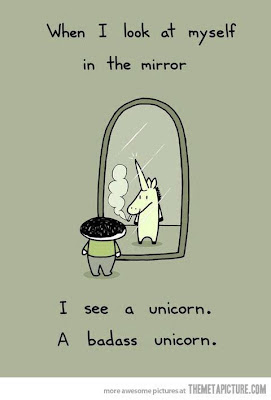 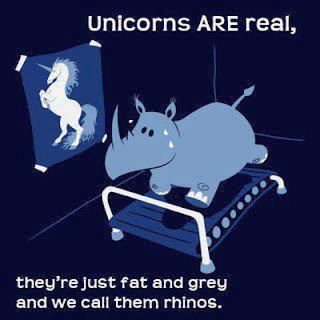 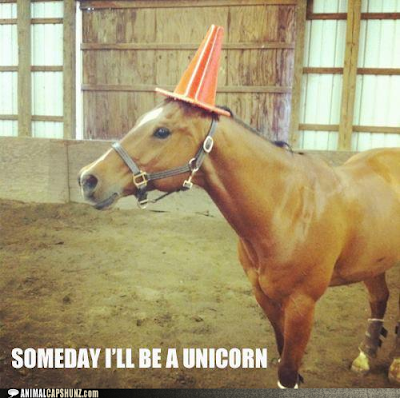 Hilarious, love the tough guy one.

One day I'll paint you a unicorn!

On That! this unicorn is going back to bed...hahaha

ahah the rhino one is hilarious :)

I'll be calling rhinos unicorns from now on!

Those are awesome. I wish I was a badass unicorn.

Also, expect your drawing some time today. I need some time to think about what I'm going to do, first.

Awesome. Yesterday I saw a "missing poster" taped to a lamp post. I wish I'd taken a picture. It read...

"Missing Unicorn"
with a photo and a reward.

Right about now I would love to be a unicorn. Happy Monday.
Mary

The rhino cartoon is priceless!

Hahaha...love the one with the rhino. This post reminds me of when my daughter had to write a report about an animal. She chose her favourite at the time: unicorns. And was a little surprised when I told her "Um...honey...they're not real..." :)

Too funny! I used to be a "unicorn girl" when I was 13 and wonder what I would have thought of this post back then...I think I'd still giggle.

I have never been a fan of unicorns until now. Particularly because they disguise themselves as rhinos!

Secnarf sent along the message that Rhinos love their fat greyness. But what does she know, eh?

Awww, I wonder if the rhino sees a unicorn in the mirror?

always figgered they were badass crits...

Unicorns and fairies are real. I know I will see both one day.

I love the rhino one!

Between the tough guy and the horse's dream. So funny!

I KNEW rhinos were magical. And they aren't fat, they are pleasantly ginormous ;-

OMG the first one!!! Remind me to tell you my affection with pylons one day :)

I do believe some days I have a unicorn in the Casa!

LOL! These are so funny! Especially the rhino. :0)

Love the horse. Never give up, horse! You're already fabulous in your own way.

I believe in unicorns..So's Dexter, he wants to eat one.