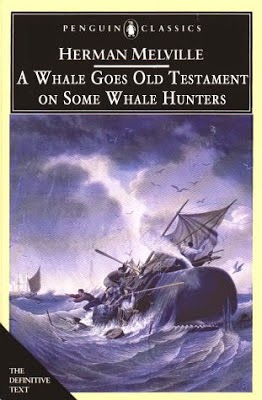 I'VE DONE IT! I finished it, everyone! Yes, after only six years of hit-and-miss effort, I can now say that I have read the unabridged version of Moby-Dick! Two previous attempts to read this book in my younger days failed -- but now I am victorious! 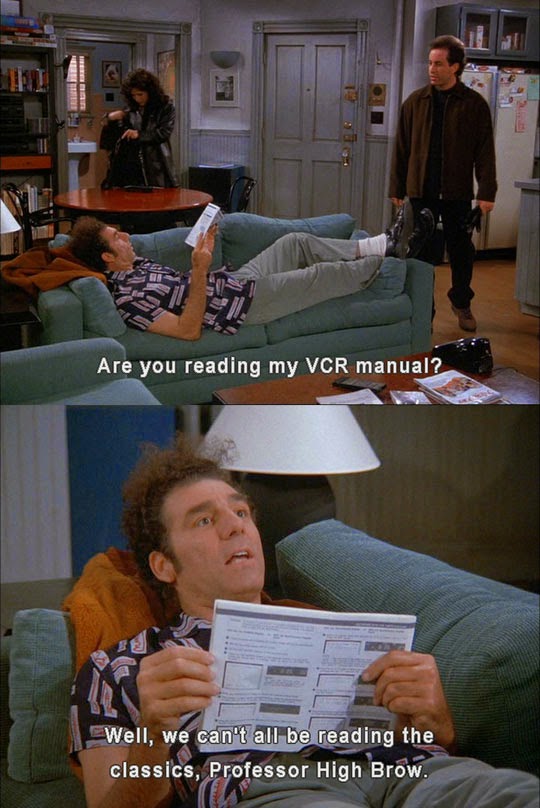 I know you're all deeply impressed, LOL. 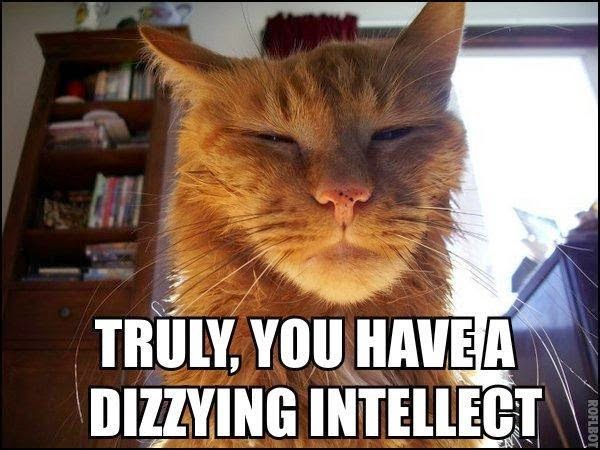 But, despite all its challenges, Moby-Dick truly is the classic of literature that people say it is. The book's modern themes were far ahead of its time and even today, some of them are still denied or hard for people to accept.

And best of all, I'm now entitled to wear this cool t-shirt that proves I'm a -- 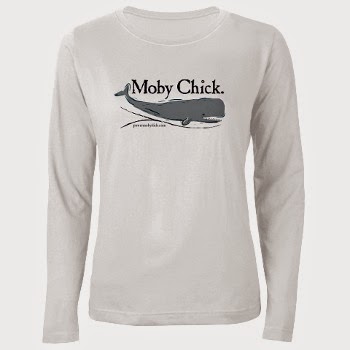 Ha, congratulations on conquering your own white whale, which was someone else conquering their white whale. I can be impressed that you've finished it. I've tried on no less than three occasions to read Dracula. It's a classic and it's something I should love but as soon as it switches away from Harker's perspective I lose a lot of interest.

I can't even count the number of tries before I made it all the way through War and Peace.

Good stuff! I've never even opened the book. Not even that t-shirt has motivated me.

Wow, I'm truly impressed. I couldn't make it past the exhaustive whale taxonomy parts. I hope that after reading the whole thing you don't go rogue on us and join a Japanese whaling expedition.

good for you,,,, we all need life goals, lol, that was an accomplishment, I have never made it half way!

I refuse to read it whole :) I skim read it at college at that is it from me :) The same goes for Don Qixote and Quiet Flows The Don :)

Huzzah! for your conquest of that mega-monolith!

Congratulations! *balloons and confetti falling all around*
Now go read War and Peace.

We had an old bookshelf full of classics and Readers Digest Condensed books when I was growing up. I was a weird kid who read everything and anything, so I remember reading Moby Dick, but as a wee person with no life experience I probably missed the jist... I like re-reading A Tree Grows in Brooklyn. It is like family to me. I read it when I was around 10, and again at 40. Totally different book. lol. I don't think I'm ready for Moby Dick though.

gawd!!! this just made my day. hahaha

I read it the first time when I was about 12..my father was impressed..then I read it again when I was in my 30's ...my daddy said 'now your just showing off.'..but I really loved that book..think it's time for me to read it again.

Congratulations. Classic or not, I don't think I'll be reading this any time soon.

Congratulations on conquering your own elusive goal. It's always a real thrill to achieve something like this. A pat on the back for sure.

Any book that offers up both Old Testament vengeance and chowder recipes is aces in my mind.

you are a better woman than i!

Congratulations! That is quite a feat! You must get one of those shirts now.

I would try reading this again just for that shirt!

Re-reading To Kill a Mockingbird (one of the kids is reading it for school) and enjoying it much more than I did when I was in school!

I have never gotten past the first page of that book, and I love to read. Now I most heartily recommend Song of Ice and Fire -- longer even than MD, with no redeeming probes into the human character, but lots of swords, dwarfs, and dragons!

Well done! That is one hell of a book to get through. I would read it during my lunches which ended up being quite a disgusting mistake (whaling, duh Suzie) but man, took forever so way to go Debra!!!! Victory is yours.

I've read the title of the book. That's about it.

This is going to sound awful but I'm going to say it anyway: If women wore that "Moby Chick" shirt in major American cities, they probably wouldn't be harassed as much with whistles, catcalls, suggestions and "Ahoooga! Ahoooga!"

No wait, I take that back. Some smart ass guy will probably say "I got your Moby Dick right here!" So don't wear that shirt or read that book. I'm sorry. I should stop commenting. Or stop drinking.

And how many picture were in the version you read?
No, I'll really stop commenting now. And stop drinking.

And wear it with pride, Debra!
You persevered!!

Why did you put yourself through such torture?
NOW, you can read a good book..."Sailing Alone Around The World". PLEASE, read it, Debra, you will love it, I know!

Applause to you! I could not, would not, will not achieve such a whale of an accomplishment. I am impressed!

You are my hero! Way to show persistence and reach your goal! I should get you to read my book club book (by Wednesday please) and give me notes. :)

Yay! Happy for you! I had to read the book in high school. Otherwise would probably never have read it. It's excellent, it's true. So much truth in it. Perhaps I should pick it up again.. I am trying to improve my attention span after all...

Wow, congrats. Never read the unabridged. I'd like to.

Maybe you should check out "The rape of Nanking". Just interested what you'd think. I read this sort of lit.

Congratulations! I know how you feel, I'm trying to get through 1984 two or three paragraphs at a time :P

Land Ho! Congratulations, and now ~ what will you be seeking?

I believe there are quite a few books that are like that for me, including one that I love using as a research guide, but probably spent the past 30 year failing all attempts to actually read it from cover to cover.

Woot! Congrats on the accomplishment! I should really try picking that book up one of these days.

Congrats, Debra! I managed to escape Moby Dick, but I do want to read it. You had me laughing over the Alberta PST! I remember living there! I have lots of family members in Alberta and their political persuasions range from left of the NDP to right of the Reform Party. We have interesting family discussions! LOL. My family had outhouses too! And working as a geologist led me to lots of outdoor experiences which I won't elaborate on! Have a great week!

The moment I saw the cover, I started celebrating! Congrats. The Moby Chick Club is always in need of a few good women. Now, we shall conquer the world...

*note to self, get awesome t-shirt*

Now you can start on Crime and Punishment.
the Ol'Buzzard

Yeh, doing my happy dance for you ;o)