Well, here we are back again in the Land of Ice and Snow after our holiday in Maui. 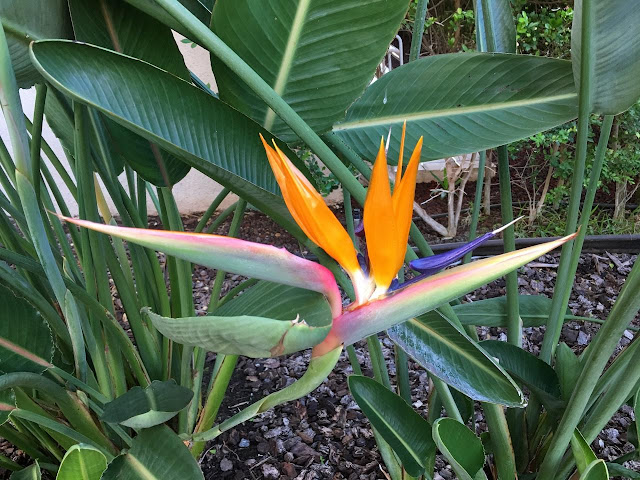 We go to Maui every time My Rare One has a Significant Birthday because she swears that "birthdays are painless in Hawaii." And hoo boy, was this birthday a doozy!

My Rare One has now reached the milestone age which entitles her to receive Free Government Money every month -- otherwise known as the Old Age Pension. And if that terminology is not bad enough, it also means she is now officially a Senior Citizen.

It took a lotta crying towels to deal with this birthday! 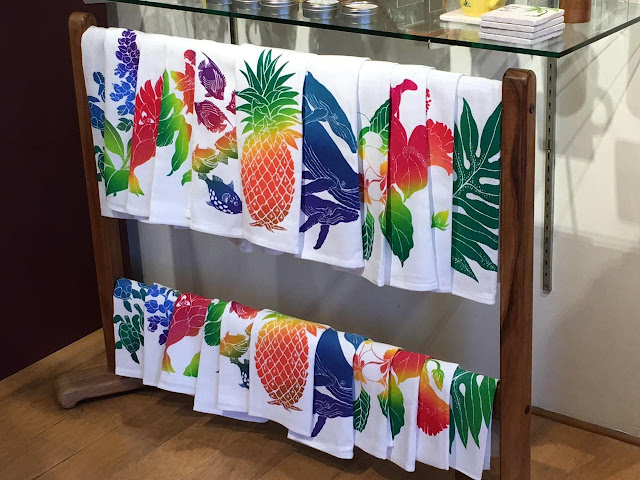 Plus a lotta sun, sand, surf and snorkeling. 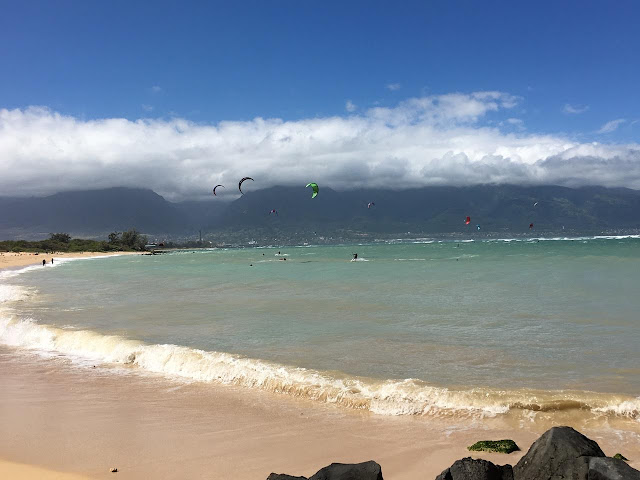 Luckily no jellyfish were encountered except at the aquarium. 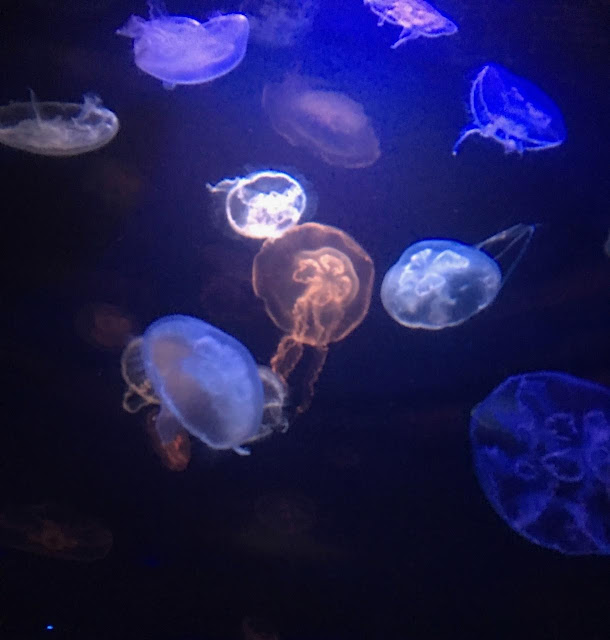 We avoided sharks too, although unfortunately a tiger shark did bite another woman at our beach. 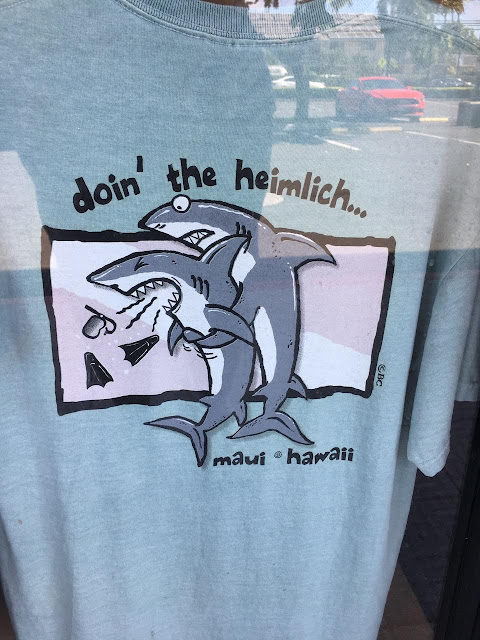 Seriously though, My Rare One took this birthday in stride. She's still a young kickass chick, goddammit!

[All photos by My Rare One]

HAPPY BIRTHDAY, rare one! what a great place to spend a birthday! HI is one state I have not visited yet. and such lovely pix too, esp. the first one.

What a clever excuse to go to Hawaii indeed! Is she now your sugar moma :) now that she gets all those monies from the government? :P

Welcome back. I used to live on Maui so I know you had a fabulous time!

Welcome, back and happy birthday

I ve missed you!!
Happy Belated Birthday to your Rare One,,what an amazing place to spend a birthday,,

Happy Happy Birthday to your Rare One! And welcome home! I am still mourning the loss of my beloved Eskies last weekend. There was much yelling in my house at the TV. :)

Happy Birthday to your Rare One. I love Maui! Welcome home!

Happy birthday to the rare one from both Fearsome and meeself. And a hearty welcome back to you! You were missed.

Happy belatedbirthday to your rare one. Hope y'all had a great time. Great to have you back.

I'll be fifty-five this month and all I got was a mango colored Mussolini wanna be for president.

You're back! WOOT WOOT! Happy belated birthday to your rare one. Maui? I'm so happy you got a chance to get away. And envious. Enviously happy for you!

A holiday in Maui sounds divine. Welcome back!

Happy belated birthday to your rare one! Maui sounds like the perfect place to spend a milestone holiday. I actually look forward to being a senior citizen and no longer working! I sort of want to be a little old lady who knits and watches soap operas.

Your Rare One and I are of a similar vintage. While Hawaii is part of the U.S. I have never had the privilege of visiting. The pictures remind me of what I am missing. :(

Great photos. Looked like you had a fabulous time. I must decide to have birthdays only in Hawaii. I wonder how that will go down at home.

Happy Birthday Rare One, you both certainly know how to celebrate in style.
The retirement age seems to be steadily rising here, I don't know whether it is the same with you - all to do with too many baby boomers retiring.

Milestone birthdays need SOMETHING! What a great sport you are, too, for going along to help her celebrate... :) Happy Birthday to your Rare One and welcome back to the blogosphere!

I could deal with a birthday on Maui! Our neighbour is going in a few weeks. Maybe I can stow away.

Happy Birthday, Rare One! Does she read your blog?

Now you back and I'm leaving for a couple days! Sounds like a beautiful trip.....and you have been missed!

@ Birdie -- Yes, she does read my blog on a semi-regular basis. I'll be sure to have her read this post though so she will see everyone's birthday wishes to her which is so nice.

Glad you had a great trip and didn't get bitten by sharks! That would really suck.

Super Happy (belated) Birthday to your Rare One! And yes, age is a totally relative thing.

Ah, Maui! Since we've moved to the East Coast, I fear I may never see it again. Why do I sound like I'm writing a letter home from the Civil War?

Sounds like life was pretty good - and Happy Birthday to Rare One. It's good to have you back where you belong. Hmmm... sorry mixing lyrics there.

Republicans keep saying that liberals are freeloaders and get free money from the government. I haven't seen a dime yet. Maybe they have confused us with corporations though they seem to have more rights than gay people in the eyes of conservatives.

Though the thought of social security dying, should scare the hell out of anyone. 60 somethings can work and even 70 somethings sometimes, but if you're 80-100 you better have some offspring ready to put up with you

Let me also add my belated birthday greetings to the Rare One. May this be the start of a wonderful and blessed year.

P.S. Did you buy that shark t-shirt? Would be the sort of thing I would get!

Thanks for informing about such thing in Canada as pension :)hehe

I am glad you both had such lovely vacations. Happy belated b'day to you Rare One! :)

Those photos are beautiful. Happy birthday to the Rare One. They say you're only as old as you feel and if she could still go through all that then she's definitely still young.

Glad you are back..Belated birthday to "your rare one"..Hope you had a super time..I'm sure you did!! Lots of memories, I'll bet..That money ain"t free!!! Hope it keeps on coming..

Home safe and sounding fabulous! I understand, I hate the count down as well........Celebrating always takes the edge off! 😘 Debi

Happy birthday to her!! May she always grow wise, young and sexy! Oh my goodness an actual shark attack? That would make me to avoid even showers!

Happy Birthday to your beautiful Rare One! Looks like you had a wonderful holiday! I hope that woman was ok from the shark bite? Welcome back Debra!

Happy birthday Rare One! I prefer holidays to Wales which is exactly the same as Hawaii (if you put it in the fridge for a day then watered it regularly). :D

These are great fun to see. Thanks to you both for sharing and Happy Belated to your Rare One!

Happy Belated B'day to your Rare One...

Belated best wishes to your sweetie! Welcome back!

Glad your back but glad you got to have such a wonderful trip.

Belated happy birthday to your Rare One! I'm a firm believer in celebrating ANY birthday in Hawaii! Terry has taken me to the Royal Hawaiian Mai Tai Bar to celebrate my last three birthdays; and I hope it continues for many more! Ice and snow after surf and sun ~ that is brutal! Hope you are both staying warm!

What an achievement! Congrats to your Rare One for making it to the primo age group. We are right behind her.

Welcome back to the blogosphere. And my son has a shirt with Aloha written on it.

Pully bone or Wishbone is famous all over the U.S.
Now, some say the one ending up with the longest side of the pully bone can make a wish that will come true...others, like my family, say the longest side means getting married first.....I had no idea Canada didn't observe this...ya'll do eat chicken and turkey, right...wonder what the heck you do with that lucky wish bone...?

Happy birthday to your Rare One! I love being old enough to get CPP. I'll take anything our government is willing to give me - tax refunds, pension cheques, whatever. Gotta pay for my knitting supplies somehow. ;)

Welcome back - I missed you! Oh man - Maui. You and Rare One picked an awesome place to go. Happy birthday to her!