Taking her cue from Monty Python's infamous skit, Leeanna Henderson of Can We Have a New Witch, Ours Melted has now started up her own BLACKMAILING home business. To cite one of her recent posts, "Yeah, just wave the pretty shiny things and the paper money and I'll take those incriminating pictures off my blog."

Ha ha, pretty funny, right? But then, just a couple of days later, this photo shows up in my email with a demand for HUSH MONEY! "Where's my check?" Leeanna wrote menacingly. I was so rattled, I didn't even correct her appalling American misspelling of the word cheque. And then, clearly upping the pressure, she repeated her evil demand in the comments on my last post! 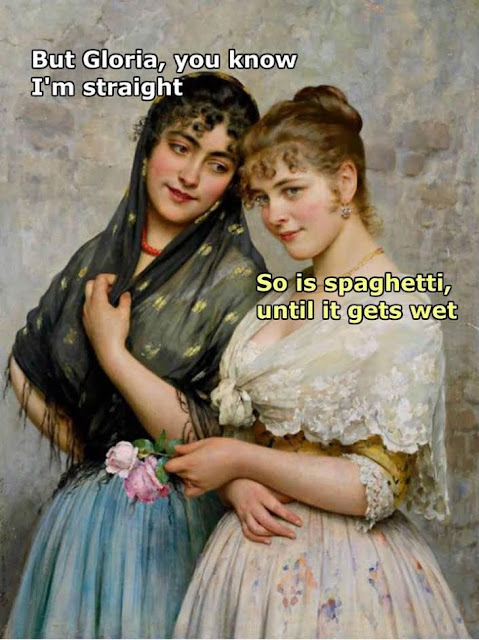 OMG, she's accusing me of seducing STRAIGHT WOMEN! Unless I pay her BIGGA BIGGA BUCKS, she's going to put my REAL name on that photo instead of the pseudonym "Gloria" (*nervous laughter*)

I have, of course, retained legal counsel to fight this. THE BEST LAWYER MONEY CAN BUY! My attorney Bill Clinton has issued this official statement on my behalf:


"Debra She Who Seeks categorically states that
she did not have sexual relations with that woman!"

He'll settle your goddamn hash, Leeanna! You picked the WRONG LESBO to blackmail, you bloodsucker! 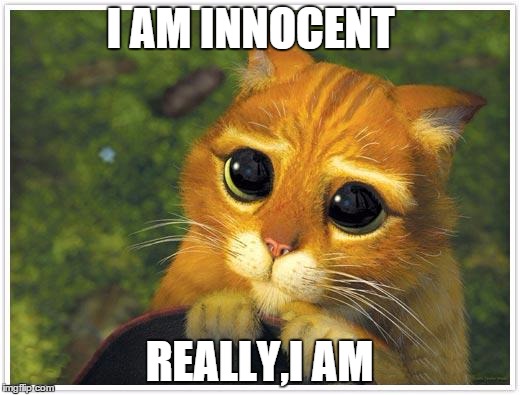 I believe in you Debra. You may have picked the wrong Clinton though. Hilary is the lawyer, not Bill.

Will it ever stop?
Leeann has threatened to post naked pictures of me on her blog unless all her readers each send her five dollars.
Really it is worth it. You don't want to see me naked. Send her five dollars.
(My wife has refused to take the pictures; but I am doing the best I can with selfies.)
the Ol'Buzzard

that tart Gloria really has always looked suspicious to me!

I've seen that one before, I liked the pun

I want to believe you, Debra, but Gloria looks like she's done. Have you considered contacting HRH, in the beyond, to see if she'll defend you?

Too funny! I love the clip.

i will never look at spaghetti the same way again. now i know why its so seductive.

Why is it that your posts always leave me laughing out loud and shaking my head? This one is exceptional.

hee hee hee! one of my all-time FAVE MP clips!

Ok, sister. You've got to return that toaster oven if you are claiming that you never turned a straight girl. Pshaw! What kind of lesbian are you! It's in the handbook, for crying out loud!

@ e -- Shhhh! That's just between us lesbos. Officially, Lesbian Nation does NOT recruit!

Off to do my kagels....you rascal you.

How much is she demanding? For half the price, I will be your alibi. I'll tell them you were with me and we were just smoking the...uh...bees!

Crap. The next step is impeachment, Deb. Try this line: "Well that depends. How do you define sex?"

Seems pretty cut and dry to me, Debra! You may have a battle on your hands here.

@ Jim -- I may have to go on Kickstarter to raise the blackmail money, but shhhh, that's just between you and me.

great skit - I don't remember that one.
About that blackmail you received - how often do you cook spaghetti?

@ bill lisleman -- You only need to cook spaghetti once, if you do it right.

Limp spaghetti is always a possibility as you get older... oh sorry it was an analogy.

I dunno, Debra. These days with all the alternative facts and such things, you better have some very good counsel :)

Your attorney Bill Clinton...wow, Debra you must be RICH!

If you're a straight woman, I am "pédé comme un phoque" as the French say.

A crossover post!?! Awesome. If you needed legal council, I don't know why you didn't ask me, I'm getting sued for libel all the time. I could have recommended better council than ol' spunky dress.

Wait a minute......I thought Puss in Boots is a heterosexual male of the Don Juan variety. I get so confused.......

Love that skit...and the spaghetti picture..Bill Clinton ?? I guess he has a little time now ;)

Wow! What have I missed? I decide to join the real? World and one of you are talking to imaginary bearded writers and the other is taking cooking classes! What happen to calligraphy? I'm going back to bed! 🙈💕🇨🇦

Ha! This is too funny. I really love the spaghetti statement and simply must pass this on. ♥

I can't stop laughing! LOL! I will never look at spaghetti the same way again! LOL!

I love seeing her show up on your blog..hahah

Call her bluff. Never give in!

Nothing like a good laugh this St. Patrick's Day morning! Have a good one!