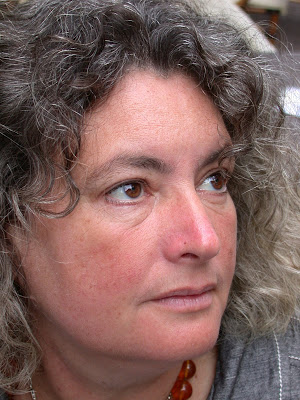 3. I have Spiral Danced with Starhawk.
In 2002, the G8 Summit was held in Kananaskis, Alberta (a Rocky Mountain resort about 4 hours south of Edmonton, near Calgary). Of course, many political activists came from around the world to protest at the meeting. A few months before the G8 Summit, Starhawk came to Alberta to teach some environmental activist training workshops, including a couple in Edmonton. She also hosted an evening celebration of Reclaiming Witchcraft spirituality at which she gave a public talk about the Goddess movement and then led everyone in a Spiral Dance. Several friends and I attended, of course, eager to see and hear Starhawk in person. It was thrilling to drum and sing and Spiral Dance with her and everyone else who was there. What a special memory that evening is!

Hers was one of the myriad of books I read during my first 3 years "formally" on the Pagan path. Very influential.
Must have been a thrill to meet her!