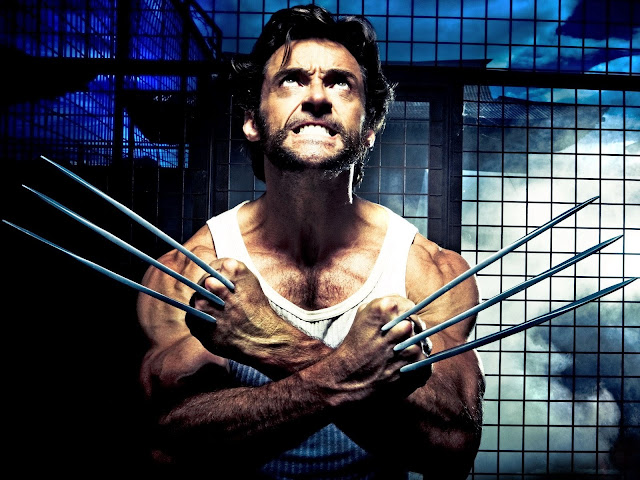 Are you a Wolverine fan? I certainly am, much to My Rare One's astonishment. Oh well, she doesn't understand my thing for Colin Firth/Mr. Darcy either. Anyway, what's not to love about Wolverine? Yes, he's a viciously violent animal but he has a tortured soul and sort of a noble nature, so he's not all bad. Plus he's Canadian so he means well.

It goes without saying that Wolverine is 110% straight. His dangerous bad-boy persona makes him a huge hit with the ladies! Provided he's had a bath first, of course, and keeps his claws sheathed. 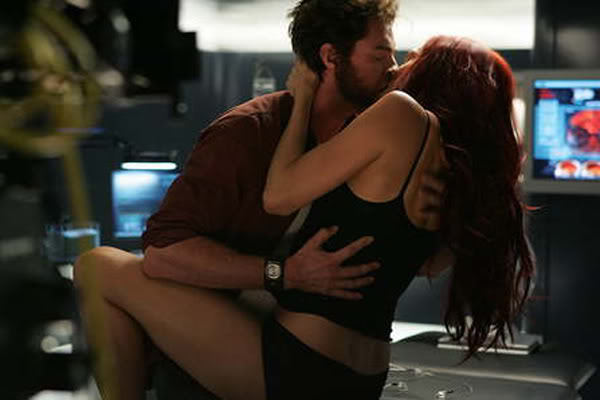 From time to time, there are rumours about Wolverine relatives who might be a little light in the loafers but hey, no one can control who they're related to. 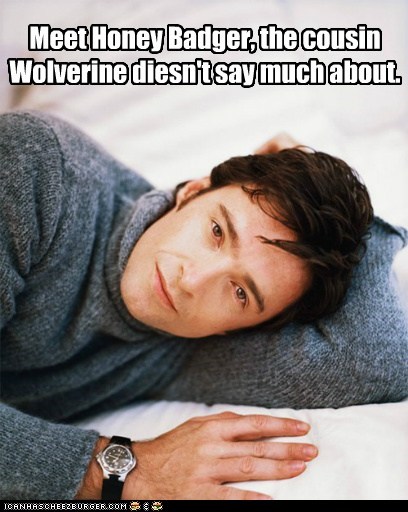 But you know what? Comics are not like they used to be when we were kids. Marvel now has this whole big alternate universe thing going on in its comics and in that alternate universe, Wolverine is gay! And in love with Hercules to boot. 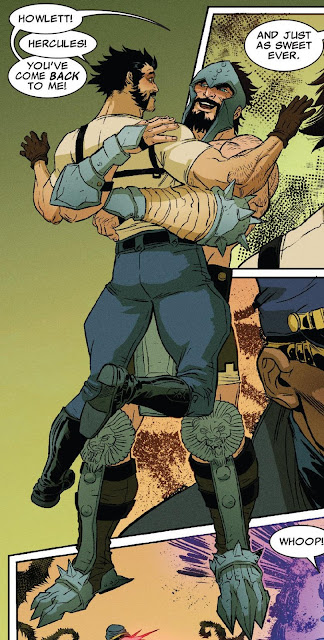 Good thing those boys are in Canada. They can get married! 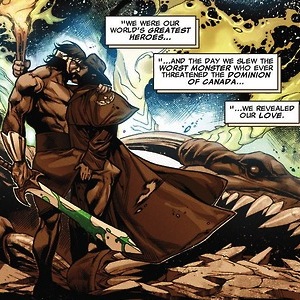 And this all just goes to prove the happy conclusion that . . . 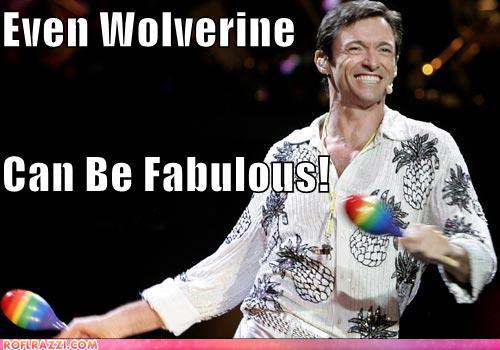 I'm not holding my breath for a gay Wolverine movie to be released anytime soon, though.

It has been far too long since I last shook my Morocahahas ! ;)

You shared a side of Wolverine I never knew existed! Yay to being Canadian! I am so mad, I missed the movie when it came out. I'm a huge fan and I total get the Colin Firth/Mr. Darcy angle. I am currently going through a Michael Fassbender/Mr. Rochester phase.

Hercules and Wolverine in love? I wanna live in that dimension.....

This had me laughing! Thank you, Debra =)

I have to admit the last picture made me laugh.

I'm embarrassed to say that I've never heard of Wolverine. Well I have now. Love the comic pics!

This makes me laugh....I was just watching Wolverine yesterday with my son who is home on leave. And, now you post this for my consideration! FUN!!

Hello Debra. Just disovered your blog and now following along via Bloglovin. I love anything related to movies, books, animals and food :)

Honey Badger....funny!
My son is a HUGE Wolverine fan. And has been since the comics came out. So I find this post absolutely Fabulous! :0)

You are so stinkin' funny. I really do love Wolverine AND his claws,,, RAWWWR. The man can scratch my back anytime he chooses.

You never know! There might be one coming out soon! I am one of those ladies who thinks Hugh Jackman, aka Wolverine is awesomely hot. But if he turns out to be gay, there are several states here in the US where he coyld be married too. But i think it should be legal in all 50. That goes without saying, really. Oops, there i go.. inserting politics into my posts/comments again

And you're right, he really needs to shower more. Hotness us better clean.

You are so funny.

Hugh Jackman made a movie JUST ACROSS THE STREET from my house this past winter!! Never saw him though...it's called Prisoners and is coming out this week, I think.

Jackman is the real deal. He can do it all. Sing, dance, slice, dice. I loved that storyline where Wolverine is gay for Hercules. It's like no one was watching and the creators got away with something great.

I used to like Wolverine a lot, now I think he is a bit overrated. You should read Batman and Batman spinoffs, Greg Rucka created many gay characters: Renee Montoya, the new Batwoman, a few others. And not in an imaginary or parallel universe either, but the "real" one.

LOL! Where do you come up with this stuff?

A fellow Canuck, you say? That's good enough for you!

I always just assumed most super-heroes were gay. I mean, look at the outfits!

Hugh Jackman never looked so good Debra!! I don't care what he does, it's all good!

Have never seen a Wolverine Movie but Hugh Jackman is a favourite.
So is Colin Firth and Mr Darcy.
Loved Hugh in Les Mis.

Not that I am a Wolverine's fan, but I do like fantasy movies and books. Hugh Jackman is one great actor, and I do like him. Especially as Van Helsing :)

A gay Wolverine would be awesome!

I'm so out of the loop! I've never seen a Wolverine movie, nor have I read the comics. I'm more of an Archie/Richie Rich girl myself!
That Hugh Jackman is pretty yummy though!

P.S. I must still be traumatized because I cannot bring myself to read the rabbit posts. :(

Nothing better than being in lust with Wolverine, eh!

I've at least heard of Wolverine! Glad to hear he's Canadian! Still LOL over this post! Have a good one!

I don't know about wolverine but I always thought Hugh Jackson was a little ...er ..feminine..?

His superpowers are a bit meh in my eyes.

That last picture made me laugh.