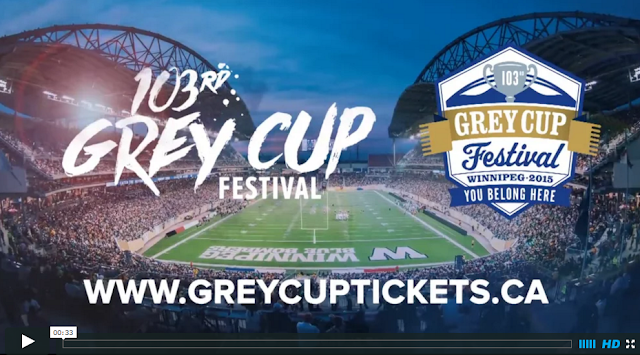 Great news! For the first time in 10 years, the Edmonton Eskimos are playing for the Grey Cup! YAY!

Today the Eskies square off against the Ottawa Redblacks for the Canadian Football League championship. The big game is being played in Winnipeg at the Blue Bombers' beautiful new stadium which is located on the grounds of my old alma mater, the University of Manitoba. 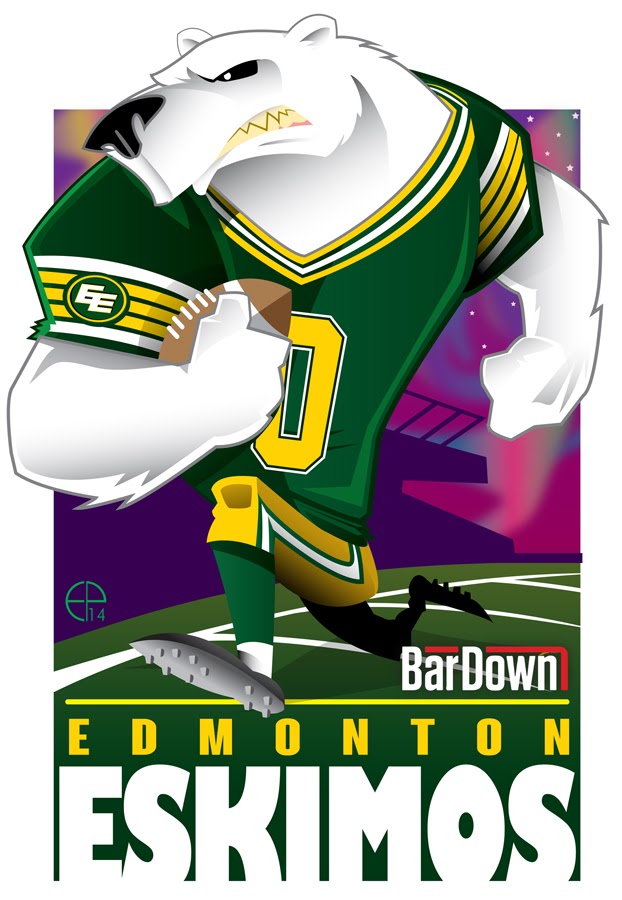 Edmonton is always careful to emphasize that our team is called "the Eskimos" because Edmonton is so friggin' cold in the wintertime, rather than the team being directly named for the Inuit First Nation. To reinforce this "weather connection," the football club never uses human imagery in its marketing . . . hence, polar bears and the Double EE logo. However, calls are quite rightly getting louder for the team to change its culturally insensitive name, coming from such prominent organizations as the Inuit Tapiriit Kanatami and Canada's Truth and Reconciliation Commission. (Incidentally, my suggestion for a new name is "the Edmonton Edge," so the team can sound modern and keep the Double EE logo). 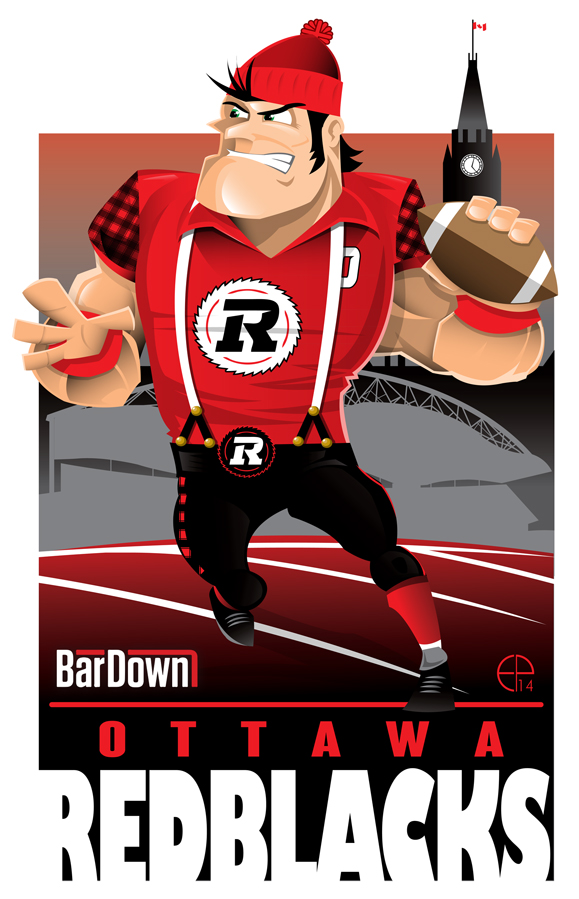 "The Redblacks" are so named because historically, Ottawa was a forestry town with log booms on the river and pulp & paper mills on the shore. And of course, Canadian lumberjacks stereotypically wore red-and-black plaid shirts and jackets . . . hence the Redblack name and their sawmill blade logo. Hey, nice tuque as well, eh?

Well, gotta go now and find our foam fingers in the storage room before game time on TV. As a prairie girl and an Edmontonian, you know for whom I must cheer. And this may be one of the last times this phrase will still be used . . . .

Exciting! :) For you maybe... If I was only into sports. Well, I'm into athletes so, that's about the same? xD

they have cool mascots!

PS 'tis lovely ending up under that Fit Stud above :)))

They should merge the NFL with the CFL. Not fair for the only other country that plays football to be excluded from our games. If they let the Blue Jays play in the MLB, Canada needs representation in the NFL.

Enter enthusiastic comment about the athletic endeavor you are happy about! Yeih team!

Such a tradition for my Dad to watch the Grey Cup after his birthday! So glad your home is being represented. I have no allegiance to Ottawa and personally find the name Redblacks so damn silly. Have fun today!

Have a fun day!

The NFL is in my family's DNA. If I could, I'd grab a 12 pack of beer and join you! I love football.

My son-in-law is a college coach and his team just won division championship. Best games ever!

I hope your team conquers!

I don't follow American (Canadian?) football. Shame on me.

Did I miss something! I thought their name was Ottawa Roughriders! Okay Redbacks, missed that, and I hate the picking apart of names....
Good luck to both teams......I was born in Hamilton so ....well you know! xo

Debi, you're right in that Ottawa's former CFL team was called the Rough Riders. But they went belly-up in 1996 and until 2014, Ottawa had no team. When they started up again, they chose a different name so as not to conflict any further with the Saskatchewan Roughriders. Isn't it SO Canadian to have had two teams with the same name? LOL

Oh and Lumberjacks... I've come all over queer just thinking about it!

You sound so happy, that your happiness makes me happy.

Must be hockey night in Canada.
the Ol'Buzzard

Too cold for me. Lumberjack? Did someone say lumberjack?? Tight jeans and plaid flannels tight shirts over bulging muscles...oops I got carried away. Lol

Thanks for the history! Very interesting! I was reading what you said to Debi, I was going to ask the same question, because I remember the Ottawa Roughriders!