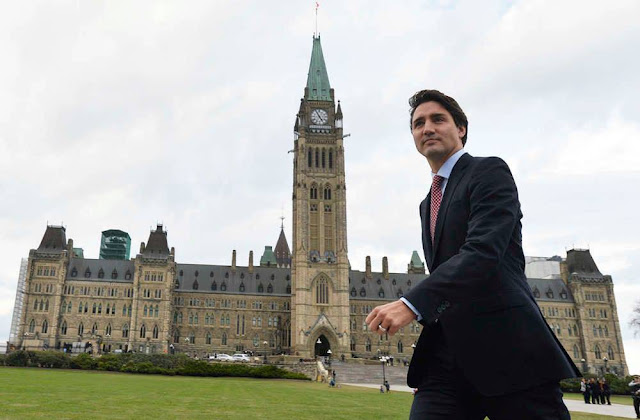 Justin Trudeau is being sworn in this week as Canada's 23rd prime minister. I'm old enough, of course, to remember when his father was prime minister. Pierre Elliot Trudeau wasn't always a good PM -- he made plenty of mistakes -- but no one can deny that he was a visionary patriot who profoundly shaped the future of modern Canada. 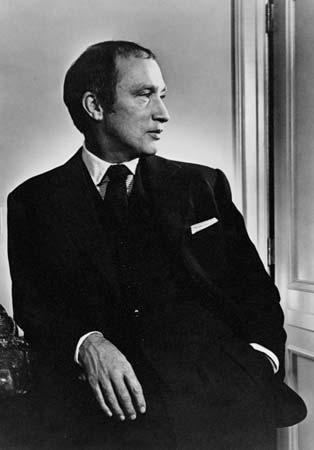 Although I never voted for Pierre Trudeau, I admired him very much and still do. Here are three important ways that Pierre Trudeau made Canada a better country --

First of all, as Minister of Justice in the Pearson government in 1968, he decriminalized homosexual behaviour. This paved the way, of course, for all our later victories. Every Canadian can still quote his famous statement on the issue, too.

Secondly, Trudeau's policies of official French/English bilingualism and general multiculturalism turned Canada into a pluralistic society where the emphasis is on tolerance and equality, not ethnic or linguistic supremacy. Much of English Canada fought him tooth and nail on these reforms back in the day but Trudeau and his vision prevailed. I firmly believe these policies served to keep Canada together during the fractious days of resurgent Quebec nationalism and separatism in the 1970s and 80s. Without Trudeau, Canada would be two separate countries by now. 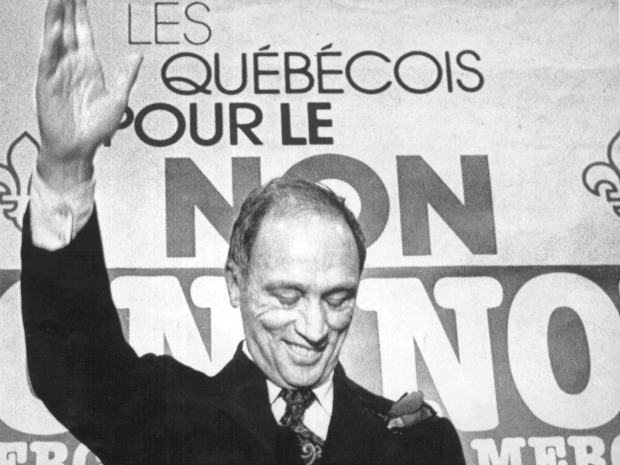 Finally, Trudeau's greatest act of nation building was successfully patriating the Canadian constitution from British control in 1982. He entrenched within our constitution a Canadian Charter of Rights and Freedoms which has transformed equality and other rights in Canada. The Charter has produced many important court victories for those who are minorities, marginalized or disenfranchised. True confession time now -- just as I never voted for Pierre Elliot, I didn't vote for Justin Trudeau either! But I look forward to his time as prime minister. If he's even a fraction of the man his father was, he can do nothing but good for Canada. 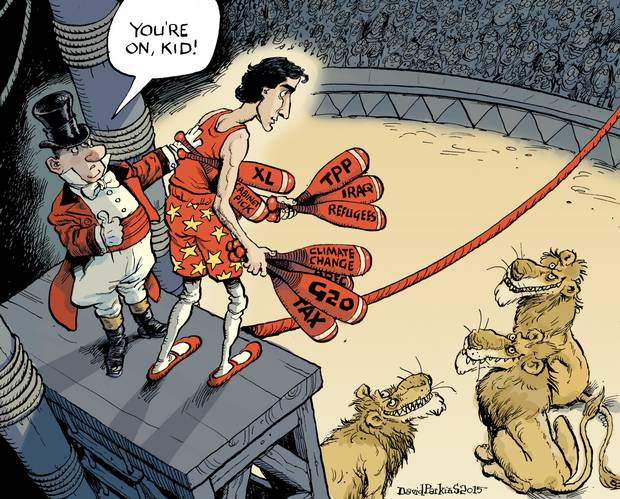 thank you for the history lesson! now if we could only implement daddy trudeau's first and second ideas here in the USA...we would have a better country.

for me, justin trudeau is easy on the eyes (yummy).

A nice post down the memory lane, well put together. Greetings and best wishes!

I'm always suspect of political nepotism. Of course, give the guy a chance, but is the guy qualified because his pappy once held the job? Pierre did some great things, hopefully his kin will follow suit.

Good luck with the new PM, we positively despise ours here!

He does have good hair...

I am old enough to remember when Joey Smallwood was Premier of Newfoundland.
the Ol'Buzzard

Joey Smallwood was one of the most amazing, outlandish politicians that ever existed - in the same category of 'Uncle Earl Long' of Louisiana.
the Ol'Buzzard

I remember Trudeau the first, although I hadn't known all he'd accomplished until now. (Thank you!) I hope Trudeau the second does as well.

I will never EVER forgive PET for changing us to metric. Ever. :(

Well written! As all your posts are. I voted for Sr. & Jr. Sr. I admired for being his own person, visionary and pissed off the old guys,
fast forward.....l.same! If Justin wasn't the leader, I wouldn't have voted his party, I'm one of those who votes the person in charge .
I'm not happy about metric either....I never changed.....stubborn old gal!

That comic is perfect. The other day I saw a comic in the newspaper insinuating that he hasn't done anything yet. It made me angry. It is going to take him years just to unravel the mess Harper made.

The Trudeau years were years of incredible change and they laid the foundations for much that went on afterwards. If you ever get a chance to see the VideoCabaret installments of their The History of the Village of the Small Huts that trace the Trudeau years it is a remarkable period in our history.

Justin Trudeau is not his father, the world has changed and Canada has changed since then. Hopefully we will let him be his own man and govern the way he and his party see fit - that is after all what we elected him to do.

Great post....
He is cute...but he lisps! Hahaha!
Wonder if he will set marijuana free....?
Enjoy your week...great weather here in Ontario!
Cheers!
Linda :o)

I'm also old enough to remember his father very well. His popular line that the state has no business in bedrooms is bang on (pardon the pun :). He did make mistakes but everyone does. And like you, I didn't vote for Justin Trudeau but I think he'll do good things for the country.

I would imagine he's feeling the pressure of filling his father's shoes. I would hate to be in politics in this day and age but I wish him luck and hope the best for the Canadian people. Nice to meet you and look forward to reading more from you.

Interesting to read, here in Belgium we never hear much about your country (I always take that as a very good sign, it must be a good place to live!). The old mr. Trudeau changed some important things, hopefully junior will have the same kind of spirit!

I like hearing how he bridged the gaps between English and French sides of Canada. You can't be a united people if you are two sides divided

I never liked the father. A great intellectual, but a vain and arrogant man who sent the army to Québec against his own people, whom he always seemed to despise. Mirabel airport was a nameless fiasco and it is shameful that they gave Trudeau's name to Dorval, the one airport that is actually still standing... no thanks to Trudeau!

He did some good things, decriminalizing homosexuality was one of them, but I can't say I liked him much.

Best of luck to him!

I'm old enough, and connected enough with my Canadian family, to remember Father Trudeau too. I'm thinking that the family is like the (relatively progressive-minded, extremely hot) Canadian version of the Kennedys. Good things are in store for your fine country.

Nice post..Thanks for the education..Glad you are happy with the choice..Hope it's all for the good..

I just heard that his cabinet is 50% women. That's a good sign! (Do you call it a cabinet up there?)

Looks like I got here Justin time. Thanks for the recollection of Pierre Trudeau. I remember when he got re-elected back in 1980 after six months of Joe Clark.

I've mentioned about the Canadian election to David Cameron. I don't think Cameron's very happy with the result in Canada.

Hopefully, Justin will be just fine and congrats to him from an NDP voter.

Great article. You got it exactly right.

I wish more people would just let everyone be with whoever they wanted. I cannot imagine the challenges you've had to go through.

I unexpectedly left Canada in 1973, so I haven't lived the changes that came in the post-Trudeau years. I really liked your summary of the impact he has had. I did vote for Trudeau; and I actively campaigned for him. I was behind Justin all the way too. Now let's see if he is ready. I don't envy him the job!

Let's hope for more tolerance & equality this time around too!