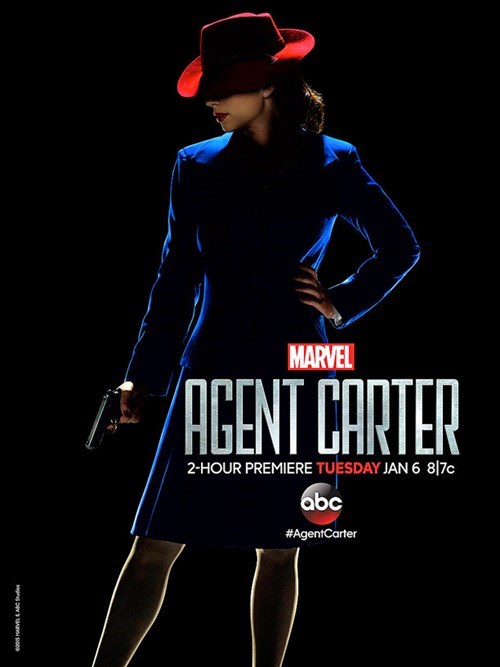 Season 2 of Agent Carter starts tonight on television, YAY! Is anyone else a Peggy Carter fan? 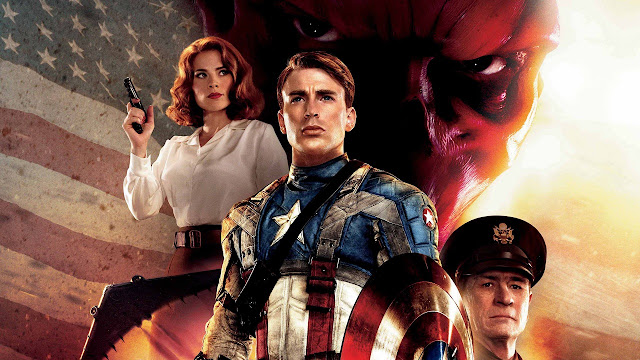 For those of you not in the know, Peggy Carter is the British military intelligence officer who was Captain America's true love in World War II. Hayley Atwell did a magnificent job of portraying her in the movie Captain America: The First Avenger. 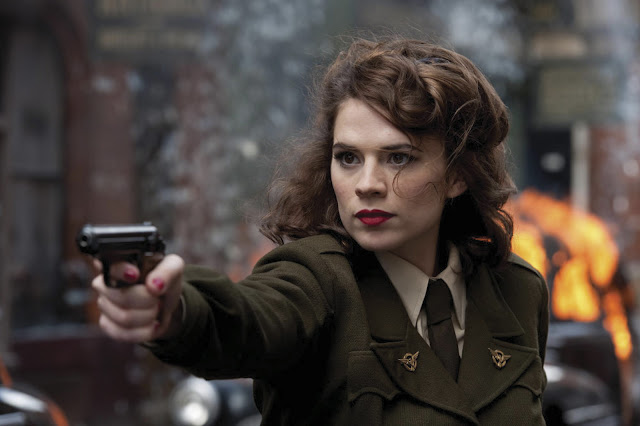 Peggy Carter is such a marvelous kick-ass female action star that Marvel decided to create a TV show around her. After the war (and Steve Rogers' apparent death), Agent Carter moves to New York to work in the Strategic Scientific Reserve spy agency. She must battle both the bad guys and her own colleagues' sexist undervaluing of her skills and abilities. What woman can't identify with that? 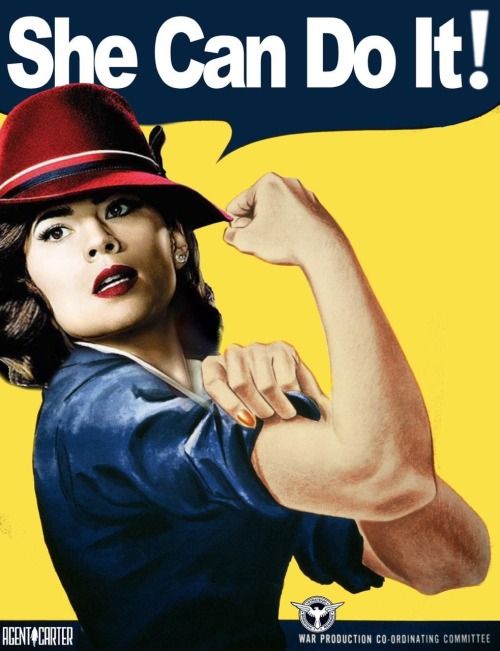 In Season 2, she is going to be transferred to Los Angeles to live and work. California in the late 1940s -- now that should be fun! And apparently she will have a love interest this season too. 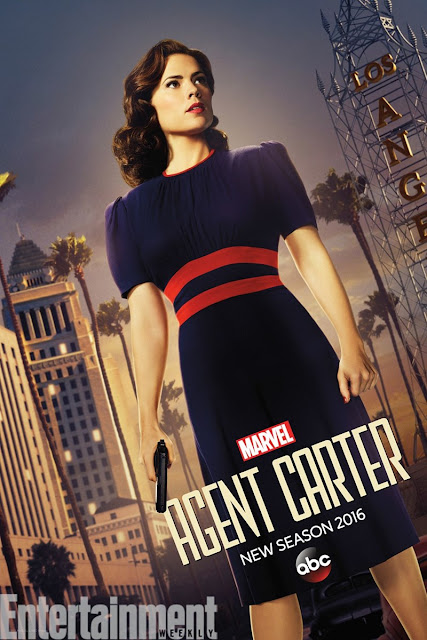 [P.S. And speaking of kick-ass female action stars, Leanna of Can We Have a New Witch, Ours Melted says to let all her fans know she'll be back raising hell in the blogosphere next Monday! Glad you're feeling better, girl!]

I've never heard of her or the programme, but I'm all for kick-ass female action stars. :D

Love the show. I also like the fact that girls have a fictional role model who is so capable. About time!

That's great news about Leanna. I liked Agent Carter quite a bit. However, I am one of those chord cutters without a cable subscription so I have to wait a week for ABC to let us internet denizens to watch it. Which, why, ABC? You're accessible via antenna, why are you against putting your shows on the internet? I'll watch commercials. The CEO of ABC is a reader of She Who Seeks, right?

hope you will enjoy the second run!

Set to record. Ready to watch!

I haven't watched the show, but I've seen the promos. She looks quite capable of kicking ass, and doing it stylishly. Go Strong Women!

I am NOW a huge BBC fan, only interesting story telling I can find on Netflix or our lame ass cable show. Don't get me started.
Anyway, loved this first season, perfectly told and executed , loved the capable female lead! Brilliant! I hope by moving this to a USA location it doesn't dilute its excellence......Yes aim a film critic/ snob
I am giving " Jekel & Hyde " Canadian production on cable a chance....,love the steampunk visuals , fingers crossed Canada can excel once again
Did you get to watch Strange Empire......on Netflix.......of course CBC cancelled it during Harpo days.

Wow, she sounds great! I must see if I can find this show!

I haven't watched this show yet but it looks right up my alley! Not just for the kick ass female role, but also for the stylish period fashions!

I was a little disappointed in the early episodes of Agents of Shield so I never picked this one up, but I'll keep it in mind. :)

Did you ever watch Bomb Girls? I loved that show. It never did get a proper ending. Unless there was one and I didn't see it. There was supposed to be a movie.

I really liked in the first Cpt America movie, but I haven't seen the show. I haven't even watched Agents of Shield yet

missed first season..so? probably won't watch..will it be on netflix?

She will kick ass in California.

I think I will tape this and give it a go. Looks like fun!

I had not heard of this, but I just called out to my husband and asked him about it, and he is recording this for me! What a great guy, he knows what I like before I do!!

I've never heard of this series...bet we don't get it here. Sounds like a fun one, too.

I don't know this show, but I hope we will get it here on television too, it looks great!

Boy, they make so many Marvel series and movies, I lose count! My father in law told me this one is great, even greater than Daredevil.

I would totally watch that if it starred Rhonda Rousey!
I may have to watch anyway, I keep hearing good things.

I'm adding it to my list of things I must watch in the next 10 years. It used to be "in the next year", but as time goes by and movies and TV shows go unwatched... I keep on adding to the timeline.

:) actually one of my favourites.
Love to see empowered women kicking ass and taking the bull by the horns.
I am a feminist at heart, hahaha