I've been a fan of Victor Hugo's Les Misérables for many years -- the novel itself and the classic old black-and-white movie, stage musical and recent film musical made from it. Love the story, love the songs!

If you're not familiar with this sweeping epic of the human condition, sit down, have a few chips . . . 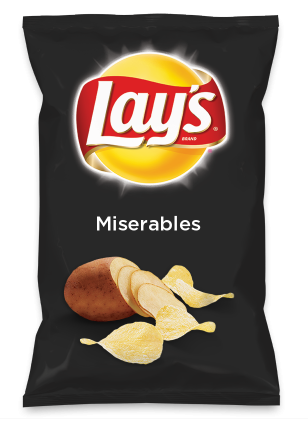 . . . and take a few minutes to decipher this condensed, but surprisingly accurate, summary of the plot. Emojis really are replacing words in our culture! 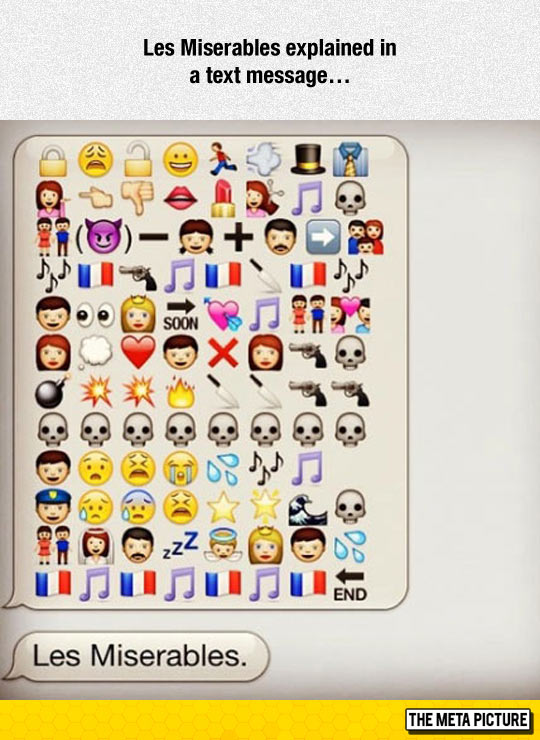 Believe me, it's a lot quicker to figure out that text message than it is to plow through Hugo's friggin' huge novel. 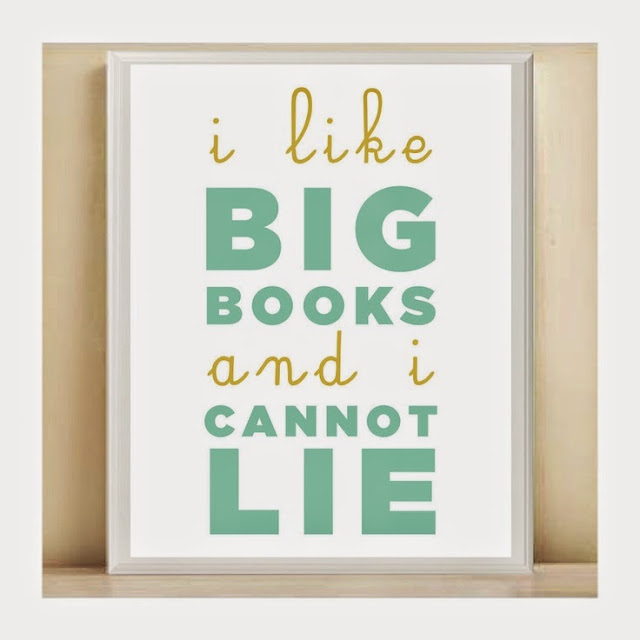 Les Misérables may be an unrelentingly grim tale of oppression and exploitation punctuated by short interludes of hope, but it can still inspire the unfortunates of today's world . . . .

And who doesn't love the soundtrack of that marvelous musical? So many awesome and memorable songs! How quickly they become earworms!

It's better watching the filmed version of the musical in the comfort of your own home, though . . .

. . . where no annoying people will be singing along with all the songs except for yourself! 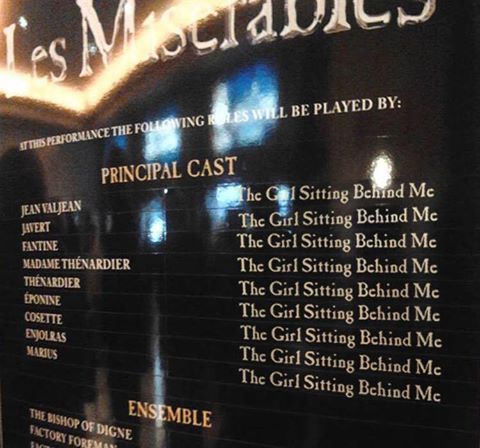 It took a while for me to read the book, it spent so much time educating me on the sewers of Paris but it was very good.

I once knew nothing about Les Miserables in any of its incarnations.. Now, I feel like an expert.

My younger daughter loves the film, I don't understand why, maybe because I'm a peasant?

I have to admit, I have never read the book nor seen the movie. I know nothing about it. Perhaps it's time I learn.
Mary

I've never read the book but it is my favourite musical. The Starbucks bit is hilarious as are the emojis.

Skeletor stars in it? :) Seems he has tons of scenes in it judging by emojis

I remember attempting to read the book in high school....miserable fail!

The last one is the best, the text message is very funny too :-).

Now I feel as if I 'should' read the book -- which I have avoided for years. I have, however, read that whale book... I do like Big Books!

I enjoyed both musical film versions of the movie, but hated the book. Victor Hugo kept breaking character to add explanations to different scenarios. It left me wanting to slap him and yell "You had nothing else to do for TEN YEARS! Don't you think you could have cleaned this up a little?"

I really enjoyed that video. I had no idea so many interesting actors were in that movie. I've never read the book and I've never seen the movie. Perhaps it's time...

hahhaa...great post...I love your funny personality.
One of my grandsons took me to this movie and, right from the instant it started, I was totally and completely LOST. I never did figure it all out....very confusing and I wasn't even olden yet.

Lacey Jean says why do i need a snow brush when i have my granddaddy (that's a lot of d's) close by....:)

my daughter was in a production of Les Miz.....in college. And the one starring the girl behind me was so very accurate at the performance. This was great.

I've seen both major English-language movies, though I prefer the most recent one

I have to be honest. I have never see Les Mis.

Okay, that last picture made me LOL! Everytime I have seen this musical, it is like I am sitting in the chorus! Brilliant. I have a very old copy of the book that is in two parts.....have to say that helped me reading it for the first time.

One of the things I am proudest of is that I can sing all the words to the songs on this musical, Phantom of the Opera and Cats. I am a freak for them all. I broke up with a girl on the day of Le Miz and I gave the ticket to her mother and the two of us went and that was my best F-you I gave to anyone ever.

I know Les Misérables mainly from a Japanese animated adaptation, which was quite soppy but enjoyable. Then I listened to the musical in its original French, I thought the texts were not always great. I need to read the original novel. I read some of Hugo's work, Notre Dame de Paris and Les Contemplations, as well as Hernani which I taught at university, I need to get down to read this novel.

Oh and the greatest musical adaptations of Victor Hugo's writing are the poems made into music by Georges Brassens.

I didn't read this one but I did read The Hunchback of Notre Dame and just love watching the movie with Maureen O'Hara. What great writing by Hugo to prompt such great movies, theater etc.

book was really long..and you had me on the musical till you showed me Russel Crow...yeah, no.

The emoji version makes sense to me. Les Miserables has been Willy Dunne Wooters' favorite book since he was in high school--and we're not talkin' just the other day.

I'm afraid I will be in the minority here so I will not share my feelings about the musical - either stage or movie version with you. However the emoji and movie poster... that is sooooo cool.

I went to the stage show in London when it first came out, no one sang along behind me though!

I'm going to be honest. I haven't seen Les Miz. But a friend of mine watched it again a few days ago and made me listen to one of the songs. It was great.

Actually liked the trailer better than the movie. But I loved the cast of characters in your last photo. That girl, she's everywhere!!

I don't think I could read the book! Too long! Liked the movie! Mom and I wanted to say thanks for wishing us a Merry Christmas! We both thought that was very special of you! Mom was really touched!