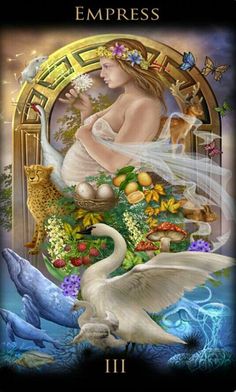 [Legacy of the Divine Tarot]

Men and women whose soul card is the Empress lead extremely creative lives and have amazingly fertile imaginations. Their creativity can be expressed in any field in which they work, not just in traditional creative endeavours like art, music, literature, etc. They are loving, nurturing people who promote growth in those around them. People who embody the Empress enjoy all the finer things of life, revelling in anything that is beautiful, intoxicating, delicious or a delight to any of the five senses. They deeply feel the interconnectedness of all beings and all life.

There are two other major arcana cards in this constellation which influence an Empress' soul path: the Hanged Man and the World. 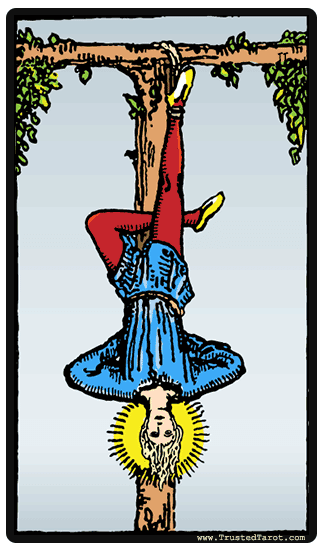 The Hanged Man usually influences an Empress' life as a hidden factor or shadow card. It can often manifest as co-dependency in relationships, when a nurturing Empress becomes enmeshed in the lives and issues of others. This co-dependency is expressed as love and concern but really involves controlling behaviour that benefits no one in the long run. Or an Empress' creative endeavours can become so all-consuming that the Empress will sacrifice everything else in their lives to it. The Hanged Man can also negatively manifest as a tendency to "hang on" to fears, roles and patterns that are detrimental to an Empress' life and growth, including issues of addiction.

To integrate this shadow, the Empress must learn to foster balance in life and to focus on personal needs and issues instead of on those of other people. These are the great lessons which must be learned by an Empress to avoid getting lost on their soul path. 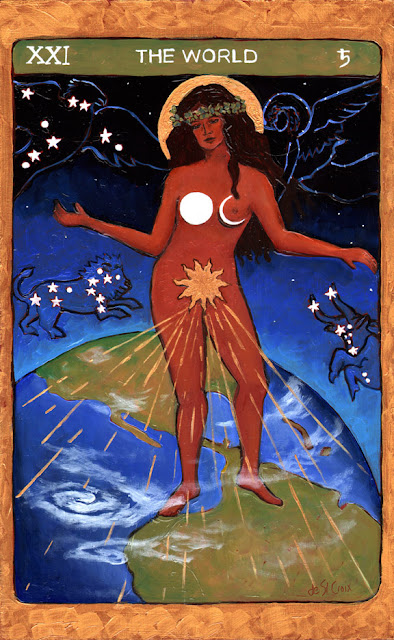 For an Empress, the World card concerns structure, limitations and rules. People on the Empress soul path often find necessary restrictions challenging to develop and to live within. For example, while overflowing with creative ideas, an Empress may unfortunately lack the personal discipline and business skills to bring those ideas to fruition or to market their output. If an Empress rejects any kind of restrictions on their freedom or creativity, they tend to run wild and dissipate their natural talent in confusion and chaos.

Next Week: the Emperor Soul Card

[NOTE: If you haven't yet determined what your Soul Card is and would like to, please go to the introductory post of this series found here, do the calculation and play along!]

Don't know how this works, but could I be half Empress and half Magician?

I want to come back as an Empress.

I'm thinking like Kay. Could I be half Empress and half Strength. I can relate to how the World card effects her.

One of my besties is an Empress and I was struggling to see the connection until reading the Hanged Man shadow card. Bingo!

Oh to be creative!

Why, I am both Goddess and Empress, thank you very much :)

These posts are fun!

How fun Debra. I am #2 High Priestess.

Wow, that is pretty much right on for me.

Why all these fancy ones for tarrots? No janitor? No bus driver? No repo man? Well geez

I redid the math and I do get #3 but that does not fit at all, so maybe I should talk to my mother?

I am so loving these posts Debra! Thank you!

Fun posts! Forgot to say before - I am a Magician....shhhhhh...don't tell any of my 'churchy' friends. lol

Hope you have a wonderful night and don't forget to set your clock ahead, Debra! xo Diana

Okay, I went back and figured it out, I am supposed to be the one that reminds you of the word "elephant." (Figures!)

My favourite writer Anthony Burgess made some Tarot cards, which were quite interesting.

The codependency piece sure resonates with me, but I'm still more of a Priestess.

Have a great week, Debra, Rare One, and HRH.

THis is fun to read about, for sure.

Hi Deb! Just wanted to come around and give you an extra hello, because I haven't seen you blog land. Hope everything is well! Big Hugs!

"...dissipate their natural talent in confusion and chaos." Now that's a misunderstood artist.

I'm shocked I didn't come out as this. Truly!

I've been loving these. I'm a 1 but it didn't represent me too much. Or maybe I just don't see myself well. ;)

So no one is perfect hua!

first para reveals the wonderful skills of this card and last one acknowledge that harmony and balance are only source to "successful existence .
thank you dear Debra,you are doing amazing job here

Well I want to be Empress.

It appears I'm an Empress! So much fun and interesting.
Thanks :D

That image of the Hanged Man is so familiar. The Rider-Waite-Smith Tarot cards are the ones I remember from my earlier days. My sister Barb was very talented reading tarot cards. She stopped because I think she was a little freaked by how well she read them. I'm enjoying your series, Debra!

So interesting - and so true - 100% - and this is not news to me, but I do love reading the way you explain things that pertain to my signs and cards. This is a very interesting and important series - it has helped me to think and ponder. Have a grand weekend.