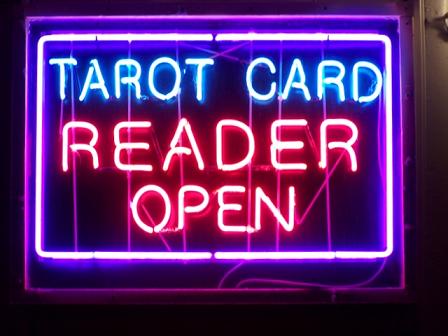 It's been quite awhile since I did any major posts on tarot, so I am starting a new series concerning Tarot Soul Cards!

Just by way of background, I've been reading tarot for 25 years now and have always found it to be interesting and instructive. I subscribe to the Jungian view of tarot as a psychological expression and reflection of our inner self, rather than believing tarot to be some woo-woo manifestation of the Occult.

Similar to the symbol system of astrology, the major arcana cards of the tarot can be used to describe and categorize someone's soul path or soul journey through this world. Every person's Soul Card will fall into one of the following nine types:

These Soul Card types are often called "constellations" because each type is made up of one dominant, plus one or two secondary, major arcana cards.

To find which Soul Card is yours, do the following calculation.

The goal is to reach a single-digit number. Once you reach it, that number is your Tarot Soul Card. In this example, the Soul Card is number 5 -- the Hierophant. 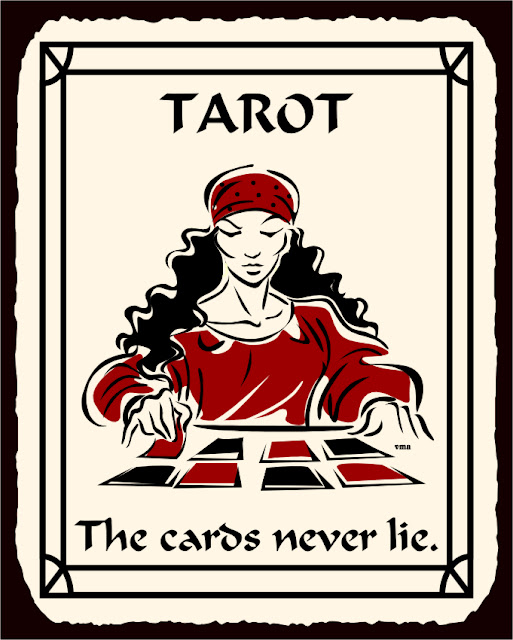 Every week, I will write a post describing one of the Tarot Soul Card constellations in turn. I hope you'll play along, calculate your Soul Card number and enjoy learning about your own constellation when it is posted!

As always, anything about tarot on this blog is just meant as fun and entertainment, rather than as serious advice about how to live your life.

Next Week: the Magician Soul Card

this is going to be interesting.

my friend spo at http://sporeflections.wordpress.com also reads tarot and is a jungian psychiatrist. check him out!

I look forward to this as well. I got the Lovers. Big surprise there.

Hierophant! Looking forward to this series.

Me, too. #6. With days of blank time on my hands last summer, I thought I'd learn tarot. But, my brain retains little. This will be interesting.

9 - hermit. I google what that meant in tarot and it is a perfect fit since I am such an introvert. I worked my butt off so I could work from home by myself.

I'm a Hierophant, just like your example! I'm a non-bliever in most things (that sounds terrible), but I'm really interested in your approach to Tarot, which I know nothing about.

As number 9 The Hermit , I think it suits me quite well for I enjoy solitude as almost much as being in company. What though I wonder will you make of that ?

Has been quite a while since i started believing in anything but ma self, friend D ... smiles ... Love, cat.

Looking forward to this #5 hierophant...

Years ago was told mine is the Magician (reversed)...

I'm a high priestess. Could've fooled me, or anyone else.
This was fun.

Happy Friday and weekend to you, the Rare One, and Your Royal Highness. By the way, she should paws for a moment to visit my blog.

My wife and I have a friend very much into it. We bought her one tarot deck from Montreal and she was very happy.

#3 The Empress for this olde broad.
I'm look forward to this adventure with you, xoxo Oma Linda

I am fascinated by tarot cards and my most recent story revolved around a very special pair of tarot decks loosely based on the Visconti Sforza decks. I think those are the most beautiful cards I've ever seen.

I got the Hierophant, which makes sense in a weird way.

since 3 of these have a gender associated with them what happens if your gender doesn't match? sex change?

Mine is the Magician so I can't wait til next week!

@ bill lisleman -- even if a card's name is gendered, like the Emperor or Empress, the significance of the card is applicable to everyone regardless of gender.

mine is six - lovers???
the Ol'Buzzard

Yer, whatever - now have only two cards in my pack, the Ace; and the Joker.

That Tarot card has a lot of explaining to do.

Lol'd at your use of the word "woo-woo." Thumbs up.

Turns out I'm an Empress or maybe a brand of peanut butter, eh. Interesting stuff, Debra.

"Just by way of background, I've been reading tarot for 25 years now" Good grief, Debra, you really should get some sleep! 😉

I’ll have a go at anything “psychological expression and reflection of our inner self” as long as I don’t have to believe.
Oh, look, I’m an Empress, I’ll take it.

This is really cool Debra. I'm the Magician, and I'm not too surprised. :)

Debra!! This is so cool! What a fun treat! Thank you for doing these posts! I'm all excited! I'm number 6! Lovers!

thank you for stopping by my blog the other day.
I have been reading tarot cards since college days; I have a collection of packs.
I am curious to hear your ideas on the cards.

My soul card is Page of Cups.

let me look for mine one Debra!

This is so cool, Debra! I'm an eight. Righhttt. lol

That was fun to add up.

I used to read cards but not the real way, just the way that I felt them, if that makes sense.