The Battle of Vimy Ridge

In Canada, this Saturday is Vimy Ridge Day. It commemorates a First World War battle that has become a Canadian symbol of achievement, nationhood and sacrifice. Mainstream historical interpretation holds that Canada became a truly independent nation at Vimy Ridge, no longer viewed as simply part of the British Empire. 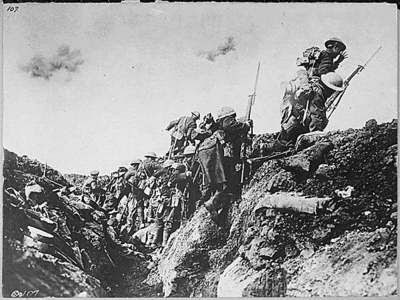 Vimy Ridge is an escarpment in France near Arras. The German army captured it at the beginning of the war in 1914. Neither the French nor the British succeeded in taking it back and, as a result, they believed Vimy Ridge to be untakeable.

But on April 9-12, 1917, the Canadian Expeditionary Force captured Vimy Ridge, thanks to "a mixture of technical and tactical innovation, meticulous planning, powerful artillery support, and extensive training, as well as the failure of the German Sixth Army to properly apply the German defensive doctrine." (Wikipedia) 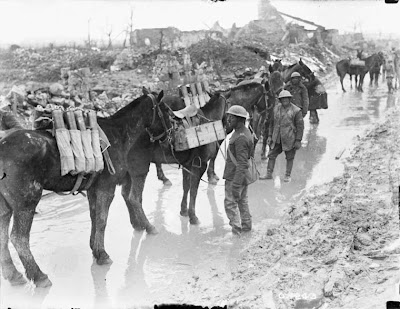 But, like all such victories, Vimy Ridge came at a terrible price -- 3598 Canadian soldiers killed and 7004 wounded. German casualties are unknown but 4000 prisoners of war were taken.

Today, the landscape around Vimy Ridge is still heavily scarred from that wartime period, scars which are easily visible under the fresh green grass. The whole area remains honeycombed with tunnels, trenches, craters and unexploded munitions. As a result, much of the site is closed off for public safety. Only sheep are allowed to wander these spots. Their job is to graze and keep the grass short. 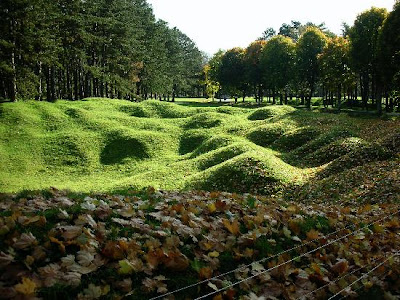 And, of course, Vimy Ridge is also surrounded by Canadian war graves. 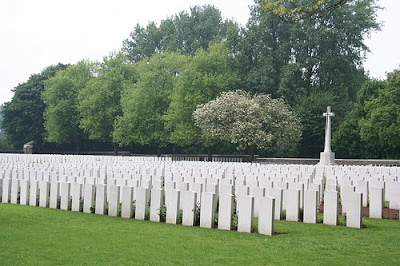 [Photos borrowed from various sources on the internet.]

[Remember to enter HRH's Birthday Giveaway if you haven't yet -- click here to do so!]

Oh Debra, how beautiful. I had never seen these photos. My grandmother's only brother died there, age 19. His body was never found.

Thanks for such a moving tribute.

Very interesting, I have read about it before. The photo with all the green hills almost makes you feel as if one were there. take care.

Canada always does such a nice job of commemorating the soldiers who lost their lives at Vimy Ridge. That should be a lesson to any country who wishes to go to war....
I have seen the graveyard before, but never the area where the actual pockmarked ground was.
Thanks for posting this.....for their memory....

This is interesting. My Dad took part in WWII but he was in the Pacific.

The photos have a deep sense of emotion about them.

How does one wish well, on such a Remembrance Day?

I guess, I wish you remembrance of brave people.

my heart breaks for these soldiers...it is a sad day to remember ...but remember we must....It is our history and they deserve great respect. ...seeing your photos brings it home.....

Thank you for sharing this. So tragic, but such a great memorial.
Mary

Oh my...I didn't know about this one! What amazing pictures..both past and present! Hugs hon, Sarah

Good morning.....thanks for sharing this wonderful piece of Canadian history. I know so very little about WWI....this was interesting.

Thanks so much for sharing did not know this bit of history - I have an american education, so that is no surprise. :)

a Sacred place - bless their souls... but I still don't get wars or fighting. don't get it at all

People who fought for freedom in WW1 will never be forgotten.
My country lost more than a million people in that war (which is a shocking number having in mind we have just around 8 million citizens), but we won many great battles even though we were surrounded by enemies all around, and many of those battles have changed the course of the whole war.

humming the Canadian national anthem to herself...*

I always learn so much from your posts, Debra! This is a wonderful acknowledgement of the sacrifices so many young men made for their country, and the photos are extraordinary. There remains something eerie about that bumpy field in spite of the bright green grass that covers it...