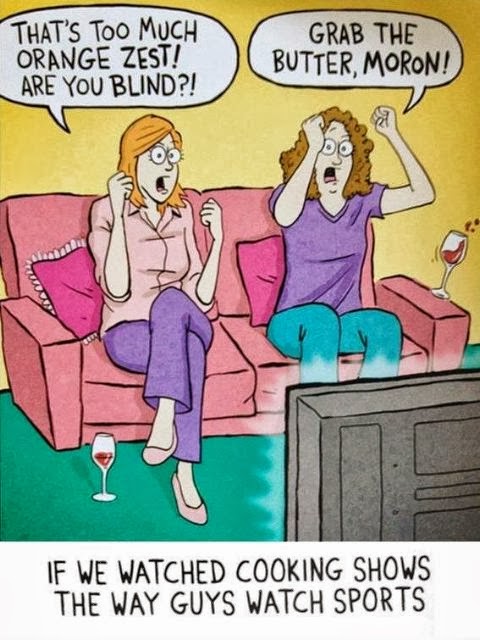 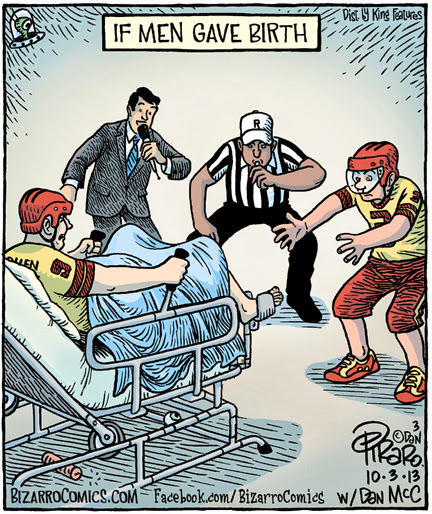 hahaha...if men gave birth though, there would be lots of tears involved.

Hahahahaha...too funny! And that second one is hilarious!

LOL!!! Great way to start out my morning. You have an uncanny way of knowing how to make one laugh.
Mary

that first pic is totally how I watch cooking shows...... I turn into a sailor with all the swearing and bad words :)

Haha! Men and woman are so different from each other. There is no denying!

if men gave birth our species would have ended long ago!

Hilarious! I did see somewhere they were coming up with an EXTREME Knitting video game. I can't imagine, but it sounds hilarious.

Lol snort! Brilliant and hilarious because it's true. I just roll my eyes when sweetie watches sports. So much they get stuck on the ceiling. Right now it's baseball playoffs or something. Blech.

If men gave birth! ha! Can you imagine? It would have to be when there were no sports on TV, which is never.

Too funny! I hope that you are enjoying your day!

I have no idea why anyone would watch sport or cooking shows on tv!!

My eldest daughter is sports mad and swears and shouts at the tv the whole time. :D

There'd be lots of babies born with head injury.

Those are really funny. The world's population might start decreasing if men had to go through labor and delivery.

Jeesh. I was expecting cats. and dogs. But these were pretty funny anyway. :)

Men giving birth? If only that were true. And I don't curse with cooking shows, I drool.

As a guy who's been cooking for years upon years... I may or may not talk to the TV like that when those cooking reality shows come on.

LOL ain't that the truth!

I have nearly the very same food comic on hold waiting to post. You beat me too it.

I needed that laugh!

You are awesome! And sadly the Food Network is kind of getting like that now, LOL.

If men gave birth, dinosaurs would be teaching baby dinosaurs about the mysterious human species that disappeared. And my wife does watch cooking shows like that.