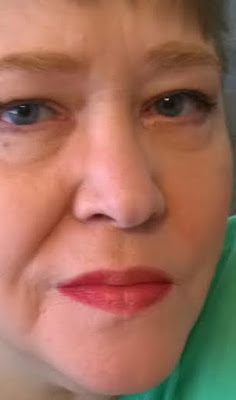 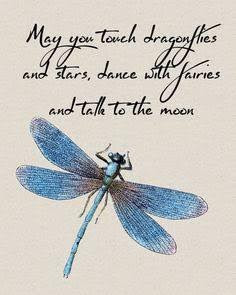 It's always sad to lose an original voice, someone who was willing to share her thoughts and touch others. My deepest condolences.

Such a sad loss. My heart goes out to her family.

This is such a lovely tribute 🖤

I did not know her, but she sounds like a wonderful, strong woman - someone to admire. Lovely tribute, Debra.

I did not know her, except through comments she left on john gray's blog. she persevered. she is at peace.

She sounds like a wonderful woman.
Hopefully she is at peace today.

so sad :( It's nice of you to honour her this way, Debs

so sorry you lost your friend. sometimes i think blog friendships are tighter than face to face ones!

I'm so sorry about your blogging pal, Debra. This is a lovely tribute to her.

Thanks for the "Jacqueline Music." I wanted to include something, but couldn't figure out what. Your choice is perfect!

Web friends are still real friends and losing them is hard. A great tribute

Perfect tribute to Jacqueline. She was an original soul, heart as big as Texas and no matter the physical adversity she persevered. I wish I had her strength! I will miss her voice in the blogosphere. Thank you for this post

So sad. It always feels wrong when someone passes away from anything other than old age. :( People like Jacqueline are so inspiring keeping up humor during extremely difficult times. Beautiful dedication. This song is uplifting and fun so I can see why it was such a hit with her.

I hate to see this happen. I've lost a couple people whose blogs I have followed and it's a weird feeling.

I didn't know her blog, but I trust she left behind an interesting and set of writings for us to remember her by!

Ah, that song. I haven't heard it since her blog. What a great way to remember her. I never once saw a bit of crankiness in her. Just beaming positivity, in her food, the music she enjoyed, and her writing.

So sorry to hear of the loss of your Friend, dear Lady Debra...
Remember her for the times her posts gave you a pleasant smile.... and keep your fond memories of her alive... Stacey
... we loose Too many of those whom we care about...
take care and be thankful for the loved ones that are still a part of your life....

Lovely tribute to someone I would have liked to have known.

May she go forth shining and may all her words shared and ideas that inspired give your heart warmth as she goes.

You have a similar gift with words, Debra. And Jacqueline worked magic with words - even her comments impressed me. As you mentioned, though, her most remarkable trait was her phenomenal spirit in the face of countless obstacles.

Thank you, and gratitude for the mention. It was an honor to coordinate this in our dear friend's honor.

May her soul find rest...

I'm sorry for your loss, Debra.

I did not have the privilege to visit her blog, but I am sad nonetheless. Its true what others have said and I shall echo, sometimes those in blogger land are closer than those in real life. May she journey well.

I didn't know her blog but this is a lovely tribute from one blogger to another.

I am soory for the loss of your friend, Debra. It is wonderful to honor her this way!

I didn't know her but it's always a sad day when we've lost a dear friend - online or otherwise. :(

I didn't know her but from the way you've described her, I wish I had. I'm so sorry. Blogging buddies dying hurts like hell.

A beautiful post and tribute Debs. Yours is the second blog I have seen this on. She sounds like a pip!

Sorry to hear about her passing abut a lovely tribute to this lady, who sounds like phenomenal force. May she pass into the next life and carry on her inspiration.

Sorry to hear about the loss of your (blog) friend. Such a lovely tribute to her. May she rest in peace and may light shine forever upon her.

I am sorry to hear about your friend. It's amazing how close we can be to people we have only ever met online.

I didn't know much about Jacqueline myself, or follow her blogs, but this makes me wish that I had. It sounds like the world has lost a wonderful person and will be a little worse off without her.

I hadn't come across her, so sorry to hear a voice go silent.

Lovely tribute. I am sorry that I did not know of her blog, but hope that her family keeps it up for a while so we can enjoy it, and her through it.

Jacqueline sounds like she was a good human being. So sorry for your loss, Debra. It is tough losing our blogger friends.

What a nice tribute..Sorry for the loss of your blogging buddy..I was not fortunate enough to have known her..Love the swing video..

I don't think I knew her

I am so sorry Debra! May she rest in peace! She sounded like a wonderful person! A very beautiful tribute! Big Hugs!

I'm so sorry for your loss, Debra. We're so blessed that Blogger has given us a way to connect with so many people, but it's also opened up a whole new avenue of loss. Hugs.

So sorry to hear about the loss of your friend. Your post is a nice tribute to her.

A lovely tribute, dear Debra! I think she would be very happy to read this <3

Sorry you lost your friend, Debra :-(

I'm so sorry to hear about Jacqueline. This was such a lovely tribute to her.

She was good and she was kind. And she was so many other wonderful things. I am sorry she is gone.

I'm sorry that you and others lost a blogging friend in Jacqueline. I did not know her or her blogs, but she sounds like an inspiring person.

Hello, dear Lady Debra ... Sorry to hear of the passing of your Friend.... take care and have a pleasant weekend...
and Hello from Marshville....