So Law and Order has now been cancelled after 20 years. Last night I watched the final episode. I confess that I am a belated Law and Order fan. I didn't really start watching it until 2005, but by then it was in syndication five nights a week so it didn't take too long before I had watched pretty much every episode!

Some characters/actors I loved; some I hated. Here's my three faves: 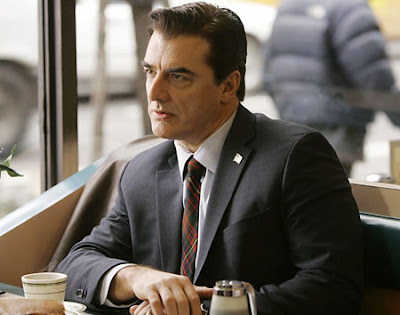 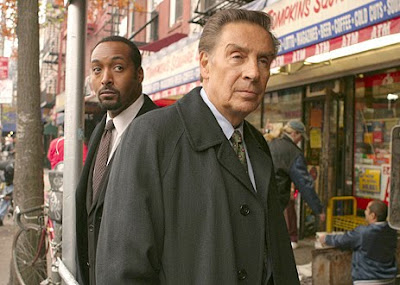 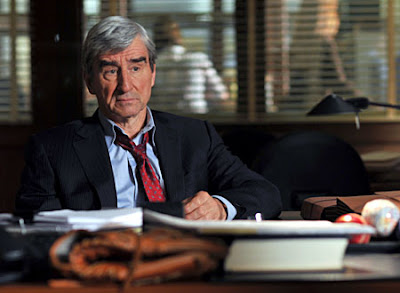 Executive Assistant District Attorney Jack McCoy (Sam Waterston) -- He's the reason I started watching Law and Order in the first place. I love a good tenacious, crusading lawyer! When he got moved to the role of District Attorney a couple of years ago and got less screen time, I think the show lost its heart and soul.

And of course, the real star of the series -- that fabulous opening theme song!

WHAT???? That's been one of my favorites for years. How can they? Do you know they have filmed quite a few of their shows right around where I work? I loved Lennie, too. He is well remembered. There are signs on the subways about donating organs, and there is one advertisement about his donating his eyes. I am devastated right now.

I took a particular liking to this show as well and am surprised that it is being cancelled. I liked the interplay of the detective work and the legal element in the court room.

Lennie was my favorite too. He was such a real fictional character, wasn't he? His life was kind of screwed up, he had problems with alcohol and money, he would do questionable things, but would do his job well...

wow 20 years is a long time. especially given that a lot of shows get canceled after 1 or 2 seasons. chris noth... love him!! hugs!!

It is amazing that a show could last that long. I have not seen this one, and looks like it might be tough to catch up. I think great characters always make the show - regardless of plot or anything else.

Awww thats bad news Deb! i loved a bit of Law and order when nothing else will do! I always did the Dionk, dionk with my head every time! i am sure they will have a channel especially for the re runs, considering they had twenty years worth, sounds like a good idea to me! Let's hope so! Hope all is well!

I preferred SVU but still a shame :)

However, when I lived in NYC, Sam Water-what's-his-name lived in my apartment building. Friends always used to get star-struck whenever they visited me and saw him walk through the lobby, or if he was eating at the same restaurant around the corner that we were eating at.

As an aside, that Chris Noth...hubba, hubba, zing, zing, baby. Phew! A man's man in a suit and with an edgy attitude...don't get me started...I may melt into oblivion. My hubby is just like that.

LOL at the "doink doink" ... yea, thats what it sounds like in the intro theme song. Must admit tho, I never did watch Law and Order.

Ok so in a round about way I came here... saw your comment on Mary's blog, came here to find out the details... guess a show can not last forever.... yea I know there are spinoffs yet are the sequels ever really as good as the original....

Those were the days noth, orbach, waterston. mmm

The sound, too. Dunht, dunht. The best thing about the final episode was that they didn't KNOW it was the final one. No hype, no dopey, beyond-the-pale story, just another wonderful L&O.(big sigh for all good things past) there are always the reruns....