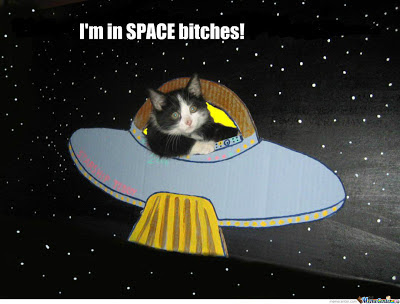 Her Royal Highness the cat and I had a GREAT time on the moon. Did you know that Hershey's has a store there? Strange but true. We brought back a BIG chocolate bar for My Rare One. (Plus another special chocolate treat that will be featured in a giveaway post on Monday!) 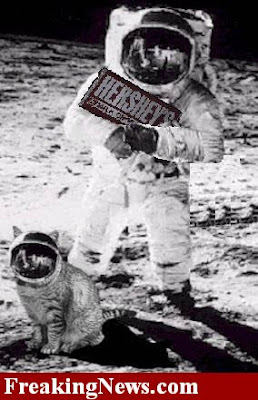 But despite the chocolate bar, My Rare One's nose was still out of joint because she didn't get to go on the moon trip with us. So she and I went on our OWN holiday after HRH and I returned.

In Hamilton, Ontario, we attended the Bicentennial Re-enactment of the Battle of Stoney Creek, one of several battles during the War of 1812 where British troops and Canadian locals prevented an attempted American invasion. 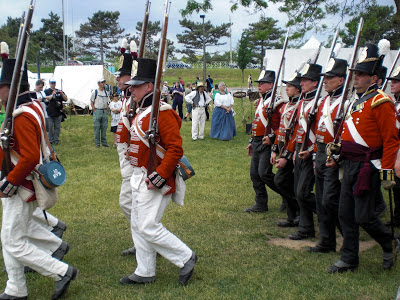 We also enjoyed meeting a couple of blogger friends for coffee and waffles at the Cannon Coffee Company, a funky Hamilton artisan coffee shop. Stay tuned for a special post to learn WHO we met! 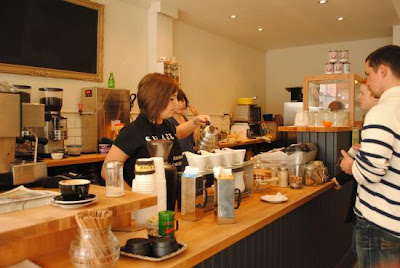 And we also spent a few days in Quebec City to enjoy an even OLDER period of Canadian history when France was the colonial power before Britain took over in 1759. 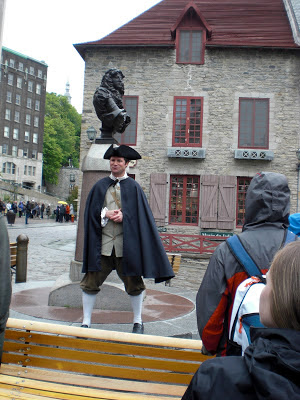 I'll be posting more about these adventures in due course!

Welcome back!!!! Hope you had a great time in Quebec!

I'm so glad you are back, what a trip, did you drive through Sault Ste.Marie Ontario?

hope HRH didn't leave a royal poop over at Moon :)

Next time we invade, we will be successful. And then you will have guns, and a narrow definition of marriage, and you will have to pay for your health care out of pocket.

Hi Laurie -- Alas no, we didn't go through Sault Ste Marie. We flew to Toronto and then drove to Hamilton in a rental car. Hopefully some day we'll make it to the Sault though and I'll look you up!

welcome back! how i love old quebec!!! i can't wait to read the posts!

Welcome back. You have been missed.
Mary

in the modern day it's hard to believe Canada and America were once bitter foes.

Looking forward to reading more about your adventures! Did you make any interesting stops between Hamilton & Quebec City? That's one helluva drive to make non-stop ;)

SHE'S BACK!
Looking forward to hearing/seeing these adventures.

Hi Jenn -- We flew from Toronto to Quebec City so no stops for us en route! Didn't have the time to drive it, unfortunately.

Welcome home!! I can't wait to read bout your adventures!!

Welcome Back! Can't wait to hear of your adventures!

Glad you are back safely from your trips! Can't wait to read more!

Hi Debra! I am glad you were gone for a while, so that I had time to read all your posts I have missed over the last couple of months!
Quebec, my stomping grounds!! Can't wait to read your stories about the trip! HRH is probably not pleased that you left her behind, even after that amazing trip to the Moon.

Welcome back! Was just thinking about you to other day and wondering when your return would be. Glad to have you back in the saddle so to speak!

Glad you had a great time. I was missing your comments and it's good to know that you are ok.

Glad you are back. I missed you!

And HRH too, of course.

Welcome back, Debra! It sounds like you had fun!!

Hey you.....glad you did have time to get away and enjoy yourself. Yeah HRH, yeah Rare One and Yeah for you.

Welcome back! Sounds like you had a great time. I only wish your trip in Ontario had been a wee bit closer so I can meet up with all of you. Hopefully, another opportunity will arise. Looking forward to reading more about your trip.

Welcome back darlin. I see you had a great time.

Welcome back! Looking forward to your future posts. Love the pics, especially HRH in the space ship. Very cute.

Welcome home. The battle re-eanactment looks fascinating. Glad you had a great time. I look forward to reading and seeing more.

Welcome back! You were missed.

Welcome back, both of you!

We missed you! Can you lend some countrymen to prevent American invasions elsewhere too? :)

Chocolate, battles and meeting blogger friends after coming back from the moon? What a treat!

Welcome back on the blogosphere! I am glad you enjoyed your trip to Quebec City.

Quebec City , I loved it when I was there! Been years. I so need another Canadian tour again! I would spend all summer up there when I was young. But Welcome back Debs, you were missed honey. I love Hershey's! My mother only lives about 20 minutes from Hershey PA. It's a beautiful town, where the street lights look like Hershey Kisses, the town smells of Chocolate, and the tan bark for gardens contains cocoa!!!! Plus you can tour the factory. You would love it! It's like Willy Wonka sort of.......

Nice to see you Debra! Pisi has wanted to go to the moon for a few years now, so we'll be waiting for your follow up!

They Come Along said...

Welcome back! Love the pics.

My brother lives in Hamilton!!! I live around two hours away from Hamilton! Can't wait to see the pictures! Loving what you showed so far ;o) Welcome back ;o) Hugs ;o)

I didn't know the moon had been moved to Canada ...did it have anything to do with global warming. Hee hee

wb ladies, glad you survived that ordeal - our own space director, hadfield, has called it quits, so you got back in under the wire ;)

Can't wait to find out who you met in Hamilton, but you know Debra, it sounds like a fabulous holiday. I can't wait to see more pictures of the Battle and of Quebec! I was going to take a break but I'll have to wait a while longer I guess. :)

Lucky you to find a Hersheys' shop on the Moon! We don't have it even here, in the city I live in.
Nice pictures of your trip, looking forward to see WHO you met :)

glad your back..you've been missed.

Welcome back to Earth and welcome home! Sounds like you had a ton of cool adventures, that is awesome you were in Ontario and no, I had no idea I could get chocolate on the moon. That has to be next foodie adventure. Love it!