My recent blog hiatus meant that I also missed Victoria Day in May, which is the time when I traditionally poke fun at the Royal Family, past and/or present. Oh well, better late than never . . . . 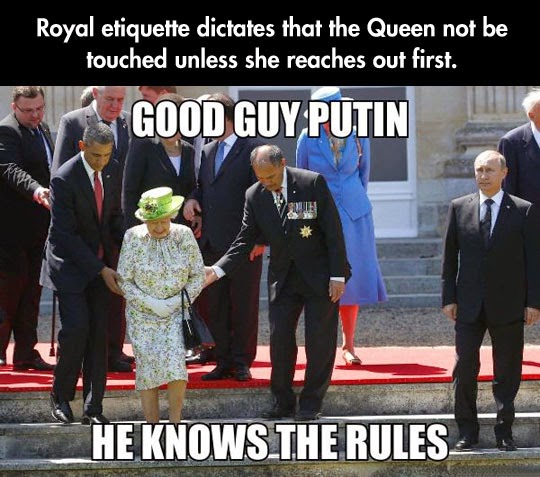 It's nice to see that the up-and-coming generation of Royals are proving to be as big a source of fun as their parents were.

Never thought of this next scenario but he's got a point, doesn't he? 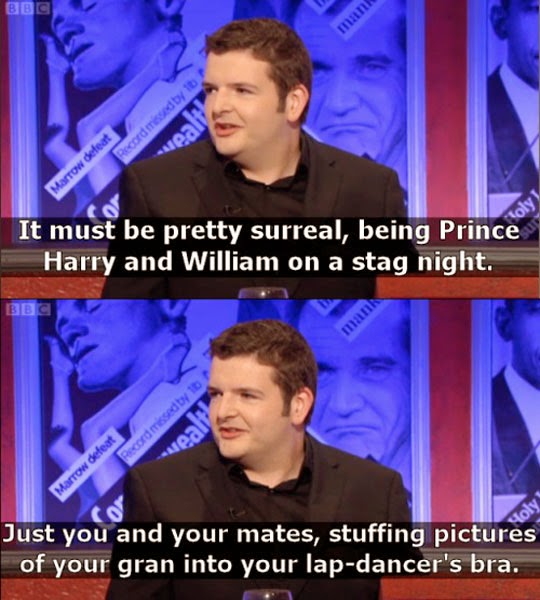 And now we have little Prince George being raised to carry on the Royal tradition. 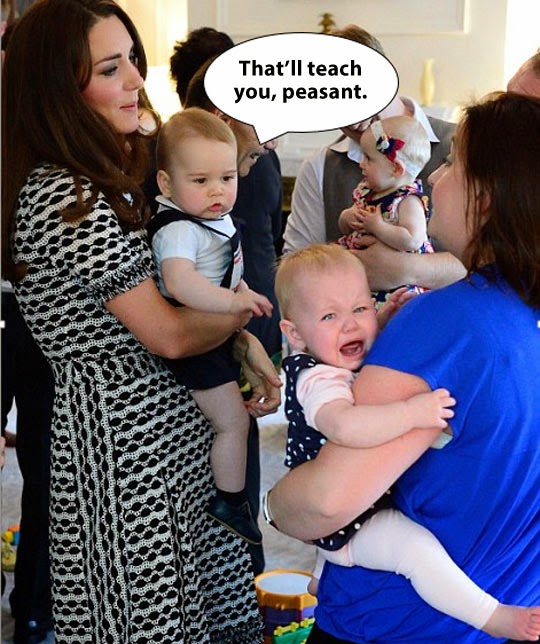 The Queen is smiling quietly to herself in this next photo because she knows that her forebears INVENTED the Game of Thrones. Those fictional royal houses are a bunch of pussies compared to the Normans, the Plantagenets, the Tudors, the Stuarts, the Hanoverians and yes, even the Windsors. 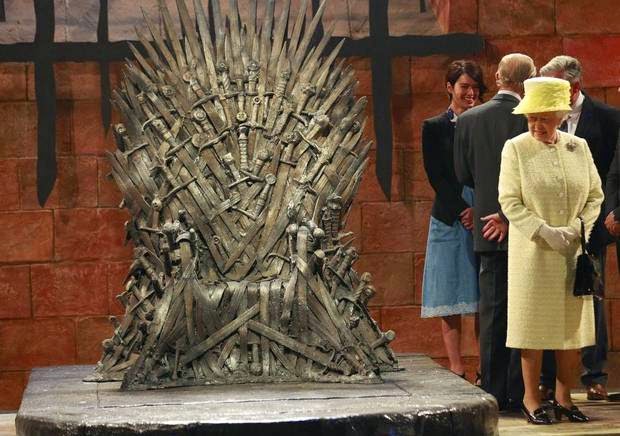 See? What did I tell you? 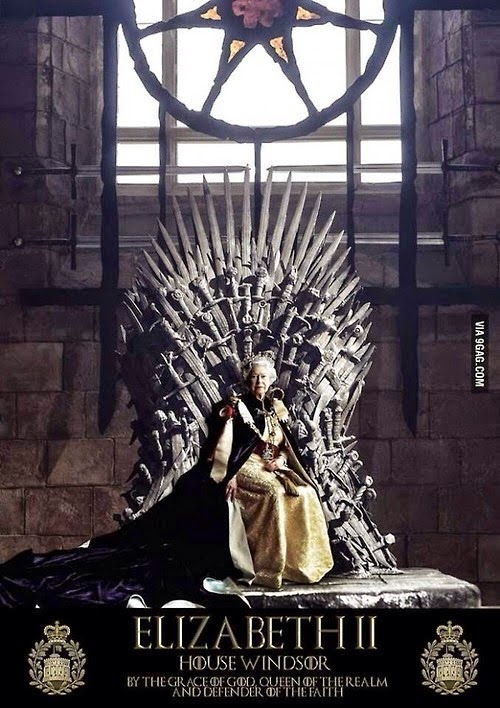 Love these. Thanks for starting out my week with some fun.
Mary

I think you did us proud with this batch, we can always count on yu, lol

LOL! Especially the thought of the boys getting a lap dance with their Gran "in attendance". :0)

Putya is ever so cool!
And Harry should zip his mouth :) he is not bald because Charly ain't his daddy!

This was great. And personally, I think I'd rather be ginger with a lush head of hair than be bald and have a lumpy head like William. Man, that guy got not-good looking in a hurry. I remember in high school when all the girls thought he was such a "dreamboat."

Lol these are all terrific!

Sadly Putin doesn't know anything about international laws against annexation.

Ah yes, one must not touch her royal highness. Or maybe she's just Putin on a brave front.

Rumour has it that the royals are moving to America. Cause our American buddies just lurve the royal family. Well, they can have them!

Nothing on Prince Charles? Has he become so irrelevant? Anyway, he once called for a culling of grey squirrels so I'm not a fan.

I wish we had a Queen...although we do have some queens..we also have the Duke of Earl, Queen Latifah, and Prince.

Nobody pokes fun at the Royals quite like you dear one :)

Queen Elizabeth is barely less incestuous than Cersei Lannister... Or the Targaryens!

God save the Queen!!

Bahahaha... I love these, Debra! Especially the lap dancing one! And Putin? OHMYGOSH...stuff is always funny with him

I hope you're well, Debra. I'm glad to be back in blogland.

So funny!!
Love these , and the Putin and baby George ones are my favoutrites!

shame on me - didn't know you had a Victoria Day?!

The last photo was fun. Although that show is not for me.

Haha! It is bizarre that we still follow this family. They don't do anything, yet they remain in the public eye to humor us!

Hey Debra. Got your comment. We call them turnovers here as well. Or hand-pies. Either name works.

I love poking fun at the Royals all the time. Glad you liked the Cosmo magazine covers on my blog. I have some great history stuff to post next week on Tickle Me Tuesday.

It took me a minute to catch on to the stripper lap dance comment. Yeah their Grandmother is on the face of the pound note. That would be weird. Do you think the stripper would notice?

..."stuffing pictures of your gran into a...." I snorted loudly just then! Too funny... never thought about it like that.

Wills and Harry are always such good sports aren't they!! The Queen really needs more touching or something I think...So up tight and outta sight me thinks!

We can always count on you Debra ;o) LOL! Thanks for the laughs ;o)

My friend's partner, who is English, told me when we first met, "You have the Clintons...we have the royal family."

The Queen is amazing!