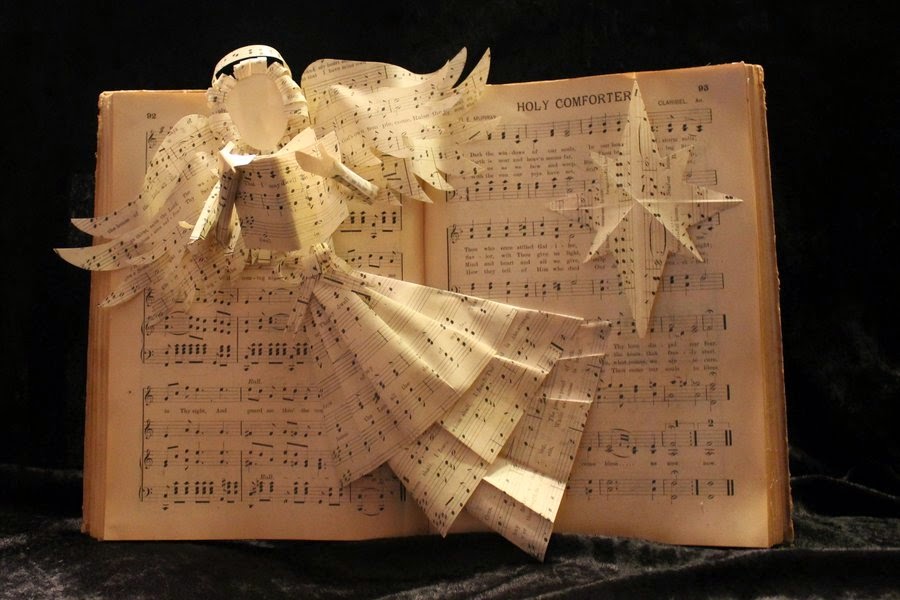 As I've mentioned before on this blog, certain Christian hymns and devotional music still resonate strongly with me, despite the fact that I have not been a believing or practising Christian for over 35 years. Part of this is due to fond childhood and cultural memories, but more of it is simply due to loving the beauty and profundity of genuine spiritual expression in music, no matter its source.

My taste in devotional music definitely leans towards the joyous expression of love, hope, gratitude and praise, rather than militant expressions of religious supremacy or grim dirges of punishment for sin. Monty Python's God best summed up the value of those particular songs -- 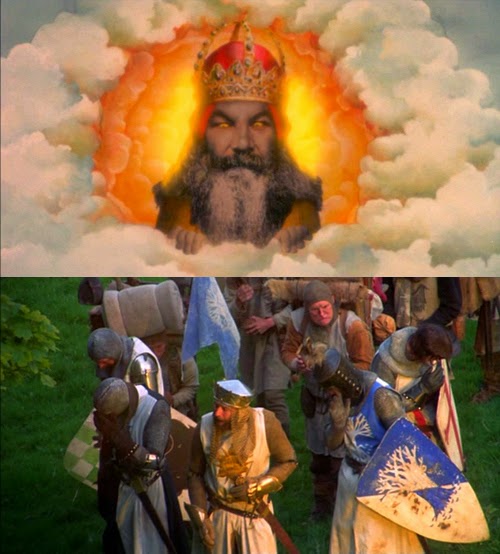 God: What are you doing now?
King Arthur: I’m averting my eyes, oh Lord.
God: Well, don’t. It’s just like those miserable psalms, they’re so depressing. Now knock it off!

So I'm starting a new series of periodic posts highlighting some of my favourite hymns, both old and new. And by "new" hymns, I mean modern songs from contemporary singer/songwriters who express deep spiritual longing and truth in popular music without using explicit Christian imagery. I'm sure I'll throw in a few of my favourite pagan and Goddess songs and chants too.

I've been meaning to do this series for a long time. And now that time is here! But don't worry, I'll still be posting lots of other things too.

And all of these would be completely new/foreign to me. The number of times I've stepped inside a church can be counted on one hand, and none were for a service.

Yeah, I don't know any hymns either. I do like black gospel choirs, though, that's just good music.

I adore English hymns. "Songs of praise" was one of my favourite programs when I lived in England. Really.

I'm the same as you - it's all related to childhood memories. I still love going to visit old churches in Europe with that faint smell of incense. Now I just visit them for sightseeing purposes, but the old memories still linger. I'm looking forward to your posts!! xoxo Silke

we know Britney and Bieber won't be there.. so we're safe :)

I love the term "explicit Christian imagery." So help me God, Deb, if you upload a picture of Jesus you'd better censor-bar the shit out of him. I offend easily.

The papercraft is amazing! I love music and "church" music ... especially what "they" call music for the processional (lets get up and dance)!!! YeeHaw!

While I admit there is a lot of good music (typically the ones I've heard are Christmas-related), being an irreligious agnostic I tend not to listen to much of the ones that really get biblical in verse.

I don't know from hymns but I'm looking forward to your posts!!

Will there be any Monty Python hymns?

This sounds like an interesting series. I didn't pay much attention in church. My mom still goes to church every Sunday but my dad is an Atheist. So I ended up somewhere in between!

i know exactly what you are talking about. my sentiments exactly. i too love gospel music. i like kirk franklin, bebe and cece wynans. i love contempory gospel but there are some ol'time religion gospel groups and singers i love like sam cooke, mahalia jackson, the mighty clouds of joy, etc. fantastic post debra. have a great day. cheers!!

As a practicing Christian all my life and a Mormon at that I love hymns but like you do not like the gloom and doom ones. I agree with Monty Python. However when I am feeling down there is nothing like an uplifting hymn to raise my spirits. Music is Powerful. Excellent idea of adding this to your blog; I'm looking forward to your new series. You might want to check out the meditation music on You Tube- great spirit changers and wide variety of types from oriental to aboriginal to new age.

My favourite is "The Servant Song". Though it mentions "Christ" I love the theme of love.

back when I was a Catholic, we were taught that other churches and church goers were going to hell..and never to darken their doors..so I really thought I was going to hell for sure when I went with my aunt and my cousins to their Baptist Church..I kept waiting for a bolt of lightning..but what did happen was I loved the music..and my favorite was the old rugged cross.

Did you see Emilie Sande sing Abide with Me at the London Olympics? Whoa.

I'm looking forward to the posts.

Great Python quote. I always suspected the Lord has a sense of humor.

I am really looking forward to it.

Sounds like a lot of fun! I'm looking forward to this new series.

Ooh! Ooh! This is going to be good! I have always loved so many of the old time Gospel songs! Their rhythm and beat really resonate with the soul.

I love religious music; from Mozart Requiem - Black church gospel - Christian blue grass to Benedictine chants. I know it is all bullshit, but it is great music.
the Ol'Buzzard

Christian music doesn't have much effect on me. I much prefer Arabian music and prayers. Have a lovely week.

Groovy. Bring it on. Fun to do a new series and fun to read them.

In response to your comment over at my place. Yes, steps are very good. That's how I go about things all the time. Just works for me.

We may almost be singing off the same hymn shit, sorry, sheet :)

Speaking of Monty Python, I'm thinking about that song, "Always look on the 'shite' side of life....*whistles...*

Onward Christian soldier, marching off to war... or maybe just getting ready to post these blogs!! I can't wait! Hell fire and damnation, Debra, this will be great!!

PS Okay so Wolverine is Canadian and Hugh Jackman is Australian. Got it!

Have you seen Eddie Izzard's bit on spirituals vs. the Church of England music? Priceless!

I love Bach's passions! Have you heard them?

Yes, greekwitch, I have. I love anything by Bach too!

I think this is going to be great Debra ;o) Looking forward to these posts ;o)