There is only one Canadian soldier from World War I to whom my family has a personal connection -- Charles Walker, who was mortally wounded at the battle of Vimy Ridge and died a month later on May 8, 1917, a hundred years ago today. 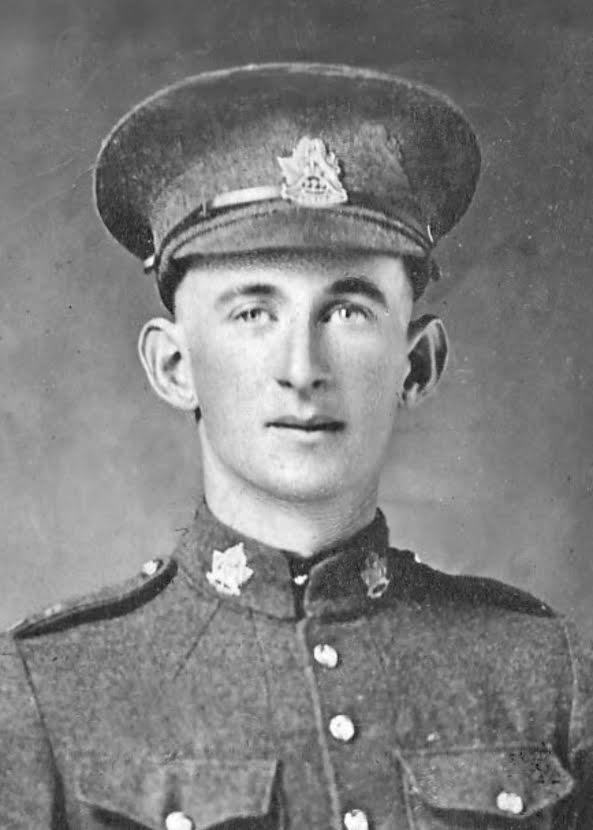 Charlie Walker was born in Scotland in 1891 and emigrated to Canada as a child. He came to our country as a "Barnardo Boy" -- one of a vast legion of destitute, orphaned and/or abandoned Victorian-era British children who were shipped to the colonies by a British charity called Dr. Barnardo's Homes. Designed to serve as an abundant pool of cheap labour, the boys were trained to be farm workers and the girls to be domestic help. These unfortunate "home children" (as they were also called) were often overworked, underpaid and maltreated in their new lives.

Charlie Walker spent his teenage years working as a farm labourer in southwestern Manitoba. Apparently he was not treated well by his various employers until he started working for my grandfather. He became very close with my grandparents and worked for them for several years until World War I broke out.

In the winter of 1916 when he was 25, Charlie Walker volunteered for the Canadian Overseas Expeditionary Force. He was sent to France with the 44th Battalion of the Canadian Infantry (Manitoba Regiment). 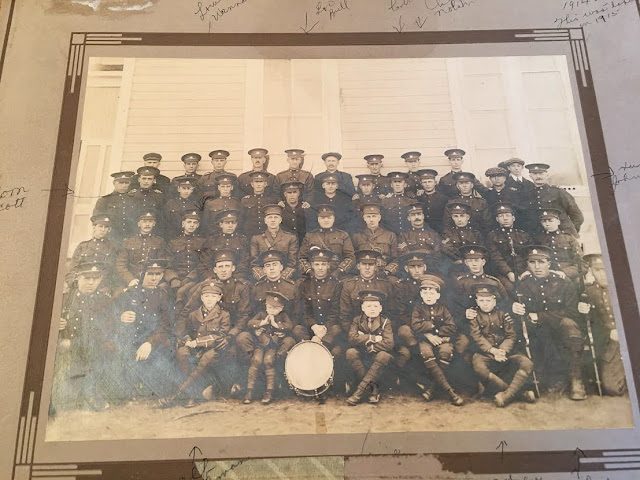 My grandparents sent him off to war with the gift of a pinky ring to remind him of home and those who loved him. 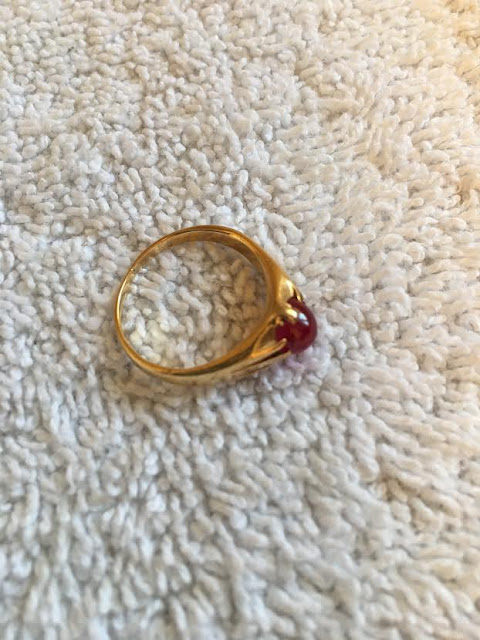 Before he died of his wounds received at Vimy Ridge, Charlie Walker arranged for the ring to be returned to my grandparents as a keepsake. He died unmarried, with no children. The ring has come down through my family and is today in my care, along with his enlistment and military unit photos. 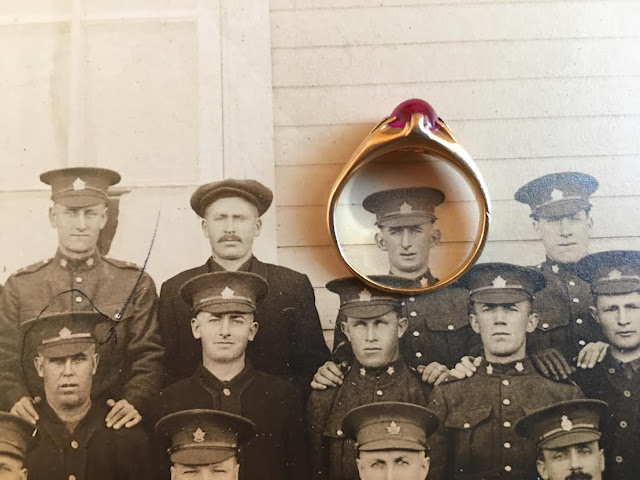 As with all families whose loved ones were killed in the war, my grandparents were devastated by the news of his death. When their only son (my father) was born in 1924, they named him Charles Walker in tribute to their lost young man. My father also did his best during his life to keep Charlie Walker's memory alive. And now that responsibility is mine.

They shall grow not old, as we that are left grow old:
Age shall not weary them, nor the years condemn.
At the going down of the sun and in the morning
We will remember them.

--From "For the Fallen" by Laurence Binyon 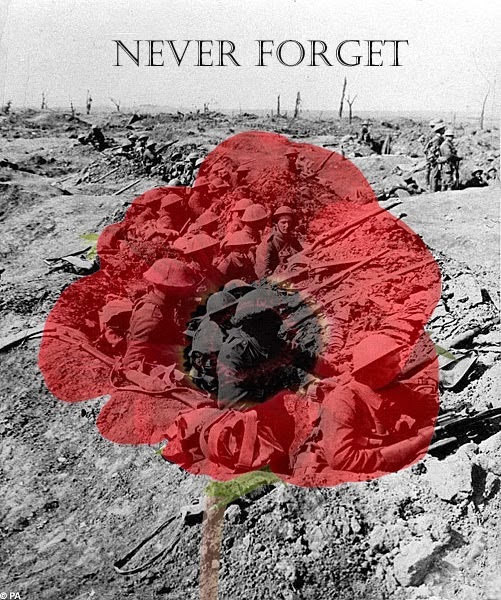 what a loving tribute; thank you, debra.

What a great piece of history to have in your hands.

I volunteer for Barnardos now. I suppose even I have a connection to Charlie Walker. I knew that they used to house children but I had no idea they actually shipped them off to the colonies. I don't quite know how to feel about that. You having his ring, his enlistment photos, and everything else about him shows that Charlie is gone, but not forgotten. Nor shall he ever be forgotten.

You served your duty well, Debs. Poor Charles! Hope he stole at least a kiss from some European girl before he died :(
My Bulgarian greatgrandfather used to take Jews and Serbs during the war to work on his lands so that they wouldn't be taken to death camps by the Hungarian fascists and many of them stayed friends with him decades after the war. Not much has changed, really, Hungarian fascists are building walls around their country again.

what a wonderful story. i had never heard of those children before.

Beautiful! What a lovely family story - even though it ended in tragedy. Your grandparents were loving, caring people. ♥ And so are you!

You're doing a great job of it too, Debra. It was wonderful to meet Charlie through you and your family.

Very lovely post today Debs. I find stories like this very interesting and we must always remember our loved one and family heirlooms.

Thank you for sharing.I am humbled and extremely grateful to the men and women who gave all for this country.I am so glad that you and your family will not allow his life and service be forgotten or dismissed.

What an awesome post. I love not only that you're keeping his name alive and sharing a part of history that most of us don't know anything about (like these 'home children'), but that you still have pictures. And that ring looks pristine.

Thank you for that tribute and piece of history.

That's a beautiful tribute and a great piece of interesting history.

As a military wife this post brought tears to my eyes. Not only for the beauty and beautiful recognition of it, but I learned something new. I never knew about the Barnardo Boys. I need to do some reading. Thank you for this post, a lovely tribute. xo

An infinitely priceless ring and story. It brings me warm chills. Thank you for sharing his and your family's story and the ring.
Lest we never forget.

What a sad life Charlie Walker had from beginning to end apart from his time when he came into contact with your family who obviously cared very much for him.

Pretty much my whole family that I know of never served in a war. Lucky for them I guess, not many stories to tell though

that made me weep

As a genealogist, I love this post. This man, who gave his life, won't be forgotten. Even after you are gone your post will remain.

Oh Debra, that was very touching. And a little sad. How wonderful that you have that ring to keep safe! :)

Hey Debra. You got me teary-eyed with this post. Thanks for sharing.

so nice that you are able to have the ring and photos. I had not heard of the Barnardo children. That is awful. Sounds like child slavery. It reminds of the young unwanted pregnancy women sent to special Irish convents.

Poor Charlie Walker. I'm glad he worked for your grandparents and made a connection with them. How kind that they sent him off with a ring. It's good of you to keep his memory alive.

What a great story. Now I'm all teary-eyed. Thanks for sharing this with us.

As long as we remember them (and share the memories), they will live.

Humans are ,on the whole, usually kinder to stray dogs than to stray children and Britain carried on shipping out "extra" boys and girls for years .
So it's good to hear that Charles found a family , a home and love and had them to remember while at the front .

What a story. Charles was lucky to find your family and vice versus. It is so sad hearing about slave labor of children and knowing that this still exists today in various countries.

Lovely tribute..So glad you have that ring..My grandfather was in WWI but I din't know any of his early history..There are a lot of Walkers in our family on my mothers side..Interesting post..

That's an amazing story and a truly beautiful keepsake.

I was going to say that would make a perfect Masterpiece Theatre miniseries, but then I realized Tarantino had sort of already did it with the Christopher Walken watch scene in Pulp fiction. Sorry.

I always think it's tragic the way "things" outlive people. I know they are a wonderful reminder of that person, but I always think there is something ironic about how objects live on. Lovely tribute.

I am so glad that the ring has come to you, you will cherish his memory and are able to tell others about Charles Walker. I am going to do write a short post of war remembrances, and I will link to this post, if I may.
This brought tears to my eyes, lovely post, honestly it is.

@ Kay G -- I would be honoured if you linked to this post. Thank you!

Sitting here with tears in my eyes...such a touching story. I hope we never forget those that died so that we could live free!

Thank you for such heartwarming sharing dear Debra!

My grandfather [mom'father] was in army ,my brother also joined army until he he retired early for some personal reasons.

You are amazing human being to have such wonderful heart my friend to keep remembering Charles walker in such a glorious way though he has no kids to keep him his memories and prays forever.
His service made him immortal and so do you by sharing his life story with us.

amazing tribute and wonderful that you keep his memory alive. Walker is a family name on my husband's mother side. Also lineage from the UK ... wonder if there is any connection? wouldn't that be amazing

Your post is wonderful, and as Rose also said, I too am sitting at my computer, with tears in my eyes...such a touching story. I hope we never forget those that died so that we could live free!

All the best Jan

Debra, this has nothing to do with this post but with your comments on my blog. Here is a website you will love. https://www.pinterest.com/oiatsyk/ukrainian-embroidered-rushnyk/

A very beautiful tribute Debra! A very touching story!!! Thank you for sharing this story about your family! Big Hugs!

Oh my - that ring is a treasure. Lovely tribute, my friend.

What a lovely tribute to Charles Walker, Debra. I'm so glad that you shared this. Those maple leaves on Canadian uniforms always get me. A number of relatives on both sides of my family were killed or wounded in both World Wars. We must never forget their sacrifices.

That is a lovely and moving tribute, Debra. What a good person he must have been for your grandparents to name their son after him. He lives on in your words. Thank you for sharing a piece of family history with us.

Lovely... and that picture with the ring around his image! Perfection. Wonderful post

Such a waste of a good life. I'm glad he was able to find some happiness with your family Debra. I was listening to someone on CBC talk about the Great War yesterday. The person felt it was time to tell the truth about Vimy Ridge after all who would care now, the veterans are all gone. But a lot of us who lost family members in that war do care and I don't think Canadians are ready to take the sheen off of our glorious Vimy just yet. Thanks for sending this link along! I think I'll post about my gr. uncle who died in August of 17.