Those Effen Ducks Beat Us!

Well, Game 7 didn't go QUITE as planned . . . . Now the Oilers are eliminated from the Stanley Cup playoffs. Edmonton is a gloomy and morose place today. But still, the Oilers had a good run and it was pretty sweet to be in the playoffs after an 11 year drought.

So the only Canadian team still left in the playoffs is the Ottawa Senators. We are going to cheer for them now as they play for the Eastern Conference championship against the Pittsburgh Penguins. It's hard to do because I do lurves me some Sidney Crosby, Captain of the Penguins and Canadian hockey superstar, but it's the principle of the thing, y'know? 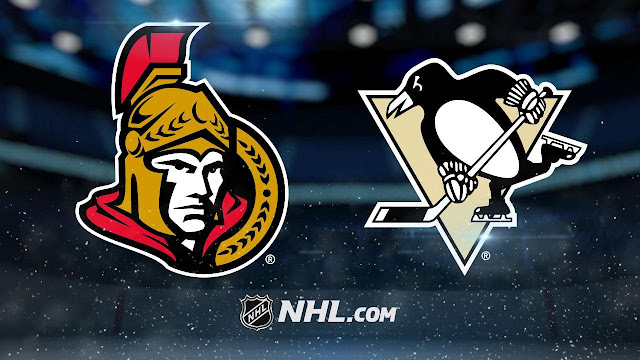 *ducks flying vase upon entering Debs place* oh dear, sorry to hear of the loss Debs. * sneaks back out*

That was a crazy game! I could not believe they lost not much of a ducks fan! Really thought that the Capitals would have their year this year. To say the least what a crazy hockey season it has been.

So many people have been chanting "Go Sens Go" - where exactly are they suppose to go?????

Yes, it's definitely the principle of the thing!

Sorry y'all lost. Next year will be here before you know it.

Sorry about the loss. I feel your pain...well, okay, not really because I don't watch hockey. I watch football. My team sucks. Last year was the first time we made it into the playoffs in forever. And for some reason I always take it so personally. Like I'm related to one of the players or something. Someone will say, "Giants suck!" and I'm ready to go toe-to-toe with them. Really? C'mon, Elsie, they do suck! ;)

I heard this on the news this morning. So sorry to hear....

we in philly know the losing gloomy feeling well. it's in our blood. "wait til next year!" should be the rally cry!

morose is the feeling!

well, i am not feeling morose at all. look out senators here we come. and sydney is mine, all mine!

sports - the civilized alternative to warring armies. Do you think if we offered North Korea a hockey team it would help?

I don't watch hockey but my husband does. He stopped watching as soon as Toronto was eliminated.

I figure either way, Canada wins.

My old boss was from Penn, he's a Pittsburgh Penguins fan

Okay, "Senators" is a lame name, but 'Penguins" is worse. So, I guess I'll root for...I don't know, whoever you want to win. Yay team!

Awww! There is always next year.

It's a shame you guys are out, but you did great to get in in the first place. You can be proud of that. At least there are still some Canadians left you can cheer for.

I was rooting for them ..so sad for you...but will root for any Canaderian team over American team (yes Im a traitor..) but fuk it..I loves my Canaderians..

My bf played hockey in college and is a fan. I laughed my ass off when I found out there was a team called the penguins! That is so freaking CUTE!!

I guess you can't win them all. A great try. Debra, you are too funny. Crashing my Mother's day brunch would be fun!

Sorry about the loss..Guess I have to cheer for Pittsburgh..Have a great weekend..

Fluff a duck! It's not fair. Still, I think is very decent of you to cheer for the Senators.

We all have tough choices in life, Debra! Like you, I " do lurves me some Sidney Crosby!" But then, we have to have integrity too, so I'll be saying, "Go Send!!!"

A tough loss at the end. We were joining in the general moroseness...

Oh no - sorry about your team! Those playoffs seem to be on TV on the weekends - I watch a little.