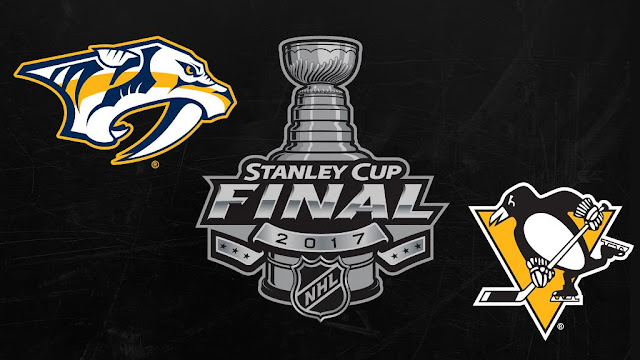 The Ottawa Senators played a great series but alas, the Pittsburgh Penguins triumphed in overtime in game 7. Now there's no chance the Stanley Cup will come home to Canada this year *sob*

But we must be strong and carry on.

So the Pittsburgh Penguins are playing the Nashville Predators for the Stanley Cup. The first game in the series is tonight.

As between those two teams, we are cheering for the Penguins and Canada's current greatest hockey player, Sidney Crosby. He's a good Nova Scotia boy. Go, Sid, go! 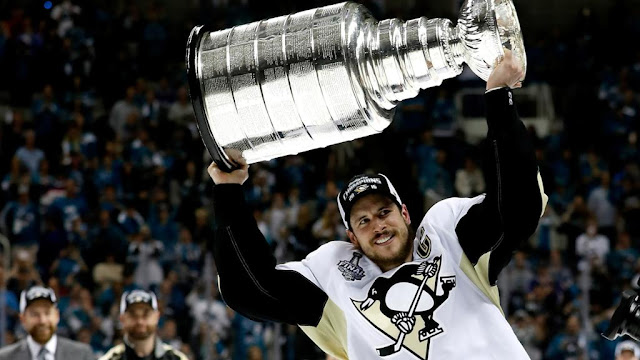 as a pennsylvania resident, I must root for my state team. even though I don't follow hockey. and pittsburgh is in western PA.

You know I did not read LET'S GO PENS right immediately? :)

If the cup can't come home to Canada, then at least it can go to a Canadian. Go Team!

Go, Sid. Though I would be happy for Suban should he win!

I'll definitely be cheering Crosby on!

there you go! you finally wised up! you are a pens fan!!! haha! but seriously, the city is hockey crazy right now!

I really have reservations about SC still playing. Kind of takes the fun out of it but then I don't run the NHL and hopefully he has had good advice!

I'd rather root for the penguins too

As long as there's a Canadian in there :)

Don't they always skate on ice made from Canadian water?

Used to love the Penguins when Mario Lemieux was playing. My second favourite team after the Canadiens.

I don't know how the hell a team from Nashfuckingville, Tennennesse can be in the playoff and a Canaderian team isn't..wtf?

Good lord. Let it be over!

Given the chooses, I sure hope the Penguins squelch the Predators. They sound like a much nice and less violent team.
Sorry for Ottawa's loss. That makes me sad too. Next year.

I didn't even realize it is now Cup time. It is a big deal here when the Bruins are involved but I guess they aren't so things are quiet.

I was listening to a news update, and when they said that the Penguins had beaten the Predators I cheered. My Piano Man looked at me like I had just lost my mind--I don't really follow hokey. I explained that I was cheering for you, and he stopped looking for the straight jacket. :-D

Erm... what sport are we talking about here?

Sorry, still snickering over a team called the Penguins. Too cute!

I read your blog and another who are into hockey. I don't know much but I enjoy the passion you girls have for the sport.

I agree, Sidney is a good Nova Scotia boy!