Och aye, lassies and laddies, 'tis time once again to celebrate the birthday of Scotland's greatest poet. So in the spirit of the Bard hisself, here's my wee annual collection of Scottish LOLs to tickle yer haggis. 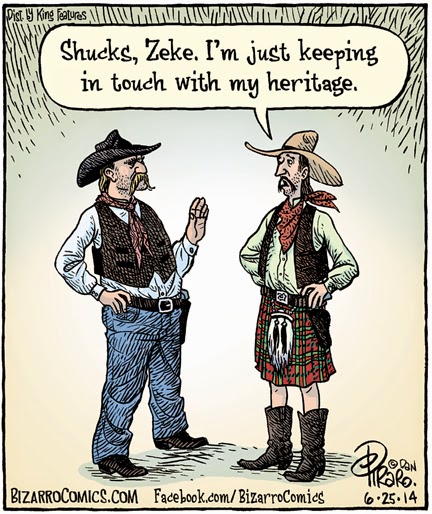 Now, WHY are Scots such badasses? Surely the answer is obvious. It's their take-no-prisoners approach to life -- 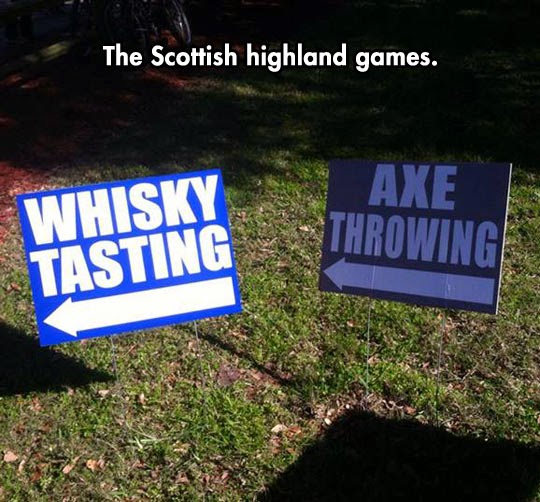 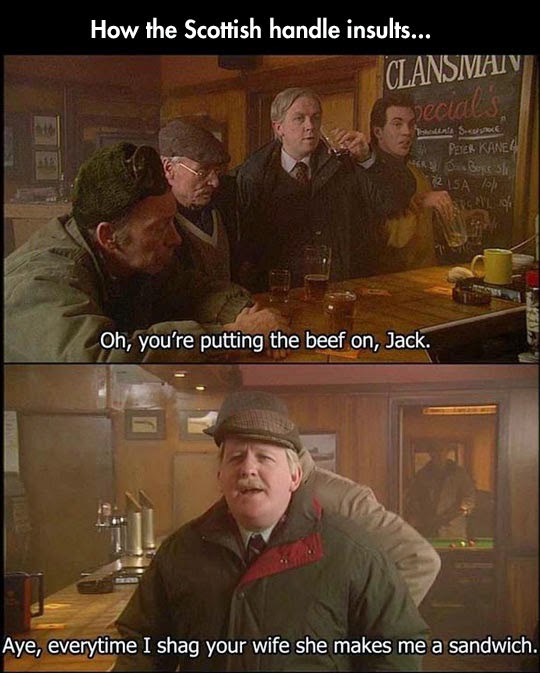 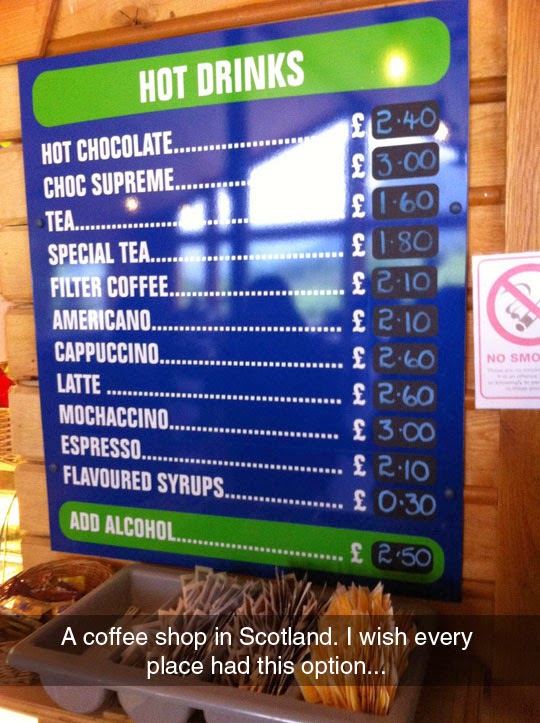 A few months ago, Scotland held a referendum on independence from the U.K. Let's just say the results were not QUITE as expected. 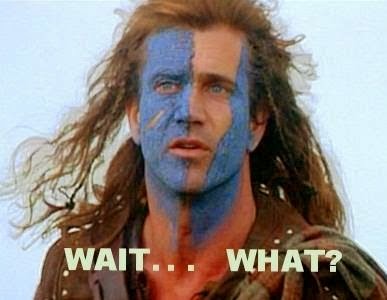 Well, at least they saved the Union Jack. 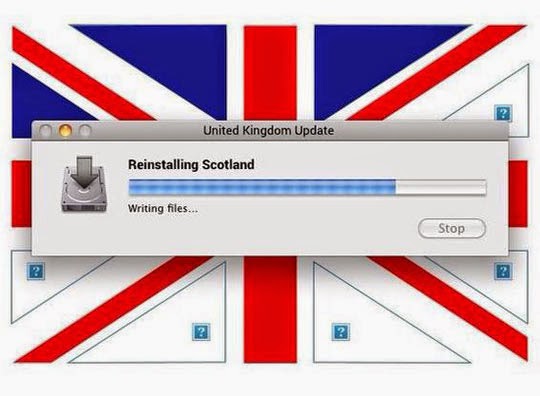 The referendum demonstrated that there's always hard lessons to be learned in this life. 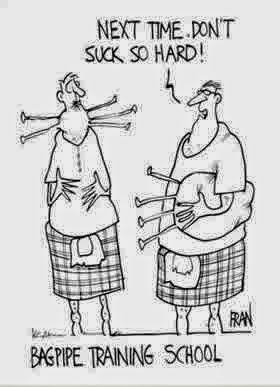 Now be off with ye or I swear to God I'll start singing "Ye Banks and Braes o' Bonnie Doon" in my best fake Scottish accent. And none of us wants that.

What fun all of this is!

In Budapest Burns' Night is also celebrated across the city.Our local Scottish Presbyterian church leads the way in letting the hair down, piping in the Haggis, reciting verse from the bard and, generally having a jolly good time. It can all get a little wild by midnight.

Whatever, at least some brave souls are prepared to bare their knees on these exceedingly chilly winter nights. And, some do look good. Pity that Burns' night only comes once a year!

LOL, I must show my husband the Rabbi Burns one!

They are really funny. I want to go back to Scotland. Maybe this summer.

they're such a delightful nation, aren't they? Too bad they didn't succeed in saying bye to the queen

LOL!!! Love all these, thanks for the laugh!

These are just great!!! I love the bagpipe sucking one! In honor of my heritage today and in honor of Scotland's favorite son, we will be hosting our annual Rabbie Burns day, complete with neeps and tatties and a wee dram of whiskey. I raise my glass to you!!

LOL ;o) I love Scottish jokes. But then I'm Scottish.
Add a little whiskey to the coffee this morning in celebration! Personally I think I'll add some Godiva...

starbucks should offer that option. it would make peoples work days pass by a lot better!

These images are so funny! :D

Hahaha! These were great. I would love to visit Scotland. When the heck will that lottery come in?

Thanks for these Scottish funnies that tickled my Scottish funny bone, Debra! The first "Secret Date" I ever treated my then boyfriend Terry to was a Robbie Burns dinner. I'd love to be in Scotland just once on Burns' day. Have a great week!

OMG!!!! I have to go dismantle my keyboard and clean it off. I spewed coffee everywhere when I broke out laughing. I lost it completely and nearly choked while laughing about the one at Bagpipe Training School. These are just too damned funny!

First I've heard of him

OMG these are great! I'd like to send some people I know to the Scots games.

These are too funny. I've a wee bit of Scottish in me. Time to celebrate.
Mary

I think the Scottish and the German accents are the least sexy in the world ;)

My daughter just got her kilt back in time to dance at Ronnie Burns. Lots of fun but she still won't try the haggis.

I like this holiday much better than I do the Irish St. Pat's day..that fucking pagan killer..fuck st pat and all the Irish catholics..sigh*..not really..I'm a good pagan..do no harm and wish no ill..unless he/she is a fucking irish republican..then all bets are off.

I appreciated the narrative that you included. It really drove the comedy. Happy Robbie Burns Day!

This is the one day I can proudly attribute all my shortcomings to my heritage.

Pipe that Haggis in!!!

Speaking as an actual born and bred Scot (who was HEARTBROKEN by the referendum result) I definitely want to hear that...!

The shagging wife with the sandwich makes me laugh way too hard! Great comeback!

My Dad is Scottish, but as I'm adopted I don't think that makes me half Scottish. :D Just as well, you never get me in a Kilt.

Mom and I went out with our friends ;o) Hope you had a great day ;o)