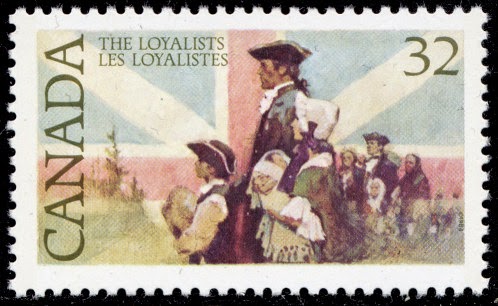 John Green, my 4x great-grandfather, was born in New Jersey in 1740. During the American Revolution, his Tory family remained loyal to England. John and his four brothers all "joined the Royal Standard" and fought to keep British control of the Thirteen Colonies. Having lost that struggle, John and his brother Adam emigrated in the late 1780s to the Niagara region in Canada as United Empire Loyalists. John brought along his wife Mary, seven children and a slave named Tom.

Slavery was perfectly legal in Britain and its Empire at that time. It took British abolitionists many decades to convince people that slavery is morally wrong, repugnant and should be abolished. Change came slowly, in small incremental steps. Initially, abolitionists succeeded only in having legislative reform measures passed to undermine slavery's viability and usefulness, not to end it completely.

The first such measure was taken here in Canada in 1793 at the behest of abolitionist John Graves Simcoe, the Lieutenant-Governor of Upper Canada. He persuaded the legislature to forbid any new slaves from being brought to Canada after that date. While slaves already in Canada remained enslaved, any children born to them in Upper Canada would be freed at age 25.

In 1807, Britain passed its own incremental reform statute and abolished the slave trade (although not slavery itself). It took another generation of political and social agitation before slavery was completely abolished at last in Britain and throughout the Empire in 1833.

Simcoe and his wife were good friends with John Green and his family. I suspect it was Simcoe who persuaded or pressured John Green to voluntarily free his slave Tom now that they lived in Upper Canada. It is said that after being freed, Tom chose to stay in the employ of the Greens for wages.

John Green prospered in Upper Canada until his death in 1830. In addition to owning a farm, saw mill and grist mill, he was also appointed as a surveyor, road builder and justice of the peace. His family name was given to the village of Greensville. Today it is part of the suburban neighbourhood known as West Flamborough on the outskirts of Hamilton, Ontario. West Flamborough's Christ Church Anglican and its old graveyard sit on land provided by John Green in 1817 for that purpose. John Green and his wife (as well as my 3x great-grandfather Samuel Green and his wife) are all buried there apparently, although their tombstones have long since deteriorated and been lost to mortal view. 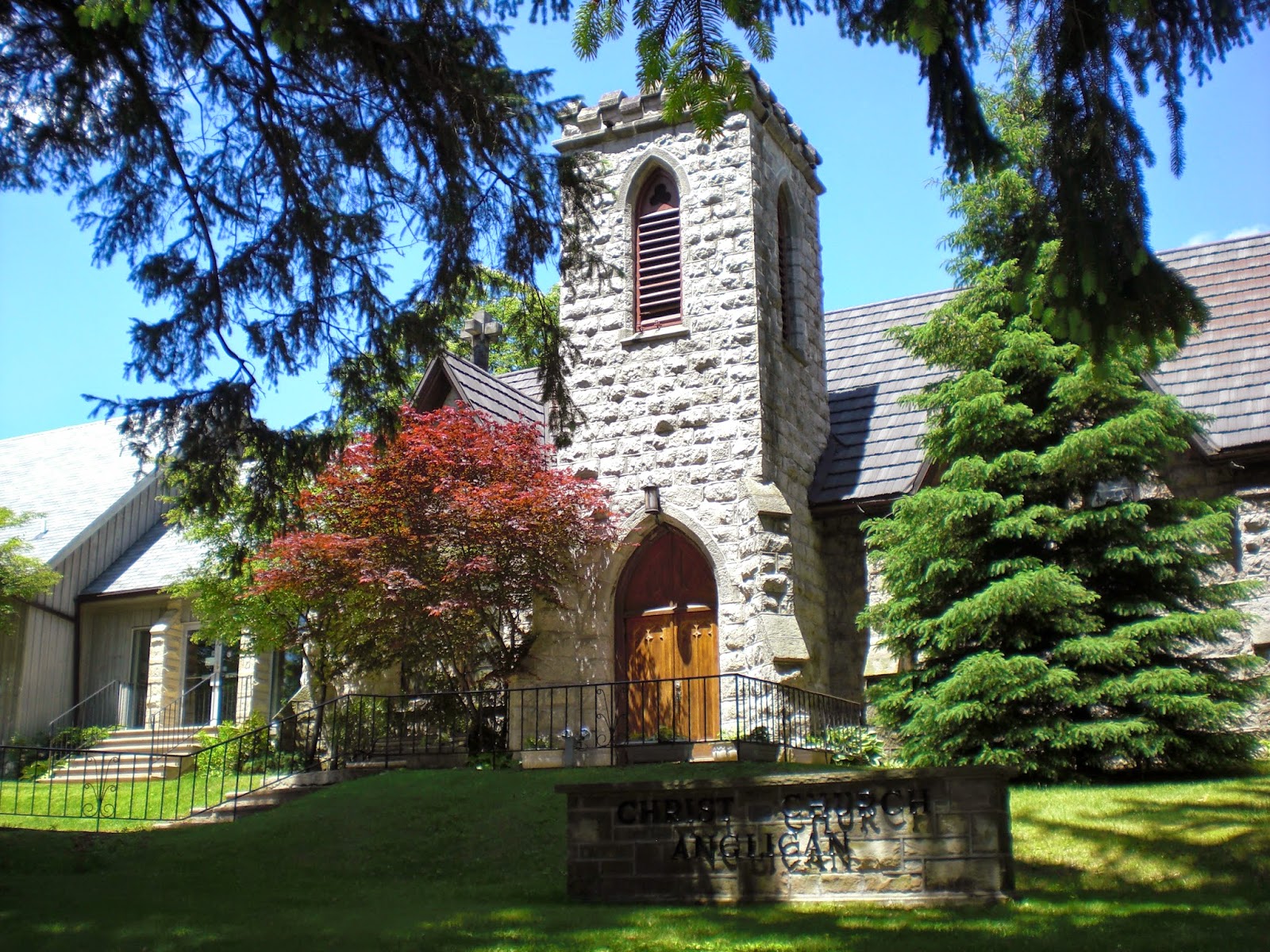 I think it's so cool to be able to trace your ancestry back that far. Your 4x grandpa must have been a good man if Tom chose to stay with him. :)

I love the stories of our ancient ancestors. Wondering if your ancestor came from Union County, New Jersey. That's where most of mine settled. Seems to have been a popular place for settlement.
Mary

That's a really interesting story. Evidently they must have treated Tom pretty well for him to choose to stay with them, albeit for wages this time. I think a lot of people don't comprehend how long it took for slavery to actually end. It wasn't even a major factor in the revolution and it's not like the North won and then automatically abolished it either.

The thing that jumps out to me is how much you know about your ancestors. My family history is almost completely lost. My father was adopted and he never sought out his birth parents.
Is there going to be a part III where you reconcile your emotional feelings regarding your ancestors' paths? I'm curious because I don't know how I would feel being a descendent of that lineage.

Poor Tom.. he probably didn't even know for any better or other life....

What a gorgeous church! :o)
And an interesting story.

Such a great post. It's hard to imagine that society once thought that enslaving people was acceptable. And how long it takes to alter that frame of mind. Sometimes entire generations have to die off for changes to occur.

This is amazing, Debra, and I'm a bit jealous. I can't go back only a three grandmothers, and that's because we have it written in a book. The males didn't always made it into the women's books, so it's difficult to track them today.

I am so tempted to write Tom's story. There are so many reasons in my head to explain his staying--love, loyalty, apprehension, convenience... It would make a great story.

Hi mxtodis123/Mary -- He came from Hardwick Township, Sussex County, New Jersey. I don't know whether that's close to Union County or not?

Hi Pickleope -- No, there's no Part III. Part 1 of this post a couple of days ago expresses my feelings about having a slaveowner ancestor.

Great post. It must be wonderful to have so much of your family history known.

I know my family history pretty well, but there are things that they NEVER spoke of. One of those is our Civil War. It makes me think they are hiding something shameful.

I think it's important to know who was hanging out in the family tree. Even if it's less than savoury. It's good to see that you've gone back and researched yours and are willing to share it.

least you didn't try and deny it like Ben Affleck

Interesting and informative post..Thanks for sharing..

That is so interesting. It's too bad truthful history is often hushed. We learn from the past..and grow as humans. Thanks for sharing.

Hello dear Lady Debra....
Sorry that Stacey has been "not so well" this week...
and really wanted to thank you for your kind words of support...
Bless you..

Slavery was part of that history. Tom's choice of staying denotes that he preferred to serve (with pay) rather than take his freedom fully away from them. At least it didn't seem to be horrible for him...or maybe h just didn't know any other way to live. It'd be interesting to watch someone's documentary closely.

And it is amazing that you are able to trace your 4x great-grandfather. Wow, I haven't even heard of my great-grandparents much...or maybe I didn't ask much? :)

I wish I knew that much about my family. I have a family tree, but other information is difficult to find. I guess we were the kind of family who didn't pass down stories.

Interesting story, Debra.....you little Ms.Marple you.
You would have been, and still could be, a wonderful investigative journalist with your knowledge and detail for history.

I find it funny that in the English-speaking world. it's always the American South to be the last to adopt progress.

When our politicians claim their policies work, I ask when have they ever been right?

If it wasn't for the Supreme Court's Loving v. Virigina case, I wouldn't be surprised if South Carolina wouldn't let me marry Daisy.

This is a fascinating family story, Debra. Thanks for sharing it. Since the freed slave Tom chose to stay with the Greens and work for wages, it seems they must have treated him well. How wonderful to know so much about your ancestors!

Wow! You have such important, detailed family history. That is really cool for a town to be named after your ancestor!

I have read and now re-read Part 1 and while you do mention that "facts are facts" you don't really go into your feelings regarding those facts, just a detached statement in both posts. Maybe that's it, just a detached acknowledgment of things that have happened, but because I'm neurotic, I'd have to ruminate on the details.

Well, Pickleope, one does have to be detached about things one cannot change.

Very interesting story. It kind of makes me wish the walls could talk in West Flamborough's Christ Church. The stories they could tell...

Thank you so much for sharing this history with us. This is a great post, Debra. I love posts that make me think, and this one does just that.

That is so amazing. I wish i could do it too, but in Greece it is impossible i am afraid.

It's so cool you've found and are sharing these tidbits of family history!

interesting - I never knew about incremental changes to slavery.

I worked a year in Liverpool, a city that developed and (shamefully) thrived because of the slave trade. The abolitionists were not numerous and were considered dangerous radicals against commerce and economic growth. And Penny Lane, of course immortalized by the Beatles song, was actually named after a man who made his fortune selling slaves.

Sorry to have "offended" your "Follower"... but we took the "Creepy" comment as a Compliment"...
So sorry dear Lady Debra....

I love the genealogy! I'm still working on our family tree. It's been a 20 year journey. There are two family branches that I'm just so stuck on. Short of going to Europe, I don't know how to solve it.

The only family we had here back that far were Native Americans. Every group I'm derived from has been kicked out from somewhere or fled - tells a lot about us, if you meet us!