In the southern Japanese city of Uji, some members of our group attended a traditional Tea Ceremony. Behind these beautiful cherry blossoms and a meticulously sculpted tree, My Rare One and I located the Uji City Municipal Tea Ceremony House called Taiho-An. 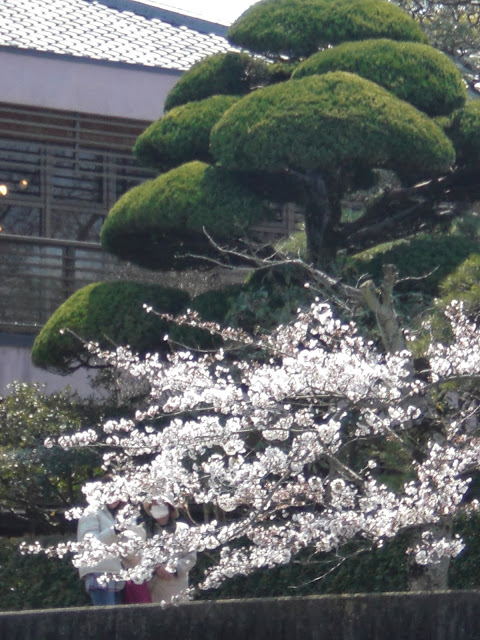 We entered through its front gate . . . 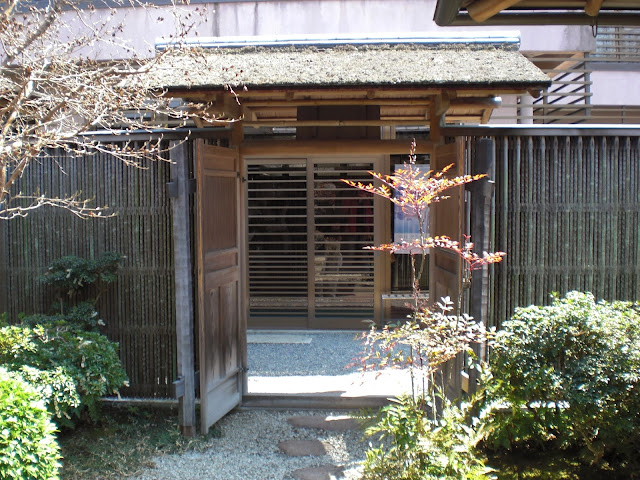 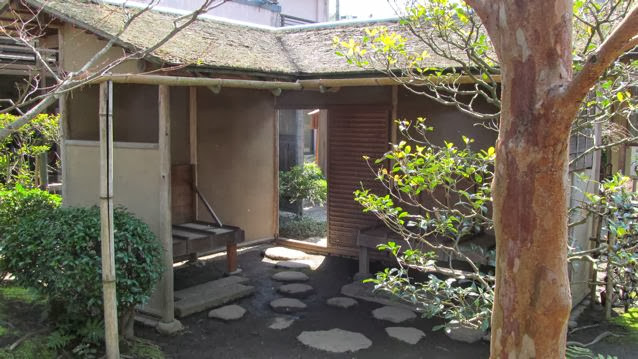 . . . and arrived at one of the Tea House's three tea rooms. 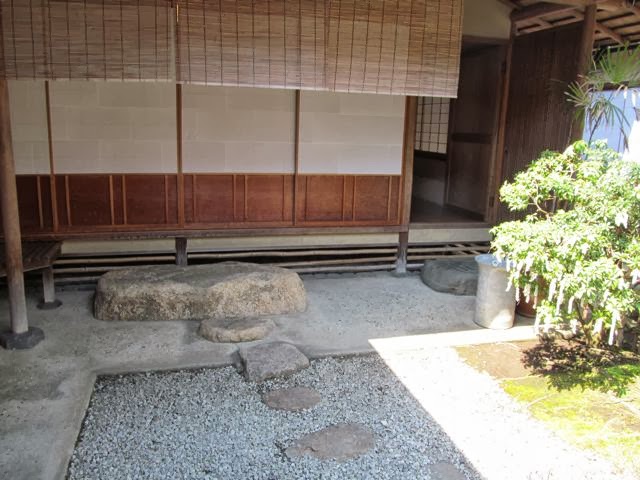 This room was meant for Japanese guests because it was a mat room and required leaving your shoes at the door. 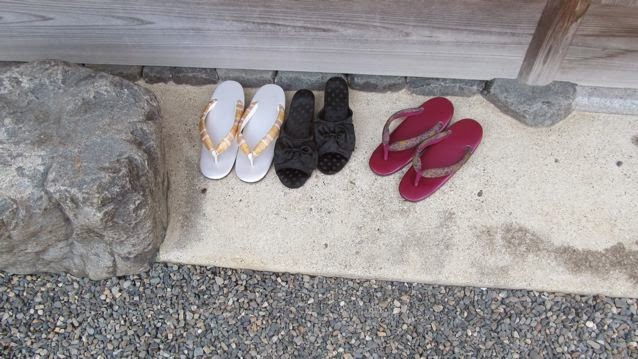 But as westerners, we were directed to the tea room with chair seating and no requirement for shoe removal. Hmmm, already not so traditional! But our middle-aged bones didn't argue about not sitting on the floor.

I imagine those cherry blossoms smelled fabulous. How beautiful. Looking forward to reading more about the ceremony. It is always fun to learn of different cultures.
Mary

Beautiful shots. I do love tea ceremonies (you would never have guessed)!!!!!! :D

Love that green tree with tuffets on it in the first photo so pretty.

Very pleasant. I feel restful just looking at the photographs. Thanks for sharing.

I'm rather surprised they didn't make you take off your shoes

in my country people always take of their shoes when they visit each other's houses :)

I love the simplicity; but the beds have to be uncomfortable.
the Ol'Buzzard

Oh how wonderful! I cant wait to read your next post!

Walking in with shoes still on would feel really weird. I'm surprised they didn't enforce that rule. Looking forward to the ceremony (and the tea).

They Come Along said...

Really love the photos. Thanks for sharing.

How beautiful! I used to think that the simplicity of the Japanese was too austere but now I truly appreciate it! And find it very calming and soothing to the soul. Their embrace of Nature is something that Western culture could learn from.
Looking forward to the next installment. :0)

Beautiful. I'm feeling relaxed just by looking at the pictures.

Wow! This tea room looks amazing! And those trees! Stunning. I would love to visit Japan someday.

Sitting on the floor is so hard on your lower back. Makes me wonder if Japanese people (that still sit on the floor) have a chiropractor.

Many Japanese people no longer sit on the floor because of bad backs and knees. Surprise huh.
Can't wait until tomorrows blog. Beautiful pictures.

Cool. My sister's husband did a tea ceremony for her for their anniversary one year. He studied it for weeks and weeks before their anniversary and bought her a very nice Japanese Tea service for the occasion. Pretty darned cool. Though it was at their house he made sure they were seated on cushions on the floor. I'm with you, though, I like the idea of chairs. I don't think I would be able to get back up. LOL

What a nice experience.

Now that would be fun, but I want to sit on the floor for the full affect.

Interesting. Upon entering the setting, I imagine you immediately felt a sense of peace. I feel it when looking at these pictures. I'm curious to read about the experience.

Beautiful! I'd have no problem sitting on the floor it's the getting up that would be a problem.

It all looks so perfect! Very tranquil. I too would be happy for not sitting on the floor - oh my aching bones!

Oh, I'm curious about this! You're the only person I know that has visited Japan.

I can still sit on the floor. It's the getting up that is getting harder!

Ooh . . . I just loved looking at these photos for they're absolutely beautiful!!!

Everything looks so beautiful! My brother loves Japan and wants to go back!

You're making me want to revisit the Japanese gardens in Portland. They look different, but both are pretty.

Those pictures are amazing!
Beautiful.

I love the pictures and stories on your trips.