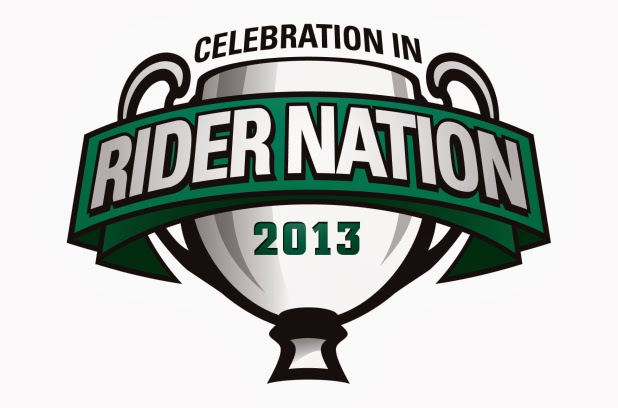 This year Regina is the host city of the Canadian Football League's championship game! In its frosty outdoor stadium, the home-town team of Saskatchewan Roughriders (Western Champions) will fight the Hamilton Tiger-Cats (Eastern Champions) for the 2013 Grey Cup.

Being a good prairie girl, I'm cheering for the Riders of course. And Regina wants the Cup baaaaaad, if only to redeem itself for the "13th man" fiasco from its notorious 2009 Grey Cup loss.

It's well known that Rider fans are the most loyal and fanatical fans in the entire CFL. There will be lots of green Rider gear in the stands today. And despite the wintery conditions, I'm sure we'll see more than a few "melonheads" in the crowd. Regina grocery stores will have imported every watermelon they could beg, borrow or steal for the occasion.

Fans can carve the basic football helmet model for themselves -- 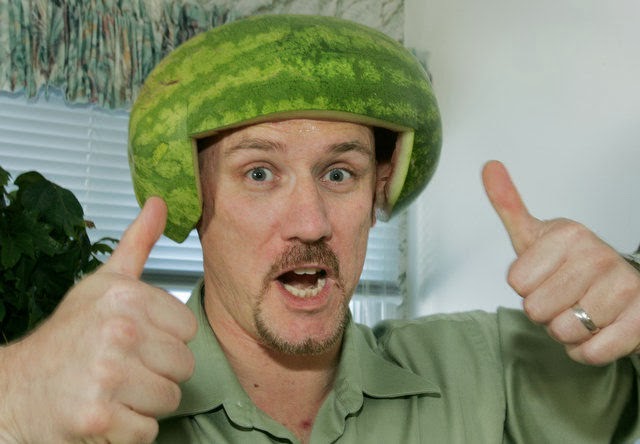 Or they can fancy it up with some accessories -- 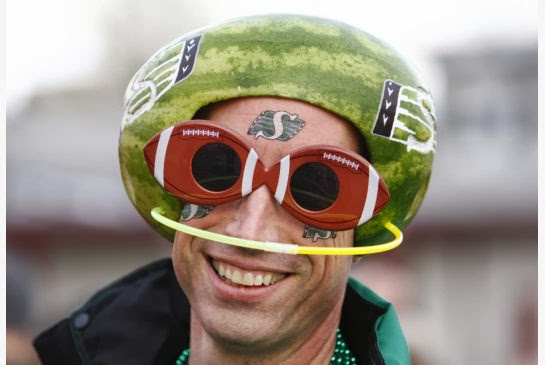 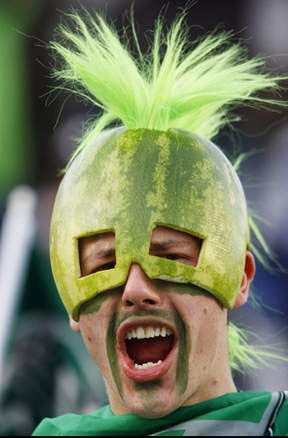 It's good, clean fun for the whole family! 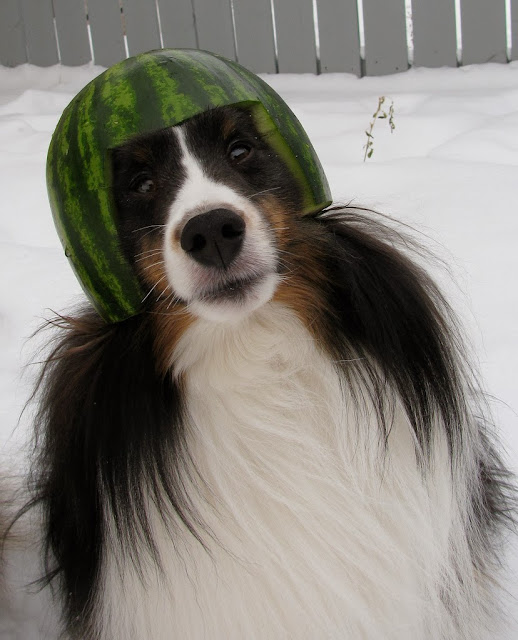 and everyone thinks torontos mayor is crazy! hehe!

Hubby is an Eskie fan here so I haven't had to endure football for awhile...yay! Plus, he's away at work so no sports! Woohoo!

We want a 'selfie' Debra while you are watching the game!!!

Hey thanks for this! My human keeps telling his British friends about the Canadian Football League and the Grey Cup. He just gets puzzled looks.

They only seem to know of the slower, more boring game in that other country which I shall not name.

It's gonna' be some game in Regina in Grey Cup number 101!

I'd pass on a watermelon helmet

As a tried and true Eskimos fan, there is no way that I, in good concious, could ever cheer for Saskatchewan.

where did they find watermelons in the middle of Autumn?

Haha...love that helmet! Are you getting one for HRH?

Opps. It's a sports game? I thought it had to do with gin drinking for some reason.

Looking at the pictures, that helmet is definitely made for dogs instead of humans ;-)

Given how shamelessly those men, and the collie, wore their helmets, the Riders are obligated to win.

Cheering them on from CA.
xoRobyn

Although born and raised in The Peg, this girl has cheered for The Eskies since I can remember....however, this year I shall be cheering for The Riders....a wee bit fickle no? :)

I have to admit, I am cheering for Saskatchewan, but I would like to see Hamilton win. I think looking at the t.v Saskatchewan is going to win!!

I'm just thinking about what that watermelon would do to my hair! But even worse I couldn't wear a cap.

So this is football rather than soccer, which of course we call football. Although I just call it the thing that my partner seems addicted to.

While I'm not familiar with this watermelon, football tradition it is a riot!!!

Oh my gosh, the last photo is the BEST.

Is that your dog?

Love the MELON COLLIE, get it?
Didn't make me sad at all.