Why isn't Jeremy Irons knighted yet? 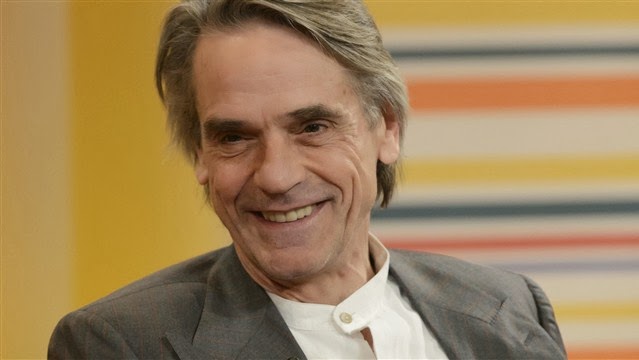 With all due respect, Betty Windsor -- git off yer royal duff, haul out ye olde sworde and knight Jeremy Irons already fer chrissakes! He's been one of Britain's best actors for over 30 years. Who can forget his stellar performances in films and series like Brideshead Revisited, The Mission, Reversal of Fortune, M. Butterfly, Lolita and The Borgias, to mention only a few? All the other finest British actors and actresses of his generation have been knighted already -- surely it must be his turn by now?

To top everything off, he recently turned in a stunning performance as Henry IV in The Hollow Crown BBC series of Shakespearian plays. Oh yes, all eyes were on up-and-comers Ben Whishaw and Tom Hiddleston, but it was Jeremy Irons who OWNED that series. No one else delivers Shakespeare like Jeremy Irons -- he always makes those incredibly complex lines sound like simple speech from an actual person. THAT'S the true measure of a great actor. In his intense scenes with Tom Hiddleston, Jeremy Irons' acting skill easily eclipsed that of the younger actor -- and we all know that Tom Hiddleston is no slouch in the acting department. 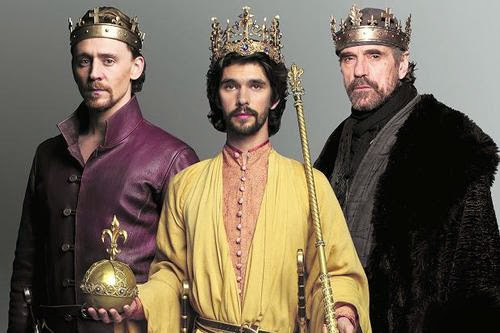 I admire Jeremy Irons so much I'm even willing to overlook his incredibly stupid views on same-sex marriage. THAT'S how good he is.

May he soon be SIR Jeremy Irons, as he so richly deserves.

He will always be "Scar" to me. "Saaaraaaabiiii!"

I didn't like him in THE BORGIAS... he seemed bored and uninspired in it. Ben Whishaw ruled THE HOLLOW CROWN for me, even though the whole series was difficult to follow.
I liked Irons in some unexpected roles, like in ERAGON for example :)

I didn't know he was Scar

I'd have to agree. And on a related note, all of my facebook posts are written to be read in Jeremy Irons voice. I'm just waiting for him to call back.

Hi Debra! I'm going to have to track down this series which I'm unfamiliar with. Americans always think that Canadians are so polite, and they often have no clue about how irreverent Canadians can be. I'm with you: "Betty Windsor -- git off yer royal duff … " Too funny! Have a good one!

I heard from several people who met him that he's a complete bastard. Maybe that's the reason he's not knighted yet ;-)

Jeremy and tom are both stunning when it comes to Shakespear. But that question you raised. Why hasn't he been knighted already? Why the hell is Betty waiting?

I have a theory that involves the MAN keeping a British Brother down. If any deserves his SIR it's this guy. He certainly has made his share of good and goofy but so has anyone who acted successfully during the times of his career. Maybe he slapped the Queen on the ass at some event and she never forgot it.

I watched him on Graham Norton (British talk show) show and he was very arrogant, maybe thats why he hasn't been knighted, he is a great actor, but maybe not a nice person,

I just finished watching him as "the Pope" in the Borgias........he truly is pure royalty in his acting.

I am surprised that he isn't knighted. Just seems like the kind of guy that would of been.

Yeah unfortunately all I can think about is his stupid social view :(

I believe that whole 'knighting' thing is very political and it is no wonder he hasn't been 'invited' considering his views.
I liked him when he was younger and had more energy. Now, in my most humble opinion, he does appear bored with the whole process of acting and thus I find him tedious.

And yet to me he'll always be the badass, German, mulleted bad-guy in Die Hard With a Vengeance.

Wait, it's the standard to be knighted for being a good actor in the UK? That's it. I'm moving.

Wait...he's not? I thought all old British actors were knighted!

What Jeremy Irons has strange out-dated views on marriage? I wouldn't have guessed but he has always seemed like a demented fellow to me so maybe it isn't surprising. I mean I understand Colin firth but not so much Mr. irons.

For some reason, that picture looks fake to me. I can't put my finger on it.

My guess is is because he isn't!!! It is rather shocking.

I probably don't want to know if he has old-fashioned views on marriage, that will break my heart. I love his acting and his VOICE! He made my list of "Old Man Crushes" which is really just oldER, because I am far from young myself. Not to troll your page, but if you're curious who else made the list, Patrick Stewart and William Shatner, and others: http://www.comfytownchronicles.com/2013/03/old-man-crushes.html

I will never forget Jeremy Irons in the film damages. It came out around the time VHS rentals were popular and a bunch of girlfriends got together to watch the rental. Well, there was a scene where Mr. Irons is in bed with his mistress doing the deed and his son walks in on them. Then Mr. Irons has a lovely scene where he runs down a very long spiral staircase in all his glorious buck nakedness. We all squealed like 13 yr.old girls over that. The highlight of the evening was making use of the pause & rewind buttons to view Mr. Irons' glorious bouncing genitalia frame by frame. For that scene alone, I think he deserves to be knighted.

it seems to me every Brit is now a knight ..it will be more prestigious to remain a lowly Mr