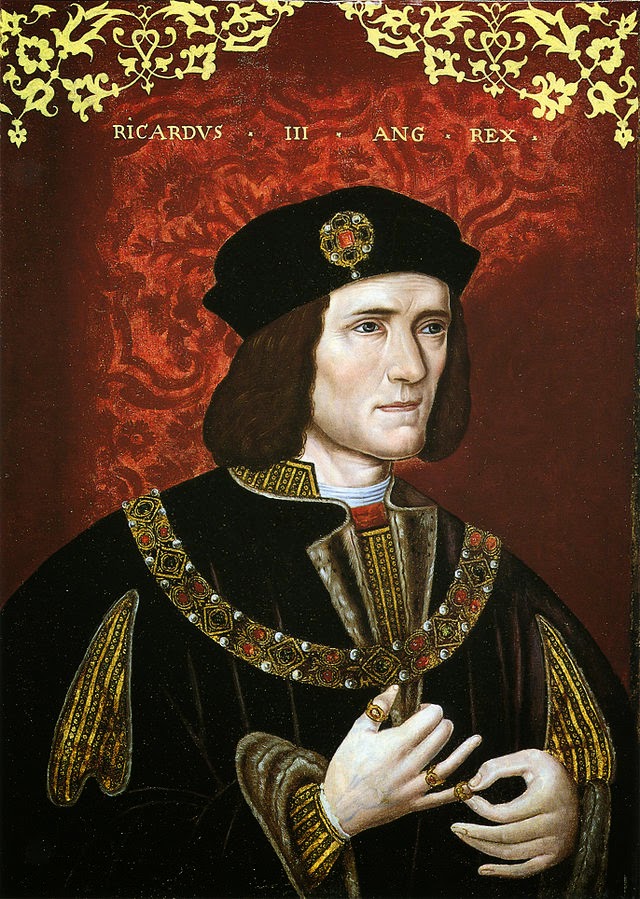 As a nerdy teenager, I was absolutely crazy nuts about English history. One of my favourite areas of interest was the Wars of the Roses, the medieval power struggle for the throne of England between the Houses of Lancaster and York. In Grade 9, I actually participated in a school debate about whether Richard III was in fact the evil child-murdering hunchback that Shakespeare and history later portrayed him to be. I argued the "no" side in defence of King Richard. 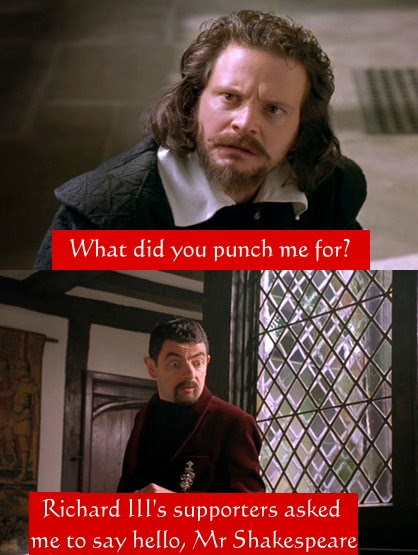 So for the past three years I have avidly followed all the news reports about the 2012 discovery of Richard III's body which had been hastily dumped in an unmarked grave following his defeat at the Battle of Bosworth Field in 1485. As the centuries passed, the location of his forgotten grave became a parking lot in our modern times. 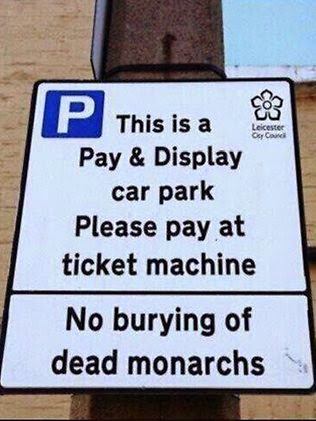 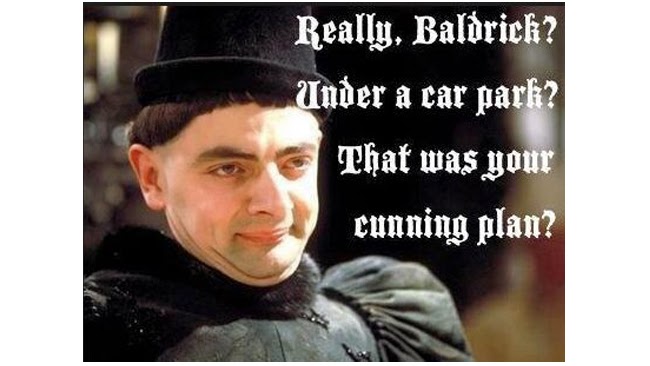 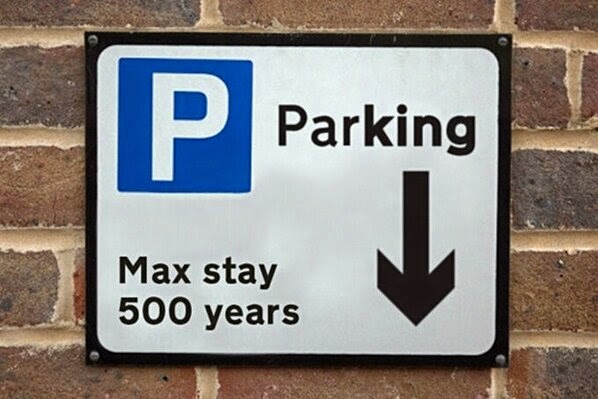 It was fascinating how archaeologists verified the skeleton's identity, not just by the severe scoliosis of the spine, but by a DNA sample taken from a distant Canadian nephew descendant, Michael Ibsen (pictured below). I thought it was very touching that Michael, a carpenter by trade, personally handcrafted the wooden oak and yew coffin in which King Richard was recently reburied. 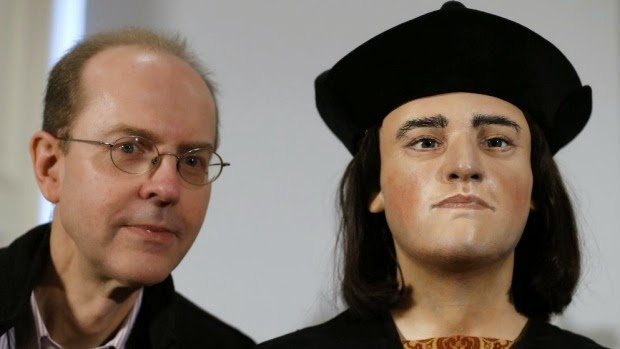 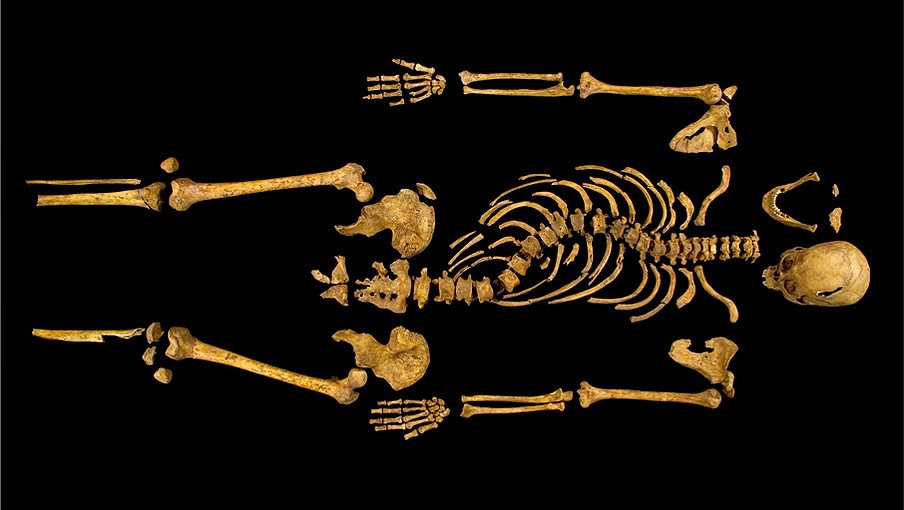 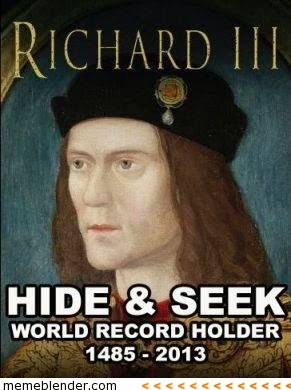 There is such a fascination with royalty???

This story has also fascinated me. And imagine finding out you are related to a historical figure? That is pretty cool!

Whoa, look at the curve of that spine. Given that and the mattress technology of the time, I bet poor Richard 3 had a tough time getting a good night's sleep. I didn't know the part about Michael crafting the coffin, that is a nice "aww" moment.

I didn't realize Richard III was hastily thrown into an unmarked grave! That is definitely amazing how his remains could be identified centuries later.

it's hilarious how so many ladies are obsessed with the evil tyrant and murderer and are ready to manipulate with history just because he was played by some hunks on TV or film....

I too love anything historical - the older the better. I followed the whole discovery and process right through - amazing.

Great post, Debra! You always make history very interesting with your wit and sense of humour. A great history teacher you would make!

This is such a strange story.

Realy. It's one of those "Truth is stranger than fiction" things. Which seems to happen a lot when talking about the British monarchy...

If you had been my history teacher, I would have brought you apples every class (never poisoned).

This is delicious! And that last image is hysterical.

This is one of the reasons I love your blog! History and lols together in one place. You, my dear, are a master of the genre!

I am still fascinated with that era of history right up until Elizabeth ! the last of the Tudors..and I never bit into the evil Richard 111 either..but I have always wanted to know what happened to the princes..I think it was Elizabeth the mother of Henry VII...I think that is who she was.??

Love the memes, so funny. Especially the Black Adder and Hide and Seek champion. You always have such great history stories. I can't wait til tomorrow.

WOW, that spine!
I am fascinated by English history, especially all things medieval. I LOVED visiting the Tower of London. It's surreal how old that building is. So many buildings there, makes America feel like a child. That's actually a pretty accurate comparison. America is like the surly teenager of the world, only eating Cheetos and watching crappy reality TV.

Is that a wax dummy, standing next to the guy with the smile?

Have you read 'The Daughter of Time' by Josephine Tey? Historical fiction, but quite well-researched and her conclusions regarding Richard the III's likelihood of being innocent of murdering his nephews... as well as the probably identity of the real murderer, and the reason it was done, seem very logical and convincing to me. Just keep in mind that it was written in the 1940's.

I think they can do DNA testing to see if he suffered from a mental illness that would have made him an evil child-murdering hunchback. That would be interesting!

Hi Dixie -- To answer your question, it's a facial reconstruction done on the skull of Richard III. For hair colouring and hat, etc, they relied on contemporary photos.

Hi Jacqueline -- To answer your question, yes I first read "The Daughter of Time" when I was a teen and a couple of more times since then. It may be from the 1940s but it is just excellent! For anyone who hasn't read it but is interested, I recommend it highly -- it is presented a mystery detective "who done it" kind of novel. Very entertaining!

I'm still chuckling over the "Hide and Seek World Record Holder." It's awesome.

I bet you were a ruthless debater and won it for your team. Right?

Hi Robyn -- You know, I don't really remember now but I believe my side won, yes. Or at least I'd like to think so. These days, I'm not quite as convinced of Richard's innocence as I was then, though.

I descend from these people. Believe me, no greater band of self entitled thugs and thieves ever walked the face of the earth.

I thought the fact that they found him in a parking lot was amazing. I think I did a post about it but I can't swear to it. I can't remember much these days.
I wonder if we will ever learn the truth about him?
I wonder what the fellow from Canada thought when they asked him for his DNA? I think he was in Canada, once again, can't remember!

They dug up the dude in a car park in Leicester. They then proceeded to try and charge his skeleton for overdue parking fines...

I've been fascinated with Richard III ever since my father took me to see the Olivier movie when it first came out back in ... well a long time ago! Became obsessed with the whole War of the Roses history. Most of it Tudor propaganda a recorded in Raphael Holinshed's Chronicles which were censored by Elizabeth's Privy Council least they "offend" the Queen. Shakespeare used it as his source and further buttered up the Queen. Great plays though.

that's so amazing! You know, when I was a teen I so wanted to be an archaeologist, but my doctor parents wouldn't hear of it. Bet that could have been ME finding old Dick! Well, from England obviously, not from Canada. Hey, maybe that's it. They didn't want me moving back to the UK!

Undoubtedly this is a monarch who still has the most charismatic persona and can be guaranteed to bring crowds onto the streets of his funeral procession. Amazing.

We have been fortunate to see Richard portrayed by several fine actors on the stage over the years, there is always a fascination as to what differing aspects of his character they will portray.

I remember watching a very cool documentary on this a couple of years ago. Amazing what they can do with science these days.

Fascinating character of history. Maybe villified by Shakespeare, and also his successor.

I've been following that story for awhile. That's really neat about his relative making the new coffin.

That looks so horribly painful, how did he even get around comfortably?

I would've loved to have seen you in action during your debate! These are such great signs! Of course the "Hide and Seek World Record Holder" is my favorite!

That is very touching about the coffin! I never knew that!

I still have to see this mister Bean Man.