Look Who's Back It's Peg City 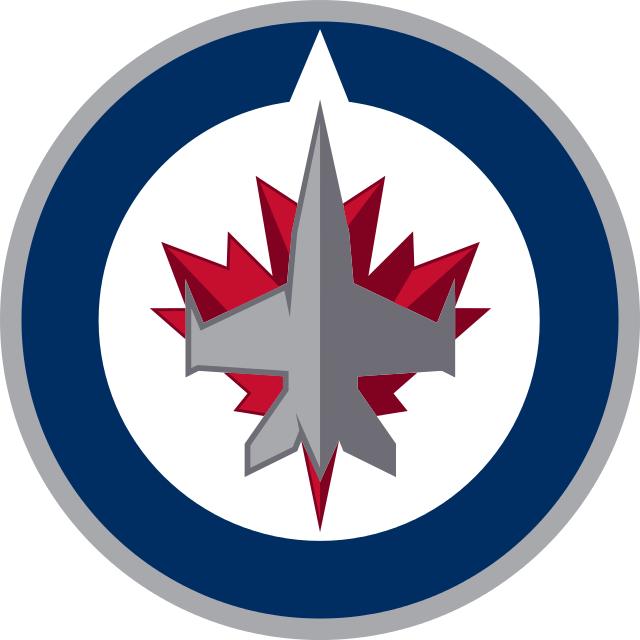 HOORAY! Five of Canada's seven NHL hockey teams will be in the playoffs this year -- the Montreal Canadiens, Ottawa Senators, Winnipeg Jets, Calgary Flames and Vancouver Canucks! But it distresses me to say that the Edmonton Oilers and Toronto Maple Leafs are in the toilet again, as usual. *shakes head sadly*

As a former Winnipegger, I MUST of course cheer for the Jets. The last time Winnipeg was in the playoffs was 1996, the same year the Jets franchise folded and the team was shipped off to become the Phoenix Coyotes. *sob* Thus began the winter of Winnipeg's discontent lasting 15 interminable years until 'twas made glorious summer by the team's return in 2011. (Yes, only Shakespeare can do justice to the tragedy of Winnipeg losing the Jets).

Now, of course, the whole city of Winnipeg is in SEVENTH HEAVEN over making the playoffs. Local musicians have recorded this super rap "Playoff Anthem" to cheer on the Jets. The lyrics even manage to rhyme players' names like Scheifele, Pavelec and Perreault. I notice they didn't attempt Byfuglien though.

Give it a listen -- it's very funny! The video has subtitles so you won't miss a single word. But just FYI -- the screen is dark until :09 seconds in and then the visuals begin.

Go Jets! Honestly though as a non-Canadian with no knowledge of hockey; I've been brought up with the belief that the Toronto Maple Leafs are the best team ever in the world.

good luck! we made it too by the skin of our teeth so i don't hold out great hope!

Since I don't know a darn things about sports, I'm going to dwell on my belief that the plural of "leaf" is "leaves."

Huzzah!!!! I truly hope that the CUP gets to visit Canada this year! :o)

Our team did pretty miserable this year, so I guess we can cheer for the Canadians. We won't be drinking any Molson while doing so, though.

I don't watch hockey (what kind of Canuck am I, right?) but I'm going to cheer for you! Love the video :)

That was AWESOME!!! I love that rap fight song, even though I hate rap in general. It's just AWESOME! GO JETS GO!!

I'm like Martha, no hockey in our house either. My excuse is that the Maple Leafs are from my home-town... My sister held the Stanley Cup last time they won... Maybe she cursed it? :)

Hooray for your team!

Yay for the Jets!

I'm a Toronto Maple Leafs girl but sadly there haven't been much to cheer for lately... I was actually hoping for them to end up last so at least we could look forward to a great draft pick but that didn't happen. I just want to see the Leafs in the playoffs again

I want the Habs to do well. And the supports in Montreal to behave. The latter is sometimes a bit more difficult.

Our local Hershey Bears are ranked #2 in the standings (AHL) so far..Good luck to them all...

I figured Calgary must have made the playoffs or something. When I went into the city on Saturday, EVERYBODY had those silly car flags on their vehicles. :)

Well - all I can say is that being a Winnipegger all my life, I cheer for the Boston Bruins. And don't even get me started on football... Go Eskies! *ahem* :) I won $10 in a pool when I was about 9 with Edmonton winning the game. I have been their biggest fan ever since. Not sure what this says, I can obviously be bought? :)

Go, Jets! Go! Win it for She Who Seeks and the rest of your fine country. Eh?

What?
I could never see the friggin puck!!
I used to watch Great Movies on Saturday night, instead!! Some Canadian, eh?!

I don't know anything about sports but much luck and fun to your team.

Great rap fight song! Best of luck to the Jets, though I'm really supposed to be rooting for the Blackhawks!