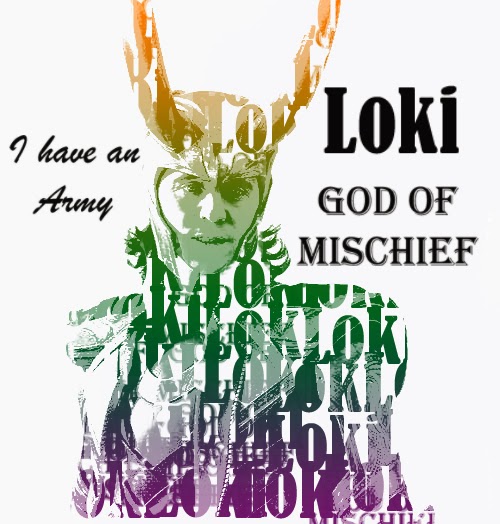 Some pagans propose that April 1st with its tricks, mischief and practical jokes should be a sacred day dedicated to the Norse trickster god Loki, who has new currency at the moment because of Marvel's popular Thor and Avengers movies. Others object to honouring Loki in any way because the ancient Norse people themselves did not traditionally sacrifice to, commemorate or honour Loki in any of their religious rituals. This is because Loki is not just a fun practical joker or a sometimes-helpful agent of chaotic change but can be quite a malevolent figure, especially in the later Norse myths as the Vikings started to encounter and be influenced by the Christian concept of The Devil. 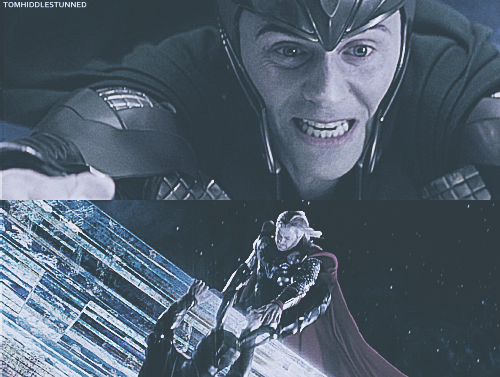 There is no doubt that Loki has The Devil's Own Charm (as does Tom Hiddleston who portrays him), so it's easy to see why Loki's new legion of fans want to honour him on April 1st. But if you do so, just remember that Loki is a two-edged sword and cannot ultimately be controlled. Not even by Thor and the other gods. I hate pranks and practical jokes, therefore, Loki is the antithesis of a god I would worship. Too volatile, like you say. It would be like worshipping Gordon Ramsey. That's just going to bite you in the tuchus.

So he can turn on you at any moment. Sounds like some people I know :) Happy April, Debra!

I don't think that anybody would celebrate Loki if there wasn't for Tom Hiddleston! So my suggestion is - let us make it a Hiddlestud Day! :)

LOL I have so many friends who would absolutely be in favor of Dezmond's suggestion!

Loki is a trickster; that's never a comfortable or safe power. Necessary but, yeah, like Coyote, nothing like the Disney or Marvel version.

I do like the idea of making it Hiddlestud Day!

Happy Aprils Fool Day! the weather is our joke of the day,

That is interesting about the Drum Group. And what a way to honor Wilma Mankiller.

I for one am glad its April. Winter is hopefully behind us all!

The only practical joke I've ever pulled on April Fools day was to call my Mother when I was in my forties and say "Guess what? I'm pregnant!" God lover her, she fell for that more than once.

Oh I've already done a good one in the name of Loki. This morning before David woke up I commandeered his computer and turned everything backwards on his desktop. Then I made everything really small. Not to mention I reversed the workings on his mouse. I'm such a bad, bad girl.
Happy Loki Day

The character Loki on the History Channel presentation of The Vikings is a puzzling character: loyal - un-loyal; good - bad; caring - dangerous... and attuned to the gods - definitely mysterious
the Ol'Buzzard

Hey, I agree with Dezzy!!

How about that? I didn't know any of that stuff. Neat or not neat, depending on your stance.

For me, I celebrate the month of April in a month-long celebration of the New Year, Spring.

PS: And we get a new gift and make a new goal for the season.

LOL @ Birdie -- Jeez, girl, you have a real hate-on for Christy Clark these days, don't you? LOL

Yes, indeed! Whenever Loki stops by to visit The Gods Are Bored, I have to count the silverware, the cats, and the books when he leaves. He taught my parrot to curse in ancient Norse and to bite for the bone. I'm wary of Him, much more so than Anansi.

Funny, I mentioned a Semitic mythical character today, you mention a Norse one. Loki is a very ambiguous god. Sadly turned into a supervillain by Marvel.

But I guess I'll have to support Dezmond's idea. :)

Hi Debra! I've always enjoyed April Fools Day, especially as a third grade teacher! Those sweet little kids trying to fool me! Dad always got me every year! I'm still shaking my head and laughing over Francie's question about bodily functions! Have a great day!

I've never been good at practical jokes, though once in a while I hit one out of the ballpark. Unfortunately, it usually happens after April 1st, as I'm always late.

Thoughts of Loki are making me hot and bothered, but more hot than bothered. Am I sick and twisted? I didn't need to ask; we know that's a rhetorical question.

Nobody believes me when I tell them Loki is the MOTHER of Odin's horse.

I do not like Christy Clark. That is all I have to say about that.

Are you totally tricking me??? Haha. Thanks Loki!!

Spooky!! Hope you had a good 1st..Happy 2nd..and Happy Easter

He is so cute! I hope you had a great April Fools Day ;o)