Frozen (Not the Disney Movie)

On my "Ask Me Anything" post, Martha of Plowing Through Life inquired: "What is the scariest thing that has ever happened to you?"

Like everyone, I've had a number of scary things happen during my life, some quite scary indeed. On two occasions, however, I was so afraid that I experienced the phenomenon of being "frozen with fear" -- I literally could not move, run, speak or make any sound despite desperately wanting to. Both of those incidents happened during my childhood. I'm going to tell you about the first incident, which actually was not objectively scary but was only subjectively frightening to a small child. It is one of my earliest memories, however, probably because my extreme emotion seared it into my brain forever. 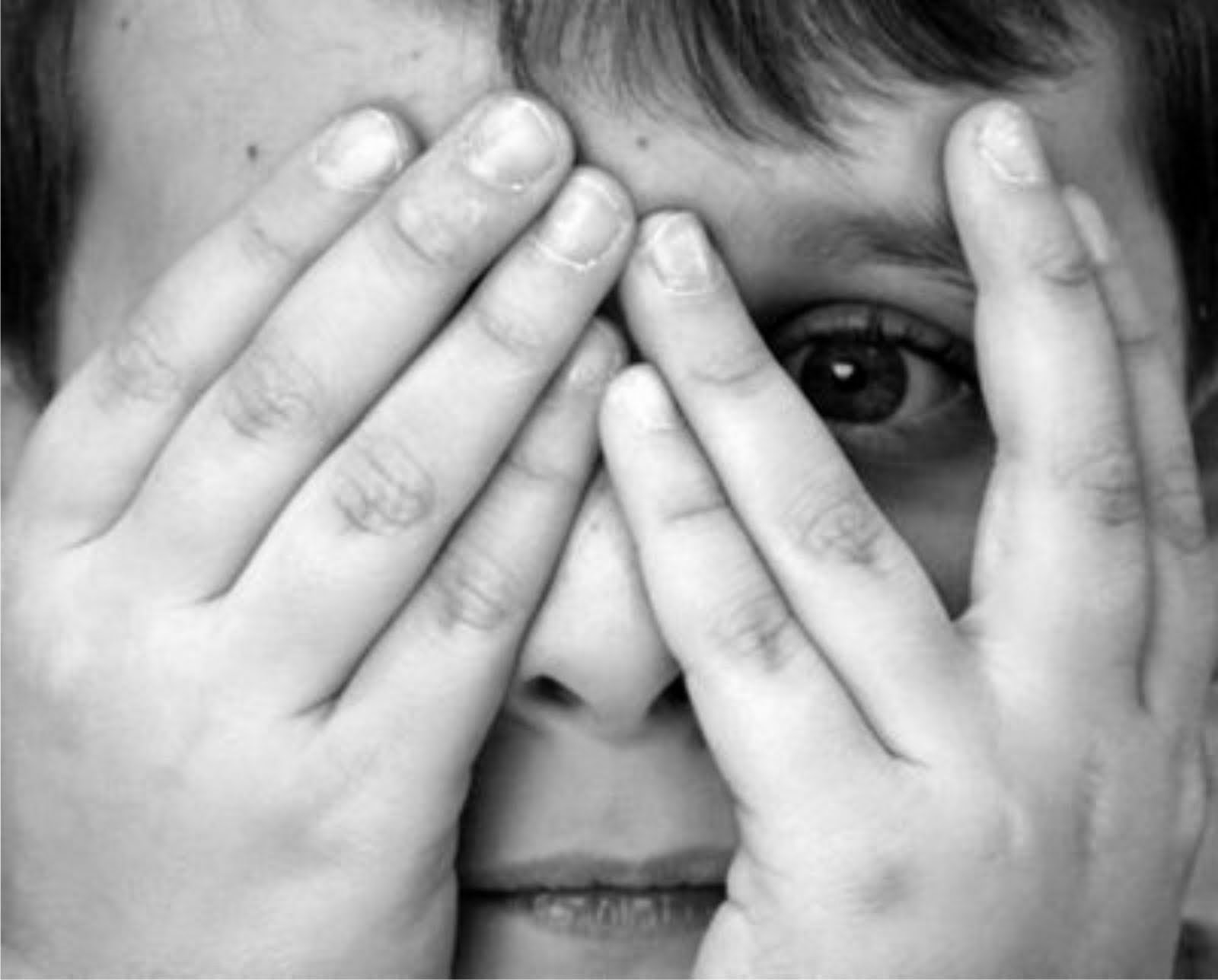 When I was four, my father was in a terrible car accident. He was a passenger in some drinking buddy's car (we were too poor to own a car ourselves). I'm not sure what happened -- whether the car rolled, hit another car, got wrapped around a telephone pole or what. But my father broke several vertebrae in his neck and back, among other injuries. He was damn lucky to ever walk again. He was in a full body cast in hospital for quite awhile. All this I know because of what people have told me. But here is my own personal memory --

I remember the day they brought him home from the hospital. He was still encased in a white plaster cast on the upper part of his body. The hospital guys carried him into our house on a board and put him on my parent's bed. All I could comprehend was that a huge white scary thing was being brought into our house and I was absolutely frozen with fear. (Believe me, if you've never felt that way, it is the weirdest sensation). My mother told me not to be scared because it was my father but (always the sceptic, even then) I did not believe her.

I did not believe the scary thing was my father until he spoke to me from the bed. As soon as I heard his voice, I unfroze and was no longer afraid. He asked me to come and sit beside him on the bed and tell him a story. I remember this so well. I told him my favourite story -- which, of course, then became forever associated in my mind with that incident. 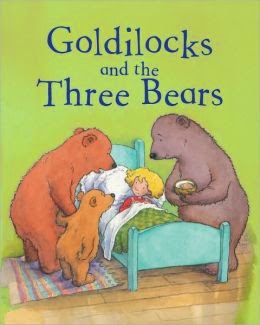 Labels: Ask Me Anything, Down Memory Lane

I'm glad you got over the fear and even read him a story. I can imagine how scary something like that must be for a child. They have such vivid and overactive imaginations.

my life, into my 20's, was one long frozen in fear experience.

Oh, how scary for you. As children we have such vivid imaginations and I can just imagine the things going through your head at the time.
Mary

did daddy fully recover after that?

Hi Dezzy -- Yes, he did although he had back pain for the rest of his life and eventually retired early on disability because of it.

That had to be terrifying for you; glad your father reacted in a reassuring manner, rather than with anger and ridicule.

I know the 'frozen in fear' moments.

I could imagine how frightening that would be for a child. But when you heard your dad's voice, I am sure that's the best feeling in the world. To melt away from that fear.

Looking through the eyes of a child that sounds terrifying and then some: (technically your dad isn't home), a huge white monster is deposited in your parents' bed and your mom doesn't look to sad about having the thing home... scary!

What a traumatic experience! It's always interesting how certain things, events stick with us into adulthood.

I get fearful when I think of my most fearful moment..which Im sure you know what that is..

over from Martha's blog to read your scary moment, thanks for sharing.

Oh my goodness, my first thought was for your poor mother - having to care for someone in a body cast. Women are soooo strong. Glad you un-froze.

Wow! There is so much we do not understand as children. It is amazing when we look back at how distorted our perception of life was.

I do not remember a time when I was so scared that I froze. Yet, there have been times in my life that I have been confronted with experiences that are horrifying enough to have that reaction, however, at that time I was knocked unconscious and stayed in a coma for a very long time after. Therefore, I have no memories of the incident. So I guess, my mind literally froze as a defense mechanism.

I recovered, and I am glad that your father recovered (for the most part).

So scary! I can't imagine being that young and not quite understanding what happened to dad. That is so sweet though how when he talked you overcame being frozen.

oh Debra, that is so sad,,, sometimes what one person thinks is terrifying is not to another, its all in the interpretation I suppose,,you poor little thing,,, thats a heart breaker for sure.

For children, events like that have a way of making our whole world stop making sense. It was no wonder you were frozen. I could easily see the small child refusing to believe the strange thing was her father - possibly even believing the thing had eaten her father!

Debra, I am so sorry! That would be very scary! Your father's back must have never been the same! I just read what you wrote to Dezmond. Bless your father!

My friend, I am sorry, I haven't been around in blog land very much, but I am back ;o) Big Hugs ;o)

Thanks you for sharing this memory, Debra! How scary. You father was extremely fortunate to be able to walk again! How intuitive of your father to ask you to sit and tell him a story. Such a familiar, normal thing to chase away scary things. I have been frozen with fear, and at some point I'll do a post about it. Have a happy weekend!

Back again! I just read your KR III posts. I always thought that he was a fascinating mystery and maligned by history. When we read Shakespeare's R III in grade eleven, I wrote an essay defending him. When I was in London last May, I made sure that I got to the National Portrait Gallery and ran to see R III's portrait first! It's the one with the red background in you Part the First post. I too have followed the recent news avidly! Have a good one, Debra!

This is a scary story. Even after all these years, I am sorry to hear about what happened to your father then.

I know frozen. I know it's good to let it feel the sun's warmth. A brave post.

I am wondering how long it took you, Debra, to fully recover from this scary experience? Like most experiences of this sort, they stay forever but 'soften'.
I agree, your Dad knew what to do to help you through this.

That's a powerful story, one that ends with a very sweet moment.

The freeze response is a very real thing and only in the last decade or so has it been investigated. We always talk about "fight or flight" but we don't talk about "freeze".

That could be very scary for a small child..Glad it turned out OK for you..All the more reason that children should be prepared for this stuff..Have a good weekend..

Oh my gosh, that is traumatizing. I can only imagine how frightened and confused you were. I'm so glad your father survived the crash. And thanks for sharing this with us. I didn't know what to expect when I asked that question!

Such fear when so young, my savior book is Winnie The Pooh! I would read it over and over again tracing my fingers over the pictures......just would make me feel better!
Hugs!

Even I'm scared for you. I'm always getting reminders that your life can be turned upside down at any moment.

I've never been that frozen with fear. At least from what I remember.

What a terrible experience for a child. I'm glad the sound of his voice thawed your fear.

Oh wow, I can imagine how terrifying this must have been to you as a small child. I'm glad they whole ordeal had a happy ending with your dad recovering well and all. :)

Thanks for sharing this. I know I told you this already but I'm honestly enjoying both you and Miss Martha with these posts.

I can totally get being frozen with fear in that moment.

I'm glad it was a short-lived fear. It's crazy how those things can stick with you. Forever.
And I'm glad your father could walk again.

Any four year old would be scared to death. Children under the age of 10 are highly impressionable. Sorry, Psychology 101.

I'm also sorry that I forgot to answer your 3 part question. I didn't see it until yesterday. So I'll be answering them on Monday. They will be the first ones answered in part with your others from yesterday.

Goodness, that would be scary to a child. My father was in a bad motorcycle accident and went through numerous surgeries. he had a hospital bed in the living room.

We will tell you a scary tale from my early childhood...
the lumber mills in my area many years ago dumped their sawdust and wood shavings in a large pile on the other side of town... (It was used to fill in a small "swampy" area....
Many folks would come by and gather up a load or so of this rotting wood (for their gardens"....
... Over the years "weak spots" ( where it had rotted a section inside of this Mound.....
.. the two neighbor Girls were with me and mom... I was 4 or 5 at the time... as we were climbing the mound... I suddenly disappeared into one of these "weak Spots"...
All around me was only suffocating darkness... Luckily the two girls frantically dug for me ... finally one grabbed my arm and the pulled me out....
... on a note the two girls (as adults) one lost both her arms in a machine at work... and the other committed suicide.....
... well they say No good deed goes unpunished...

Your dad was very smart to help you relax by reading your favorite story to him. This is a great tale of how you overcame your fear, Debra!

That's pretty amazing. I don't think I would have been that brave!