The Legend of Tintagel Castle 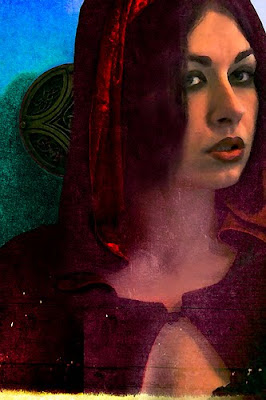 According to the Arthurian legends, Tintagel Castle belonged to Gorlois, the Duke of Cornwall. King Uther Pendragon lusted after Gorlois' wife, the Lady Igraine. So Gorlois placed Igraine in Tintagel Castle for safekeeping while he waged war nearby with Uther.

Merlin the Magician transformed Uther into the likeness of Gorlois so he could safely go to Tintagel and have sex with Igraine, who innocently thought her husband was visiting her. This deceit resulted in the conception of Arthur. Gorlois was ultimately defeated and killed by Uther, who then married Igraine. Apparently she held no grudge against him. Or if she did, it didn't matter. 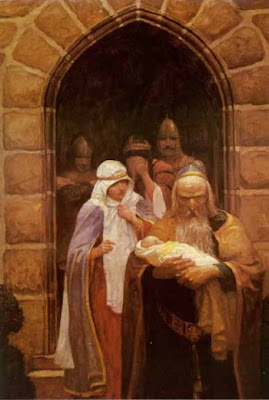 During Igraine's pregnancy at Tintagel, Merlin bided his time and waited in his cave on the shore below the castle. When Arthur was born, Uther Pendragon immediately transferred his son and heir into Merlin's care. Merlin whisked Arthur away, placed him with a noble foster family and personally trained him to become the Once and Future King.

Again, Igraine's thoughts and feelings about these actions were seemingly not important. She definitely got the short end of the stick in this story.

Fascinating mythology. And so typical right? Women's voices never heard. Good thing we modern day wenches can blog out what we have to say...LISTEN TO US ROAR...and cry...and laugh...and comfort one another...and change the world one blog post at a time...ok NOW I'm getting a bit full of myself...or maybe not.
xo

"Are you the mother and father of the baby now, Merlin?" - Morgan LeFay from Excalibur

I love Authurian legend. I disappeared into it when I was young.

I read every book I could find about Authur and Merlin...but I didn't remember reading that about the mother of authur...sad...

What a confining place to be forced to spend one's confinement!

I love myths, and want to know more about these. Staying tuned.

Which is why I refuse to carry and birth the future Buddha or the oft-mentioned returning Jesus. I'll take the kid that repeatedly punches his brother. At least I get to keep him.

I, too, was thoroughly enthralled with Arthur, Camelot, and all the legends when I was young. And have always wanted to visit the sites of the legends.
I shall now do so vicariously through you. Thank you!! :0)

"Apparently she held no grudge against him. Or if she did, it didn't matter."

Which is why I absolutely LOVED "The Mists of Avalon". I fiendishly devoured all myths and legends, but it always bothered me how girls got the crappy deal. There's not much to admire about a man who uses deceit to sire a child, then kills the man he cuckolded and finally forces the woman he raped to marry him. Aaaah, chivalry.

The top picture of a modern Igraine is lovely! Who is the artist (if you know)?

No, submerina, unfortunately I don't know who the artist is. I found the picture on teh interwebs and just thought she looked like a woman who seems slightly suspicious, like she is unsure whether she should listen to her intuition or not. "You look like my husband Gorlois, but there's something different about you that I just can't put my finger on . . . "