Want to read a funny book? 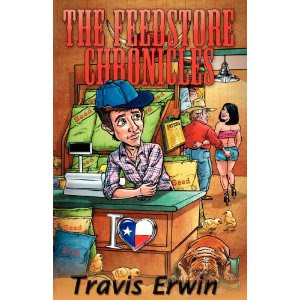 Travis Erwin, who writes the blog One Word, One Rung, One Day, has just published his first novel and it's a doozy! The Feedstore Chronicles is the hilarious autobiographical story of Travis's own coming of age, but a little embellished with the finest of fine Texas bullshit, of course.
Travis spent his high school years in Amarillo working at Pearl's Seed and Feed for an unscrupulous moral bankrupt named Doyle Suggs. A parade of weird and wacky characters traipsed through the store, including some unforgettable animals as well. Let's just say that after reading this book, you'll never look at bulldogs the same way again. Or pigs or chickens, for that matter. 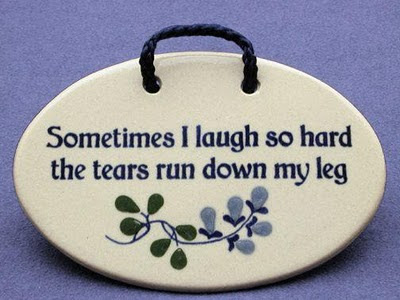 While the book recounts one laugh-out-loud funny predicament after another, Travis also has a keen eye for the truths and foibles of human nature. Another reviewer has called him "the David Sedaris of Texas." I think that's a pretty accurate observation, but I would throw a comparison to Mark Twain into that mix too.
Anyway, if you need a good laugh, pick up a copy of The Feedstore Chronicles. You won't regret it, believe me! The book is available on amazon.com in the U.S. and on amazon.ca here in Canada.
Posted by Debra She Who Seeks at 05:32

Great review! Sounds like a good book, it's a novel setting for a book and I can only imagine the rich characters that frequented that feed store!

I'll check this out, thanks for sharing ,

Sounds great! I'll take a peek at it over at amazon.ca

Thanks for the very kind words Debra and for blogging about The Feedstore Chronicles. I had a blast writing the book and have been having a great time promoting it as well. I love both Sedaris and Twain so I found your words highly flattering.

Hey, that sounds like a great gift idea for BF...Thanks!!!

Wonderful review and as always your taste is excellent! I always leave here with a huge smile and don't complement you as often as I should.

A fellow humor writer? Not only am I sold, I'm going to stop by and say hello, because someone who could only be described as Mark Twain and David Sedaris working at a feed store is an okay guy by me.

His blog looks good. Thanks! I'll have to wait for the large print version of the book.

I love that second picture as well. Sounds a lot like me. LOL!!
Mary

Cant wait to check it out!

Human nature is the best form of comedy! I will have to check this book out!

As a Texan resident for most of my life I have to say that looks like it would be a great read!

Always on the lookout for a great read. Thanks for the suggestion!

Beware this book! The Feedstore Chronicles has been known to induce chronic laughter, occasional wetting and/or soiling of britches, and prolonged longings for chicken-related activities. If you can handle any of the aforementioned side-effects attributed to this book...GO BUY THE BOOK! The Nerdy Poet has spoken. That is all. :)

Thanks for the recommendation, gonna check this out!

Thanx for the recommendation! :0)

Hi Debra, There's an award waiting for you over at my blog :)

Gotta love seeing another fellow blogger publish something. It gives me hope as I plan to as well one day!

If you recommend it, that's good enough for me. I sometimes laugh til I cry, too - ha ha!

I'm so getting this one. Everybody needs a bit of Texan bullshit ;-)