That most creative of witchy writers, Magaly Guerrero of Pagan Culture, has honoured me with a Kreativ Blogger Award! Yowza, thank you, Magaly! It means a lot, coming from you!

Hmmm, now I must list 7 things about myself . . . so here are the last 7 movies I saw, whether at the theatre or on TV, Netflix or elsewhere:

1. Ted
The very best in foul-mouthed gutter humour -- LTIP! (laughed 'til I peed) 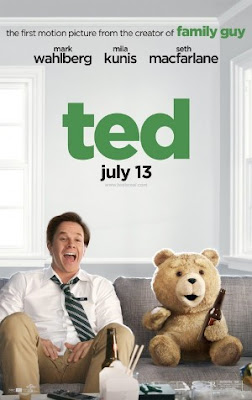 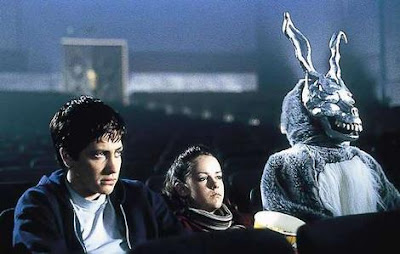 3. Gunless
A recent Canadian movie starring Paul Gross, who also wrote and directed it. A few laughs, but nowhere near as good as his previous TV series Due South and Slings and Arrows. 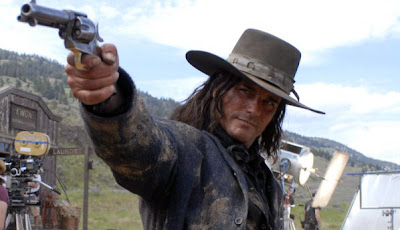 4. Fantastic Four
Crappy comic book superhero fluff but I have a thing for Ioan Gruffudd, the Welsh actor who played Dr. Reed Richards / Mr. Fantastic. His talents were sorely wasted in this film but I'm sure it paid well. 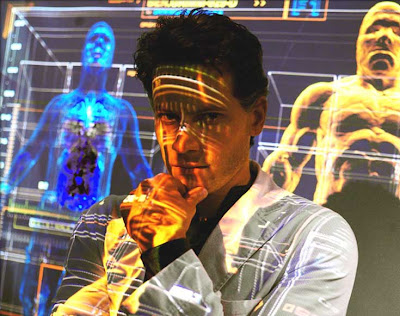 5. The Best Exotic Marigold Hotel
A fun and touching movie about getting older, set in England and India. See it if you get a chance! Judi Dench -- swoon! 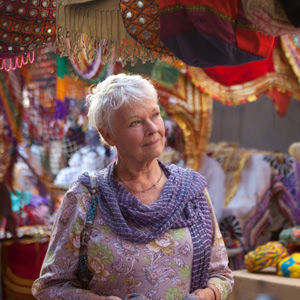 6. O Brother, Where Art Thou?
Always a fave! George Clooney and old timey music -- what's not to love? 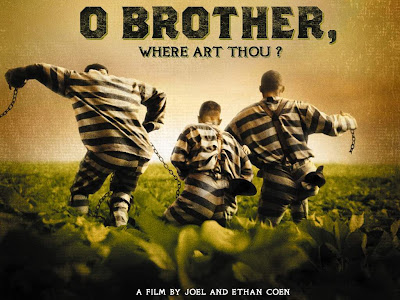 7. Legendary Amazons
I watched this stinker in the middle of the night on the plane coming home from Japan. It's a 2011 Chinese martial arts film bankrolled by Jackie Chan and written and directed by his no-talent brother. Meant to be a sweeping saga of the mythic Yang women warriors during the Song Dynasty, the film is an appalling mess. I'm probably one of the few people in the entire world who was stupid enough to watch it right to the end. 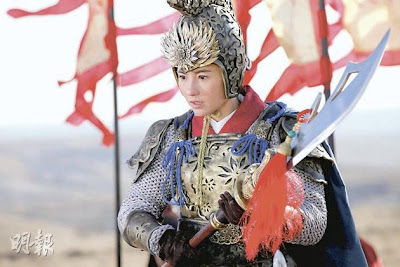 And finally, I must pay this Kreativ Blogger Award forward. I've chosen 7 new or new-to-me creative bloggers who I've just discovered in the past little while -- be sure to check out their excellent blogs by clicking on the links!

5. Kay G at Georgia Girl With an English Heart

Congratulations, Debra; you certainly deserve it! I was pleasantly surprised by your listing the movie 'O Brother, Where Art Thou?'. That is an absolute favourite of my husband's. He introduced it to me when I first met him and I really enjoyed it.

I recognize some of the blogs you've listed (they are certainly some of my favourites), but some I don't. I will have to check them out. So, off I go to explore...

haha...i will be sure to miss the last one and see some of the others! way to go on the award!

Congratulations your award, Debra! I laughed at your choice of this personal things to share, you mysterious woman, you! All I could picture was your gloved hand holding the remote control. Ha ha! Anyway I congratulate the new winners and look forward to checking out those blogs!!!

Debra? Do you like movies about gladiators? (From "Airplane").

it's always great to get to know a bit more about you!

Congrats to you Deborah, and to the lovely blogs you've also chosen. Now I really want to see that Ted movie!

DEBRA! (Sorry, I've been up to my eyeballs writing 125 wedding invites for my friend and I can barely remember my own blasted name!)

Congrats on your award, Debra. I always think of this as a special place to visit. You have a way of turning my day around.
Mary

Congratulations Debra! Thanks for the award, you are so sweet! Will be checking out some of the blogs I am not familiar with yet. I am really out of the loop on movies, the only one I have seen is O Brother... Know what you mean about those stinker movies. I figure I have already invested an hour into it and think that somehow it just has to get better! But they never do! When will I learn!

I lurv Ioan too and Judy Dench (Bow immediately)!
LEGENDARY AMAZONS had the most amazing posters and art, too bad it was a bad movie in the end.... I still haven't seen it.

Debra, congratulations on the award and thank you so muchf for the honor to be part of this list!

Congrats on an award well deserved!

Thanks! I also love the Marigold Hotel movie.

Congratulations on your award, Debra! I agree, your blog is very creative - I want to see Ted but haven't the chance yet...

Congrats on the award and to those you've passed it onto! The only one I've seen out of your list is Donnie Darko, which I really enjoyed. The Best Exotic looks most intriguing - I love the strong women Judi Dench plays.

(And thanks for your comment. I envy you having had twenty years leading a women's song group!)

Georgia Girl with an English Heart--the NAME ALONE makes me want to read!

A million thank yous for considering me and my blog for an award! Very sweet of you!! And might I add, I would leave my husband for Judi Dench! Just sayin'.....

Congratulations to you, and thanks to you, to me too! (Does that make sense?)
I watched Donnie Darko with my son, and I surprised him because I liked it!
Loved that movie with Judi Dench, I saw it on the plane to England.
And OH Brother Where ARt Thou is one of my favorites and my Dad's too!
No way would I see that movie with the Teddy Bear, it's just wrong to do things like that with a stuffed animal! :-)

only one i've seen is the clooney flick, mostly boring to me, though many of the songs were super

didn't know gross was still in the biz, long time since i saw him in anything - reminds me of banderas in this pic...

Couldn't go to a more deserving blog/blogger!! Way to go Debra!
Anything with Judy Dench in it is all I need in a movie!

The soldier and his wife went to see Ted and loved it. I am still hearing quotes from it! Oh I MUST see The Best Exotic Marigold Hotel. Thank you for the recommendation. **happy smiles** Deb

O Brother Where Art Thou? Is fantastic! Love that film! Paul Gross is one of my favorite Canadian actors! Have a great day!

I forgot to say, congrats on the award ;o)

Congrats! O Brother is one movie I just can't see enough of!

I've heard some good things about Ted and I may check that ne out. I adore Dame Judi-one of the best of her genteration.

PS I've got your blog on my Blogs Around The Globe on my sidebar.

Must add TED to the queue!

you deserve all the awards and more..

Exotic Marigold Hotel does look awesome. I hope to see it some day soon before it hits video, even. You're right about Fantastic Four...great potential but gah. So poorly done it's not even funny. Comic book movies are always hit and miss though, sadly. I've never heard of Gunless though. I might give it a look.