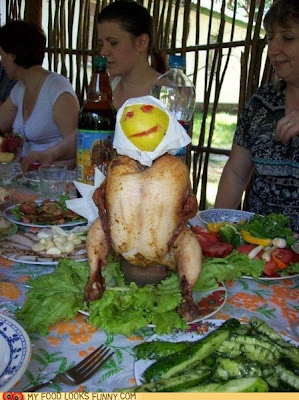 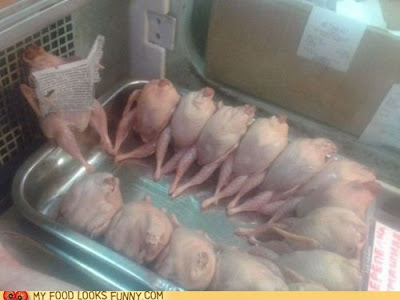 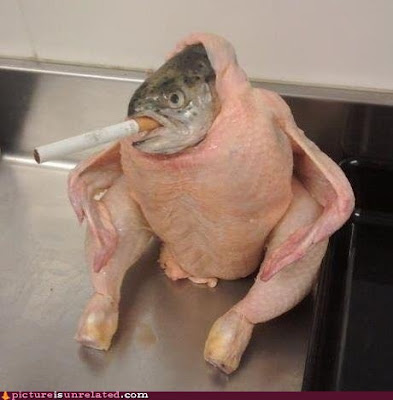 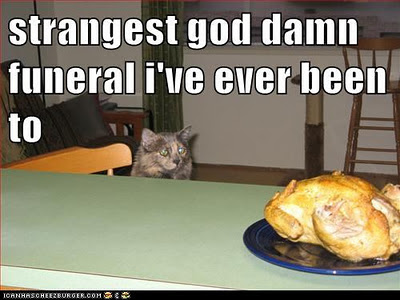 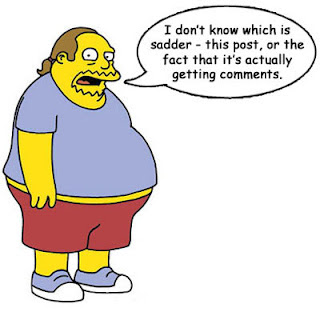 I love it when people have time on their hands to do things like this!

I am eagerly awaiting the return of HRH!

AHA! I knew they played with our food before they put it on the grocery store shelves! That image of the fish head is going to stay with me a lonnnnng time, Debra. Tossing cookies now.

Being a vegetarian, I'm with the fat guy in the last pic :PPPP

Gaaahhhh, the fish head one!

OMG!!! That fish head one is just too much.
Mary

Hahahaha...love these, Debra. Ack...the fish head. Happy weekend to you!

It can be weird where people draw the line. Its okay to position dead bodies if there animals, but its distasteful to do it if its a humans dead body.

If the chickens ever take over do you think they'll position our bodies for funny pictures? I'd like to be smiling and waving wearing goofy large glasses!!

Reminds me of old Victorian photos where they posed the dead to look as though alive, but way cooler! Is that a balloon on the first one?

My daughter-who recently became a selective vegetarian,ha-would be horrified. Us humans are a weird bunch, aren't we?!

Hi Betty -- I just assumed it was a grapefruit or something but you could be right -- maybe it's a balloon! Either way, love the babushka!

ha ha ha . I'm a bit partial to the quail reading the book - too bad it wasn't Cooking Poultry for Dummies. Have a great weekend!

The title sums it up...what the cluck?

ugh...and i was going chicken shopping tomorrow! i won't be dressing mine up! funny!!!

OMG! That Funeral one is hilarious!

Not so keen now on that chicken I was going to do for dinner tonight!

Too weird, but it does give me an idea for my fridge next time we have houseguests... ;)

These are brilliant and a great laugh going into the weekend.

Wow...some people really have too much time on their hands...playing with the food, yuck...

I am partial to the smoking fish-chicken. I miss smoking, sigh, it's been years. 1998. Anyway, have an incredible long weekend!!!

don't know about anyone else..but I have an urge for KFC

It's a whole new level to playing with your food!

And a happy long weekend to you, too!!!!

I can't stop laughing! The fish one is yucky!!! LOL!

My eyes! My eyes!

Tell HRH her subjects miss her!

That first picture is going to replace the Eraserhead chicken in my nightmares.

Do you know what's kind of fucked up funny? I am not a vegetarian but cooking an entire bird makes me cry. I was a hot mess this past thanksgiving. I cried while preparing the turkey. Anytime we put a whole chicken in the rotisserie The Husband has to do it. Weird huh?

The one with the fish head and cig is scary!

Debra you are so hilarious, only you can make me roar with laughter. hugs.

I don't know about anybody else but I will comment on just about anything!!!
I loved this, Debra!

I really have no desire to cook chicken ever again.

LMAO!!! Ok, you are just too damned hilarious!