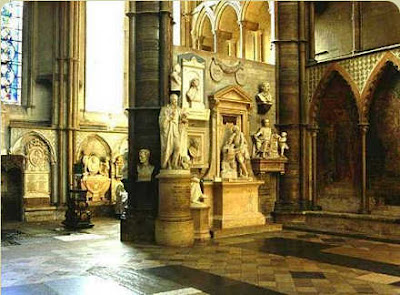 For nearly 500 years, Britain has appointed exclusively male Poets Laureate, starting with Ben Jonson in 1617. Some of the greatest British poets have been appointed to this post, including John Dryden, William Wordsworth, Alfred Lord Tennyson, John Masefield, Cecil Day-Lewis (father of the marvelous actor, Daniel Day-Lewis) and Ted Hughes (husband of Sylvia Plath).

But there has never been a female Poet Laureate. Elizabeth Barrett Browning was considered for the post, but in the end Alfred Lord Tennyson was chosen over her. And after Tennyson's death, the post was deliberately left vacant for years rather than appoint a woman poet. Eventually Alfred Austin (who?) was named Poet Laureate. Today he is reviled as the worst Laureate ever -- but better him than Christina Rossetti was the logic of the times.

But the long drought is finally over! At the beginning of May, Britain appointed Carol Ann Duffy as Poet Laureate. More about her tomorrow. In the meantime -- another glass ceiling broken! Hooray!

[This photo is Poet's Corner in Westminster Abbey where many of Britain's greatest poets are buried or memorialized by plaques, including some Poets Laureate of course.]

I never knew we hadn't had a female Laureate til now! That's great news.

didn't she have to resign? or am i losing my mind..?

Hi yellowdog granny -- Yes, there was a big poetry scandal in Britain recently but it involved another female poet. You're thinking of Ruth Padel, who was just last week appointed Oxford Professor of Poetry (another very prestigious position) but had to immediately resign when it was revealed she had conducted an anonymous poison pen campaign against her main contender for the post, Derek Walcott.