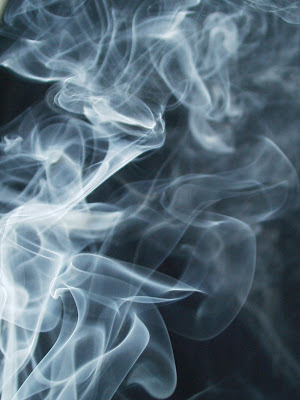 Both my parents smoked when I was a kid. Living in a blue haze was just our unquestioned reality. When I turned 18, I started smoking too. A stupid decision, I know, but there you go. I smoked for 15 years, a pack-and-a-half a day. Once I read an article which said that your degree of addiction could be determined by how long a time period elapsed before you had your first cigarette after getting out of bed in the morning. Getting out of bed? When my alarm went off, I would roll over, grab my smokes off the bedside table and light up. *aaaaaahhhhh* After that, I might think about starting my day.
Occasionally I contemplated quitting but I never tried it. Everyone said quitting smoking was too hard. Nearly impossible, in fact. "Harder to kick than heroin," they all said.
Twenty years ago today -- June 25, 1990 -- I had some day surgery performed in hospital under general anesthetic. Waking up in the recovery room, I rather groggily saw a man standing by my bed. He introduced himself as Dr. So-and-So, my anesthetist. "Gee," I thought to myself, "what a nice guy to take the time to be here when I wake up." Then he leaned over me and yelled in my face, "YOU'RE GOING TO DIE IF YOU DON'T QUIT SMOKING!" Apparently, my breathing was seriously compromised while I was out and they had to shove a bunch more tubes down my throat to keep my airways clear.
I quit smoking right then and there, cold turkey. I was told not to smoke for 3 days anyway because my throat was like raw meat from inserting the tubes. So I just kept on extending that period indefinitely. And I didn't use the patch, nicotine gum, hypnotism, acupuncture or anything like that. I just kept on resisting one cigarette -- the next one.
Was it tough? Sure. Was it the toughest thing I've ever done in my life? Absolutely not. Actually, I'm kind of pissed off at all those people who said it was impossible to quit smoking. Believing them held me back. If I'd known it was so doable, I'd have quit years earlier. 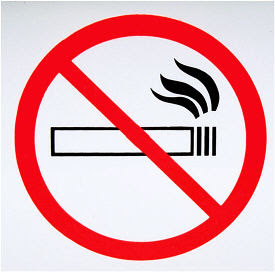 You make it sound like a totally doable thing which is good...
hope many more people turn their lives around and quit this dangerous habit.

Congratulations on your success and your determination...YYEEEHHHAAA...you're a winner...

Congratulations on beating an addiction! I think each person's experience is different, however, it intensely pisses me off when someone makes broad strokes about how impossible it is to quit....eating/smoking/drugs/alcohol.... It would be a much better thing to document THEIR OWN PERSONAL STRUGGLE WHILE ACKNOWLEDGING THAT EVERYONE'S EXPERIENCES ARE DIFFERENT THEREBY NOT DETERRING SOMEONE FROM QUITTING A HARMFUL HABIT.

You are really awesome, Debra, and you should know that. How many people actually manage to quit smoking, when it actually comes down to just resisting the next one. I am proud to know you.

Nothing life threatening, but last year, my doctor told me to quit coffee, then compromised and told me I could have a mug a week. But I knew if I had that mug, I would ultimately slide back, so I quit. I do miss my coffee, but I am glad I had to courage to do it.

Smoking is much, much, much more difficult. You are amazing.

Good for you! I quit with the very same method, ten years ago. This was after almost 30 years of smoking. It was a bitch to do, for sure. I haven't missed them at all.

Way to go! I was a foolish smoker at one time too, then the day came when I was through with it and just walked away from it cold turkey. I think the gum and patches are a hindrance because they keep your addiction to nicotine in place eventhough you are not smoking.

Congrats. Smoking is one vice I never grabbed hold of.

It's been 15 years for me and I used almost exactly the same method. I just kept postponing my next cigarette until I discovered I was able to think of myself as an ex-smoker. Doesn't mean I haven't thought about having one from time to time, especially as my husband still smokes. But all I have to do is remember the torture I went through when I quit and it is enough to keep me an ex-smoker.

Wow - that Dr. had some great bedside manner! What a great pep talk though - did the trick!

Smoking tobacco is for total losers.

Happy anniversary to you...I think this calls for a double espresso and a pastry (don't worry I will share)!!!

Congrats, but don't you just miss the feeling of the cigarette rolling between your fingers as you light it. Then that first puff of the day, and the slow exhale afterwards. And you wait for the next few seconds when that gentle nicotine buzz starts coursing through your veins. Ahhhh! That's better.

I tried smoking when I was in college because of my friends did. But after about a month, I quit because it was too much work for me. I'm a neat freak so I always had to empty the ash tray, or stand outside in the cold to get a smoke. Pluse the kicker was when one of my more astute friends said to me, "Corey, that cigarette just doesn't go with the image that you project. It doesn't look believable."

Well, I'm not a fake, so I stopped immediately.

~breathing fresh air...expanding those lungs to their fullest...how rewarding for you!! congrats on your success and making that decision to quit...a battle easy to conquer if your mind is made up...warm wishes and bright full moon blessings upon you and yours~

did i ever tell u my story about how i quit smoking?
back in the 70's this guy had been married had a kid and got a divorce and then came out ..had a partner and wanted to get custody of his son as his xwife was a druggie and an unfit mother..it was in news all the time as it was a big thing back then..homosexual couple to adopt a boy..so im smoking 4 packs of camels a day and thom who was about 6 comes to me and is crying to beat the band..said i was going to get cancer, die and he'd be an orphan and homosexual couples were going to adopt him...he of course didn't even know what a homosexual couple was but he knew they were adopting a boy and he didnt want it to happen to him. i'd hide in the bathroom to smoke and there would be tommy's little fingers waving under the door and crying.'mommie mommie, your going to die and leave me an orphan and homosexuals are going to adopt me...'..this went on for days..i finally quit smoking..it was easier to quit than to listen to thom's wails and crying...ha

i smoked long ago. i was not a great smoker though. i could go forever without smoking and then go out with friends and smoke a pack. then one day i remember thinking to myself....would i ever build a fire and stand over it and inhale the smoke? that did it for me!

Pat yourself on the back! I'm proud of you.

i quit cold turkey, myself... after i started hacking blood!

YAY for you... I'm still on the 'i'll quit tomorrow' bandwagon.

Sadly I am also in the 'open eyes, smoke ciggy' gang too...

Good plug for the "of course you can stop smoking and be healthier" approach to addiction. Thanks for telling your story.

On July 4th I will hit my first year of nicotine cessation...my own Independence Day. I smoked for 49 years and one day just put them down and never looked back. I did so with the help of an online support group...not NRT's. I wish I could say I came out of it completely unscathed, but I do have some shortness of breath. If I can stop after all those years...anyone can.
Mary

http://coreysviews.wordpress.com/2010/06/26/with-help-heterosexuals-can-become-gay/
you have to go read this..made me laugh out loud.

I, for one, am glad you quit. Now if you could just yell at my husband...

It's good to hear success stories like yours. Maybe if someone asks me why they should stop smoking I'll mention you.

Bravo Debra!!! My mother died of COPD from smoking, after years of debilitation. She was a belligerent smoker to the end - that was the addiction. Ugly ugly ugly. My husband's father died 2 weeks earlier of lung cancer. Same deal, belligerent smoker, I've got the right to smoke and nobody can stop me, blah blah blah. I hate tobacco and tobacco companies.

Wow, surprised the doctor was so frank!! Good for him!
I'm glad you posted this, hopefully it will spur others to do the same :)

I am standing and giving you what is called, "A Standing Ovation". Good for you!! One of the wisest decisions in your life. What a GREAT favor the doctor did by yelling that warning in your face!

I am convinced that smokers just need to find the right motivation to quit. In your case Debra it was a doctor you respected.

In my case it was a family member who came down with oral cancer. Watching him deteriorate and seeing his symptoms and inevitable death ensured that I would never again touch those "stink weeds".

If you smoke, find your motivation. Seek it out.