Every weekday morning from 8:00 to 10:00, the tai chi group with which I practice meets in the large hallway of a big local mall before the stores open. Members include men and women in their 20s to their 80s, although most are retirees in the 60+ range (like me). Most members are Asian but there's a fair-sized non-Asian group as well. We practice both tai chi and qi gong over the course of our two hours.

I call this group the best kept secret in Edmonton, because it is absolutely free! There is no cost to participate or learn. The group's founder, his wife and the other group leaders are dedicated to making tai chi and qi gong freely available to all for improved mental and physical health. And they have no other agenda, which is refreshing. 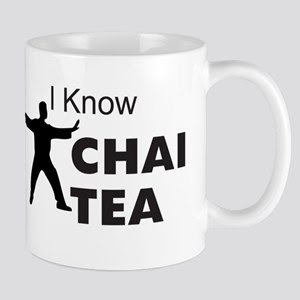 There is a teaching element to the group as well. Lessons usually run for about half an hour. In the past year and a half, I've learned Wu style tai chi, several Yang style routines, a sword routine and a fan routine.

And believe me, none of it came easily! I am not a physically adept person, not an athlete, not a dancer. As Jenn from Coffee on the Porch with Me said in a previous comment, tai chi is like "learning a dance routine for weeks and weeks, bit by bit and then it all coming together." Very true! My initial challenge when I first started was telling my left hand/foot from my right. D'oh! 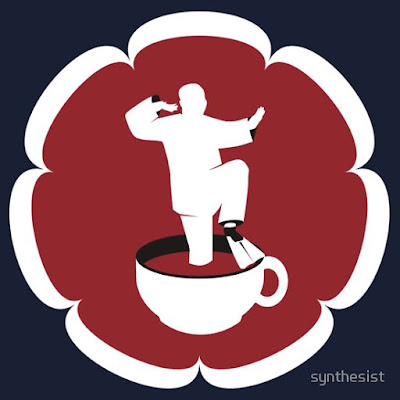 My next tai chi post will be about the fan routine. It nearly killed me, but I learned it! And it only took five months!

It is great that you are participating in this. Good luck and have fun!

I would love to learn tai chi. I really need to google if there are any classes near me.

Isn’t that what Sally Rand is famous for? Will there be pictures?

Hey you! Thanks for the mention - I had a Tai Chi "class" last night. I say class, but it is literally four people. When we get more proficient with our "Sixteen", we can join the bigger group for the "One-eighty" (whatever that means). Apparently we are doing Yang style, but as I've never done any other type of Tai Chi, I have nothing to compare it to. When the nice weather hits, we will practise by the river, which I think will be much nicer than the room beside the rink at the arena! The sounds of players practising and smacking into the boards isn't really conducive to meditative calm. :) -Jenn

That is fantastic! I have seen groups of people practicing Tai Chi at the beach on the lakefront and I'm always fascinated. The slowness of the moves belies their precision and skill. I bet it helps clear the mind, too.
I'm looking forward to reading about the fan routine. Probably beautiful and lethal if needed!

Hello Debra, I wish I had half your energy. Lots of people here practice tai chi, but I have never learned any--I am probably missing out.

I am looking forward to your fan routine--it sounds like something you learned from Sally Rand!
--Jim

Well, you have perseverance and determination...something that escapes me when it involves exercise routines. I took Tai Chi many, many years ago for a very brief period and I must have looked like a real dork or the Tin Man from Oz trying to contort my body and limbs. I admire your enthusiasm and say, "Go, girl!"

I love the fat that your teachers are doing this "just because."

Wow - this is inspiring. You are never to old to rewire your brain or learn something new. Keep dancing with fans Debra.

They have a class here at our local yoga studio. I have been looking for something to do on the weekends maybe this should be it.

I wish we had a tai chi group close by here. I practice using a video - not the same I suspect. Trying to follow along AND coordinate hands and feet is a challenge!

And does it leave you physically feeling better?

What a wonderful resource! I would love to find a group like that. I may have to move to Edmonton... The fan routine makes me think of geishas @:-)

@ DEZMOND -- Yes, tai chi does make me feel physically good. It has no cardio or aerobic benefits, of course, being so slowly done, but it does promote limberness and flexibility.

I do Tai Chi to stay active. Yeah, it's a series of movements in slow-mo as if you are moving underwater but it makes me feel better. More people should do this because they would feel so much better. Maybe you might be showing everyone how great this is. Thanks, doll.

My fitness instructor is doing a bit of tai chi most weeks in the cool down period. Some of it I find harder than the exercises. Only other experiences were on a boat in Ha Long bay and in the woods near here.

Oh fiddle! I just saved an image to show you and now I remember I can't post images in comments. Come over to my blog to see.

Next trick is to paint while doing Tai Chi and reading smutt comics all at the same time.

How wonderful that the instructors offer this for free! Good for them for bringing more harmony into the world.
Do you have a fan, Debra? I would recommend against putting poison on the blade ends until you are fully adept at the art. Lol.

You have to keep it up if you want to stay good at it. I took judo 50 years ago. I was in a lot of tournaments and won a few trophies. I couldn't do any of it today.

It requires patience by the sound of it. Good on you!

I admire your discipline and perseverance! Who knows, maybe the Fandango will be next?

Have you noticed how much better your balance is?

@ jono -- Yes, my balance is better than when I started but still, no walking on a tightrope or crossbeam for me, LOL!

You can hold the tea for me.

With the group's permission, perhaps you can post a brief video of them. Or a video of you.

Good for you! I've never been near an instructor.

Good for you, Debra! Keep it up!

sounds like fun - so how could it be good for you?

this is inspiring to have dare and fondness for learning more and more
i think this is truly called a "living" :)))

i saw video of that art and it was so compelling ,i will try to learn it when i will be having time ,right now i try basics of yoga to keep me in run :)
i would love about move that took months :)
best of luck for all ahead my wonderful friend!

How fabulous that this is taught for free; what wonderful people! I applaud you for doing this for yourself.

When you learn the sword stuff we will go into battle together.

Congratulations! I tried but kept on falling over. At least with yoga, you start off on the floor...

Gratis is good! -look forward to reading about the fan routine.

The joy of controlled movement.

I go to zumba because I wouldn't want to insult tai chi by my inability to learn it. In zumba, if you move in the right direction, that's good enough.

People with no hidden agenda? I had no idea such a thing even existed anymore!

How wonderful! These days it's difficult to find a good group, and a good group that doesn't charge for its services is a bit of a miracle.

Now, are we going to see your fan routine? I won't believe it until I see the pictures/video.

On a side note, I really miss Krav Maga.

Oh, how wonderful!!! Yay you! I've always thought it was beautiful and so peaceful.

Good for you Debra! I tried Tai Chi last summer and I think I was just a little too impatient to keep going.

our senior center will be going thru a makeover..and we are supposed to get 2 new tvs..so I suggested that we get a dvd player so we can learn yoga and Tai Chai..I'm so excited.

Do they let you Tai Chi under a strobe light?

That is great, Debra! It's always fun to join groups, especially when it's like the one you describe.

How fun to have such a varied age group to practice with. Learning a routine like this sounds like a challenge, but worth it when mastered!

@ Kirk -- Yikes, no! Although a disco ball would be kind of neat.

I want the mug.

I enjoy it very much. Well done on learning your routine.

From a very small amount of tai chi I did years ago, it took a lot of stressful focus that you have to be relaxed for. Not easy, but pretty darn cool. Congrats on nailing the fan routine!

Wow..you did it!! No surprise there..

It's brilliant to find something that helps you physically and mentally. I cycle to achieve this, I don't know what I'd do if I couldn't get a release like that.

I love that mug. I think I would love that class. Since I fell over taking my shoes off the other day, I might have to take balance lessons first.

I think this is excellent Deb! You must feel great doing it too!