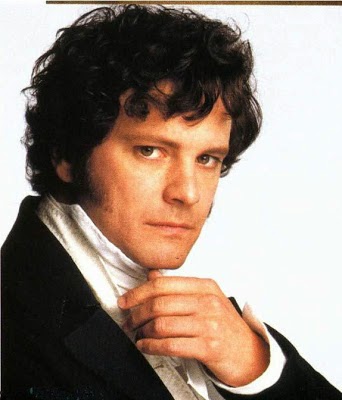 Yes, you HEARD me!

Your dashing Regency reign of my heart is over!

I have a NEW heart-throb now
from British days of yore.


Oh, the SLAP of her leather gloves!

I feel quite, QUITE faint!


Her butch lesbian crossdressing ways
have ENTIRELY CAPTURED my heart!

Have any of you watched this new HBO/BBC series? It is seriously worth your time. Gentleman Jack is based on the historically true story of Anne Lister, who was a wealthy member of the English landed gentry in Yorkshire in the early 1800s.

How was Anne Lister able to live as quasi-openly as she did in such homophobic, misogynistic, repressive times? Her class and uncommon financial independence allowed her to escape other women's economic fate of having to enter a conventional marriage and abide by the forced heterosexuality that came with it. Additionally, Anne Lister had a phenomenal amount of sheer bravery and bravado that allowed her to live the relatively free and unconventional life which she did.

Five out of five stars!

Money rules.
It looks very interesting, and the editing is hot!
I feel kinda naughty ...in a good way.

Aha!
So you end up watching the series? I KNEW you'd enjoy it!
Gentlemen Jack did have some privileges but she was absolutely fabulous. And dashing!
Bye bye Mr. Darcy....

Haven't seen it yet, but will definitely have to check it out.

First: Thanks for the recommendation.
Second: Yes, she looks hot.
And 3: Sorry, I’m not switching teams. Oh, Mr, Darcy!

i am going to love this! what an intro...so very well done.

Wow she is pretty smoking. I can see why your smitten. For me it's those coats.

The video won't play here but I know all about the programme and the actress who plays Anne Lister. Who is Mr Darcy?

I couldn't get into it, even though I tried, Surrane Jones is just a terrible actress, kinda like Olivia Coleman, fake and one dimensional. Wish they gave that role to someone with a deeper approach to acting. Orla Brady, maybe.

Sounds like something to actually watch. I will have to see if I can find it on any of the services I pay for.

Does Mr. Darcy really do anything that interesting? He is mostly the MacGuffin used to set Elizabeth on her social-climbing path. Anne Lister was a true original.
--Jim

That is by far, the best title for a post I have ever seen in my entire life.

Wow. I hadn't heard of this one. I'll have to look into it; HBO has some great shows!

I tried to watch this, really! I need subtitles. English is not my first language, American (well technically United Statesian) is, so this is hard for me to follow :) I will binge watch it when I have enough time alone to fully concentrate. It may take me a few months. I'll give it the old community college try!

Had never heard of it.

Have to look for that one!

Take the word "off" out of your title and I'm totally game! I'll take Darcy and you get Jack... ;)

I'm inclined to add a second "F*k off, Mr. Darcy."
Anne has arrived.

Loved that actress on Scott and Bailey and Dr. Foster as well. Firth can step aside for you, to be sure!

@ LL Cool Joe -- Mr Darcy is Jane Austen's greatest romantic hero from her book "Pride and Prejudice." He is the Gold Standard by which all men are judged.

Good for her. It is so interesting how some brave folks managed to live independently. Money surely had something to do with it. But sometimes wealthy folks felt society’s brunt. Maybe it was a combination of smarts and luck.

No HBO so I can't watch. I don't know if I would anyway. I'm not into the old English type shows. My wife would probably binge it.

You seem very passionate about it.

I’ll have to look for it!

The title turned me right off, friend D … and no, I do not believe in Jesus and redemption and forgiveness … but I do believe in goodness. Much love, cat.

I loved the series! Have you seen the video of the theme song?
https://www.youtube.com/watch?v=YInK5yhBQE0

Brilliant - although you can't get it out of your head afterwards.

I saw this when I was streaming a while back and looking for something new, and like you, this is a bad ass chick that I fell in love with. I had no idea that she even existed, and was thrilled that this was a true story. Definitely worth watching for sure! Hugs, RO

Now I know about Anne Lister. Knowledge has been gained thanks.

I'll have to watch it, sounds good.

Sorry I don't have HBO...Sounds like my kind of fare..Love those BBC type shows..

I've been meaning to catch up with that series. I only got to see part of the first episode with Darling Youngest.

I'm always looking for a good show to watch and since Directv just gave me discounted HBO, I'll give this a try after The Outsider is over. (What a kick-ass show that is!)

On a side note: I watch 90-Day Fiance' - a trashy reality show if there ever was one, and Darcy is one of the cast members. I was wondering what she did to piss you off. hahaha

I read about this show in The New Yorker. It got a good review. I like how they use 21st century theme music for a 19th century story.

I haven't seen it yet. I was wondering if it was any good. I do love BBC movies.

i agree that social stability help women to discover their capabilities regarding bravery and dare dear Debra
i enjoyed the video ,i wish i can watch it
i have pride and prejudice and have seen it few times ,mr Darcy can be real sometimes i think yet i think his support can blur the vision of his lady and can make her lazy in her attitude :)
blessings hugs!

Sounds almost worth paying for HBO!

I have't seen it (don't have the fancy cable subscription) but I've heard plenty about it. Lesbian twitter is all agog over it. I hope to catch it when it is shown on another platform.

Oh this looks like juicy fun! Unfortunately we don't subscribe to HBO so I will have to wait until Amazon picks it up which they seem to do with both HBO and BBC. Enjoy the series!

sounds great..will search for it.

This series sound intriguing, Debra. I hadn't heard of it, but I'll have to check it out ~ If I still have HBO. My cable company keeps taking things away, but charging the same. That's on Terry's To Do list, but it will be on mine if the cable company messes with The Young and the Restless!