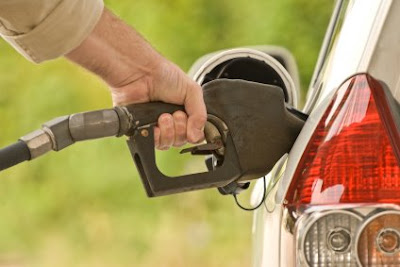 I once had a brush with an international terrorist in Winnipeg in the mid-1990s. No, it's true! Everyone shows up in The Peg sooner or later, you know.
Anyway, there was a very pleasant young Arabic or Pakistani guy who pumped gas at my neighbourhood gas station. He was good-looking, lovely to deal with and seemed to be genuinely engaged with his work and customers. I remember thinking, "Why can't more people be like him?"
Then one day I read an item in the Winnipeg Free Press about a local man who was arrested by American authorities at the border trying to sneak explosives into the States in the trunk of his car. The accompanying mug shot was none other than my friendly gas station attendant! Of course I recognized him immediately. It was so shocking!
The media didn't really make a big fuss about the story. This happened at least 5 or 6 years before 9/11 and we were all still blissfully ignorant of things like jihad, al-Qaida and sleeper cells. I certainly didn't grasp the full significance of the story until after 9/11.
I never saw any follow-up story about my terrorist, so I can only assume he was convicted and imprisoned. Who knows where he is today? Still in jail? Deported? Dead? I imagine him holed up in a cave somewhere with Osama bin Laden and saying "Well, at least we're not in Winnipeg!"