My family's admiration for all things British continued into the early 20th century. One of my older relatives was named "Baden Powell," after the Brit who founded the Boy Scout movement. 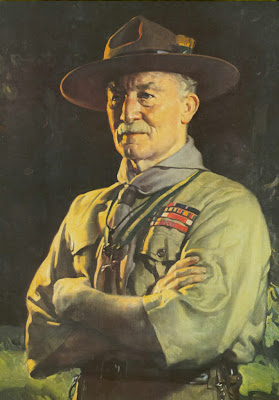 Another old uncle of mine was named "Minto," after Gilbert John Elliot-Murray-Kynynmound, 4th Earl of Minto, who was the British Governor-General of Canada from 1898-1904, the period when my uncle was born. 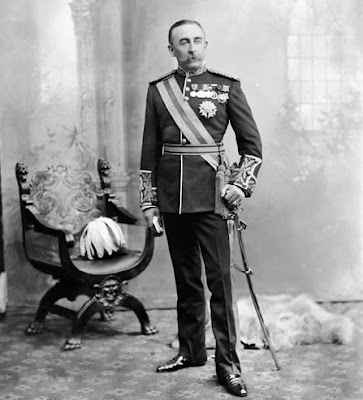 Nor were women in my family immune to this commemorative mania. A female relative born in 1917 was named "Vimy" by her parents to honour the Battle of Vimy Ridge. 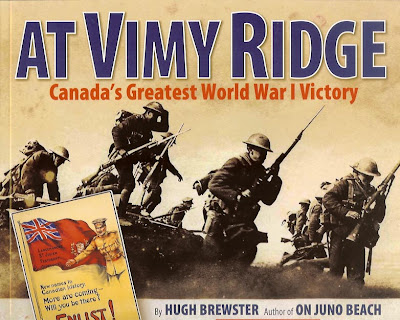 Suffice it to say, I never ever met anyone else with any of these particular monikers. These relatives truly had unique names and always stood out in a crowd!
Posted by Debra She Who Seeks at 05:31

Names are whispers of and from the soul, which is why I can't stand when people change mine into something "cute."

My family is into renaming. I'm happy to be the only Magaly, but we have enough Miguels to form a small army, and the Gregorios are blooming too lol

Why do I prefer those names to the ones today that all seem to be named after soap opera characters? The British thing? Could be or simply that they have some significance to their family. And they certainly would stand out during rollcall!

Oh my verification word is: lordroot

Minto? What a peculiar name :) but he does have a lovely uniform, I must admit.

What's in a name? A lot more than people think! I like how names given to people of years gone by were not only unique but held a special significance to the family members. Very cool!

I have a grandmother and a great grandmother named Mary. I have no idea which one I was named for.
Mary

I'm a little particular to the name 'Baden'. It has a nice ring to it.

Ya know..I love that..nick names have gone away it seems! When I lived in the south they often called me Sally..as it seems that was a nick name for Sarah. My Grandmother..born in the late 1800's was Winnie. I love that! Maybe that is why we call Mhanon..Nonni. Oh..no she called herself that LOL. But I love it anyway!!!
Hugs to you, Sarah

Ahhh, Debra you need to visit the blog Bewitching Names and have her investigate some of your ancestors names...I think I'll "invent" some names for my ancestors that are a little more exciting because I love yours so much ; )

what? no Thorns, or Ridges, or Bobs?..ha..I love the pride they took in their country..I wonder if when I have my first great grandkid they will name it Canada?...nah

Awesome that you are digging into your history. As far as names are concerned, I was probably named based on a baby book. But my grandfather was Peter, and after WWII, when he was alone in a firehouse, completely depressed, he swore he had a vision of Jesus. So there's that.

I had an amazing thought about 10 years before he passed to record his memories, transcribe them, and put together a book for my extended fam of his with CD for audio. It may have been the best thing I did in this life.

And your lineage story continues! How cool! You've got one of the most interesting family trees that I've ever heard about! Fantastic!!