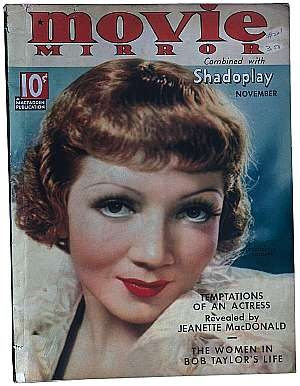 Auntie Chick grew up a poor farm girl during the Depression. She hungered for beauty and glamour, glimpsed only in magazines and movies. She always modeled her personal style as closely as she could on the Hollywood stars she adored. When she was young, pencil-thin eyebrows were all the rage. Therefore Auntie Chick plucked her eyebrows faithfully. But she did it so often and so thoroughly that eventually the hair did not grow back. That's why Auntie Chick essentially had no eyebrows. One was gone completely and the other one was down to a tiny tuft of hair near the bridge of her nose. Auntie Chick had to draw her eyebrows on with an eyebrow pencil. Luckily, she was quite artistic so her fake eyebrows were usually pretty even and well drawn. But she continued to draw pencil-thin eyebrows even when they were no longer in style. I think she did so on the assumption that thinner eyebrows could pass more easily as real than fuller eyebrows might.