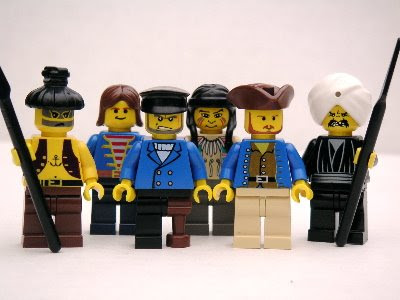 So I'm up to Chapter 52 now. Captain Ahab has nailed a gold coin to the mast as a reward for the first man who spots Moby-Dick and they're officially off to hunt the great white whale. Woo hoo! Let the mayhem begin!

But as I read chapter after chapter, my basic reaction to Melville's writing style is -- WTF? First, this book is a novel. Then it's a textbook (and a darn dry one, at that). Next it turns into a play, with stage directions and scripted dialogue, including lengthy soliloquies and asides. Just when you think it can't get any stranger, a musical breaks out, featuring singing and dancing sailors from around the world. Then it goes back to being a novel again. I mentioned previously that, in my opinion, Melville could have used a good editor. His erratic style confirms it. But hey, who am I to argue with genius?

When Moby-Dick was first published in 1851, it received "decidedly mixed reviews" (as stated by Wikipedia). In fact, a British critic at the time said that the book was "an ill-compounded mixture of romance and matter-of-fact. The idea of a connected and collected story has obviously visited and abandoned its writer again and again in the course of composition." Hmmm, precisely.

[Lego Moby-Dick crew by the Brothers Brick]
Posted by Debra She Who Seeks at 06:44

There are many layers to Melville's story - and perhaps its greatest charm is that we keep returning to it in our minds, to see if there is anything we missed in the meaning of the rich narrative.