The Phuckem Philosophy of Life 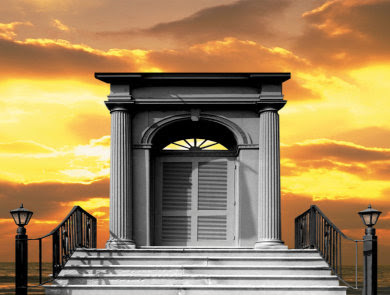 Stepping to the beat of a different drummer will, of course, inevitably bring you into conflict with those who say you must step to the beat of their drummer instead. Insistence on your own right to integrity will be called selfish, inconsiderate, wrong, dysfunctional, etc. And after that, the characterizations will really start to go downhill!
One day, many years ago, my sister and I were arguing about whether it is more important for gay people to be openly themselves than it is to accommodate straight people's discomfort with homosexuality. My position, of course, was that gay people's right to integrity trumps straight people's socially learned discomfort and moreover, straight people should just get over it. My sister, who was nearly apoplectic at this point in the argument, sputtered in frustration: "You know, you've got a real . . . a real . . . FUCK 'EM Philosophy of Life!" This brought the argument to a dead halt. Then we both burst into peals of laughter and a new expression was born!
But the truth of the matter is that, yes, sometimes you must apply the Phuckem Philosophy of Life (as I now more delicately refer to it). Sometimes you must do what is necessary for your own integrity rather than sacrificing it for the alleged best interests of others, and you must let the chips fall where they may.
Posted by Debra She Who Seeks at 06:30

ahhh, now i see why we get along so well...
fuck'em has been my standard reply to all suggestions that i should do this, or say that because its what people expect or want..hahaha