Tats to the Rescue 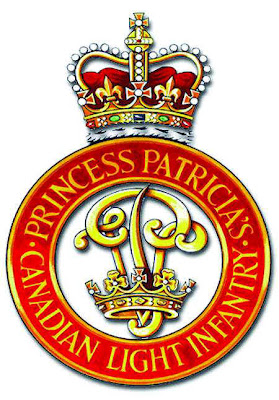 My father served with the PPCLI -- Princess Patricia's Canadian Light Infantry. After arriving in England from Canada, the Princess Pats were shipped to the Mediterranean, participated in the invasion of Sicily and then fought their way up through Italy and Nazi-occupied Europe until the war ended.

At some point, Dad was shot during a firefight in an Italian barn. He fell behind a low wall or divider, with only one arm protruding into the open. Luckily his sleeves were rolled up. A buddy recognized his tats and carried him to safety.

And that's how those sweet and wholesome tattoos saved his life. 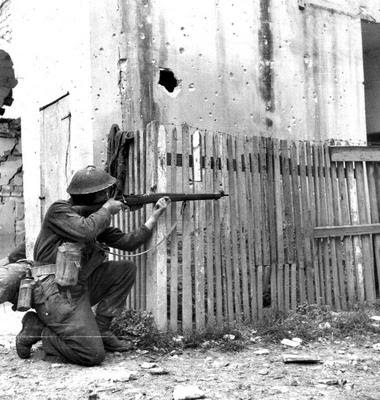 how old is dad if he took part in WW2?

Wow your Dad was a hero! I respect soldiers

Wow what an amazing story. I've heard similar stories about men in battle being identified and saved by their tattoos.

this has been an amazing series... I have enjoyed reading this.

It's been too long since I visited..
Chalk it up to a hectic summer..
Enjoyed the piece on your Dad..
I'm sure He's around somewhere, enjoying it too!
Blessings!

You're dad was obviously loved so very much!!! Thanks again for sharing his life stories with us :)

Fascinating story. Just an arm and a tattoo was all that could be seen. Wow.

Wow! Awesome story! Tats are distinctive and often one-of-a-kind. Glad they saved your dad and that you're here because of him!

what an amazing story Debra!

Thanks for sharing this Debra. My dad was also in the war...but alas, no tattoos. I"m getting one for him. LOL

My father was a soldier too. Too funny how much we have in common.

glad of that..or there would be no you.

lest we forget...stories like that are our history...so terrifying for young men everywhere.....the tattoo was their symbol of bravery...cheers to all the brave!

What a great story - it's not often you can credit a tatoo for saving you!

This is the first time I've read a story that changed how I feel about tatoos and why some people have gotten them. It's all well and good for me to "not understand" why they are so popular, but still remember that my generation did lots of questionable things... there is still judgment in there even when I don't want it.

But now? Well, first I'm trying to get rid of any judgments on my part. I haven't the right. But second, I want to hold your story about your dad very close. Others have similar stories. And I need to remember that we all have our ideas of badges. One man or woman's scar or "mutilation" is another person's badge or mark of beauty.

Thank you for your wonderful way of writing and for a series that did me some real good... in SPITE OF MYSELF! sigh...

I never imagined a tattoo being a life save. I love war stories like this one (which is probably why I fell, quite by accident, into a WWII theme with my summer reading).

Thank you for sharing. This series has been fantastic!

have you ever seen the movie "paisan"? your story reminded me of it.

Many of my clients, we work with the opiate addicted population, have tattoos. At some point, I always try to ask about them. The stories that cients tell are always rich and powerful, giving me clues to who they are outside my clinic and limited scope of being. Thank you for sharing.

What a cool story!

What a brilliant story!